NHSE’s director of commissioning operations for the East of England, Andrew Pike, will replace Clare Culpin as managing director. Ms Culpin will leave in June after 15 months in the role. 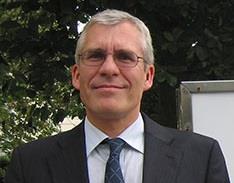 Andrew Pike has held several senior posts in the region

Mr Pike has held several senior posts in the East of England and Essex, including overseeing the success regime for mid and south Essex.

His departure comes as the national commissioner restructures its regional teams. It announced in March it was working on creating seven “single integrated regional teams” with NHS Improvement and will decide by September which national roles and functions will be combined.

The trust said Ms Culpin was leaving to “pursue personal interests and professional opportunities”. It praised her “clear and decisive leadership”. Ms Culpin joined the trust in March 2017 from Kettering General Hospital Foundation Trust where she had been interim chief executive.

The three trusts were first developing a “group model” to build closer working, under which a new joint board for the trusts was created, and is led by Ms Panniker. The joint leadership decided in January it wanted to pursue a formal merger.

The MDs of each trust report to Ms Panniker. They are not on the joint board but they are part of a “joint executive group” that sits below the board.

“We are sorry to see Clare go and thank her for her clear and decisive leadership over the past 15 months. During this time, she has overseen many improvements in service quality and performance, against a backdrop of increased demand. Clare is leaving us to pursue personal interests and professional opportunities and we wish her well.

“Andrew has a long and varied career in the NHS in Essex, in hospitals, primary care and commissioning. The managing director role will see him return to a provider organisation, and we are confident his wealth and breadth of experience will prove invaluable in the development of patient services.”

An NHSE spokeswoman said “We would like to offer sincere thanks to Andrew for the fantastic job he has done over the last five years helping to stabilise and improve the NHS in Essex and latterly in the East of England.

“His move to Basildon Hospital allows him, once again, to get closer to the front line of patient care which has always been his passion. Andrew leaves NHS England at the end of June and Adrian Marr, the current NHS England Midlands and East (East) director of finance, will take up the role of interim director of commissioning operations.”