How to improve patient satisfaction in maternity services 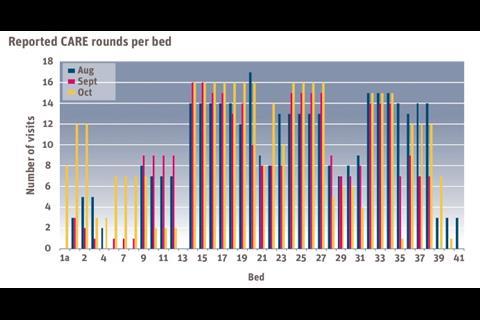 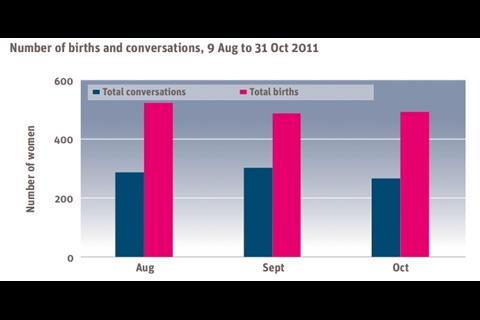 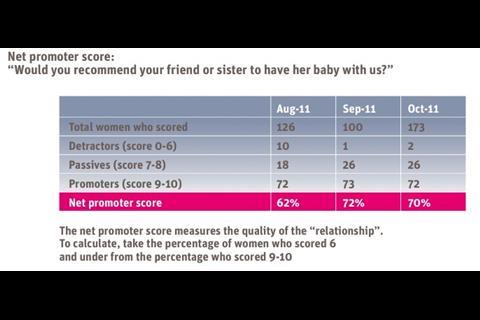 Like many maternity services, at University College London Hospitals Foundation Trust we were receiving a number of complaints from women and their families, many of which were about poor attitude and behaviour of staff. We wanted to improve the experience and build a more responsive approach to providing feedback in a timely manner for maximum impact.

One difficulty in addressing problems with attitude and behaviour is the time lag in receiving a complaint. Many arrived weeks, sometimes months, after the event, by which time it was difficult to identify staff involved. If we could identify the staff member, often they could not remember the event.

In addition, there was no mechanism for quickly providing positive feedback to staff that would embed positive leadership. The Midwifery 2020 report recommended moving towards individualised feedback to midwives and we were keen to explore how we could start to implement this.

We developed a proactive system to give timely feedback to all staff, both positive and negative. We introduced a CARE round – care; attitude and behaviour; respect and dignity; and explanations – on our maternity, antenatal and postnatal ward.

To trial the change we used the plan, do, study, act toolkit, a robust framework to test innovation.

The CARE round was based on the idea that if we could talk to all women on the postnatal ward daily about their experiences of our care, we could give direct feedback to staff involved in the previous 24 hours, during labour and postnatal care, and sometimes even less.

As a management team we could also address any systems and processes which may have been causing problems for women and their families. We aimed to be responsive and to resolve issues informally and, where possible, immediately, so that they would not trigger a later complaint.

Straight to the top

The 41 beds on the ward were divided between various members of the senior management team. This included our divisional manager, general manager, human resources adviser and midwifery managers. In all, 11 people were responsible for the 41 beds.

Each manager agreed to daily visits to the women in the beds allocated to them. If the beds were empty, or the women were not there, that was recorded. By allocating the same beds a small amount of continuity was built up for women who stayed more than 24 hours. This also gave us the opportunity to embed the initiative into our daily working culture.

It was agreed that the round would take place in the morning, with the proforma completed and sent to a central point by 2pm each weekday for collation. Each manager undertaking the CARE round also had to take responsibility for praising staff who were positively mentioned by women in the round. This involved praising them in public if they were present and in an email copied to the divisional manager, clinical director and head of midwifery.

It was agreed that negative feedback would be given to individuals via their line manager, so the feedback was given individually and privately, with an explicit discussion of the standard of care expected in the future. Likewise, system failures noted would be reported back to the managers responsible with an expectation that they would address them.

Women were also asked if they would recommend a friend had a baby here, and asked to score their care on a scale of 0-10, with zero being no good and 10 being very good. This was to give us a quantitative score relating to performance.

The fact that we could possibly improve care and reduce the time staff spent on answering complaints was used as an incentive to maintain their commitment.

An unexpected finding was that the staff working in the ward were very keen to have direct feedback after the CARE round conversations with women. Initially, however, some of the line managers were reluctant to give feedback on some of the more negative messages.

One unexpected problem arose when a staff member who experienced mild negative feedback then challenged the individual women directly when the senior staff member had left. We had not anticipated this reaction, and it should be considered and addressed in the planning stage in future roll-outs.

The middle table, on the right, shows comparison of births with conversations with women. It is important to note that some women will have been spoken to several times and the CARE round does not happen at weekends at present.

The net score is worked out by counting the percentage of scores given at nine and 10 (promoters) and deducting that total from that the sum percentage of all scores six and under (detractors). Scores seven and eight are labelled as passive and are not included in the net promoter score.

This is considered to provide a better measure than satisfaction surveys because people who rated the service as excellent were likely to promote it to others, while people feeling just satisfied were still likely to criticise the service to others.

Frederick Reichheld, who developed the concept, has described it as “the love metric” and said how important the quality of the relationship with the customer is to organisational success in business. It is therefore an ideal score for maternity services and other aspects of healthcare as the quality of the relationship and caring aspects are as important to overall wellbeing as hard clinical outcomes.

The net promoter score will not drive successful change in itself. That needs a desire to listen to what people are saying, real time staff feedback, and managers who are willing and able to act.

Our net promoter score for August was 62 per cent and had risen to 72 per cent by September. On the surface this shows a more than a 10-fold decrease in the detractors and suggests there has been rapid improvement in care.

One anomaly is that our team was not always robust in asking for scores as women left the maternity care unit. Because of the fast turnover on the unit we were concerned that some women might leave before we visited next day. This also meant some women were included in the numbers more than once, with the same score if they were interviewed on consecutive days. However, the increase in perception of care was maintained in November 2011.

From the random nature of bed occupation, with beds being allocated as they become available, we are reasonably assured of the sample being representative of our population with regards to women’s ethnicity, age, education and social deprivation. Therefore our sample sizes of 126 in August and 100 in September allow valid statistical analysis using the net promoter score methodology.

This has been a positive initiative, with women reporting back through the CARE rounds that it is a sign of quality to be asked about their care.

We need to continue the CARE rounds as it is possible that it is beginning to have an impact, although it is too early to be sure. There are early signs that complaints to do with attitude and behaviour are reduced but this could be a natural lull.

The initiative is going to be adapted and will continue the plan, do, study, act cycle. A great advantage of the model is its potential to connect everyone in the health service, in understanding and improving the experience of frontline care.

The positive feedback has allowed a sense of real pride in delivering good care to emerge over a wide proportion of our staff. We are planning to refine the system to collate the positive feedback by staff members and trial the introduction of a monthly award introduced for most praised staff member by women and their families.

We are also introducing a CARE round newsletter to all staff.

We have learned the importance of the scoring system now that we have introduced the net promoter statistical tool to measure success. Future patient satisfaction in information and communication technology should enable this real time feedback and individual and team reporting.

Although in its infancy the introduction of the CARE round shows potential to deliver measurable improvement in maternal satisfaction and raise staff morale and intrinsic motivation by ensuring they know when they have done a good job and the positive impact their care has had on women and their families.

By raising the profile of the caring, nurturing aspects of maternity care alongside the technical skills we hope to increase the standard across our maternity service.