Corporate manslaughter: with convictions on the rise, are you vulnerable?

A new consultation aims to toughen up sentencing for corporate manslaughter and responsible individuals. Samantha Cox examines the risks 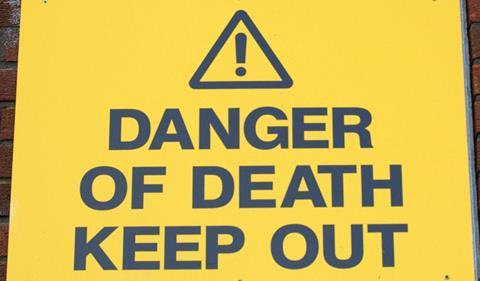 The enactment of the Corporate Manslaughter and Corporate Homicide Act 2007 was seen as a landmark change in the law – for the first time, companies and organisations could be found guilty of corporate manslaughter as a result of serious management failures resulting in a gross breach of a duty of care.

However, although the statutory offence of corporate manslaughter has been in place for seven years now, the defined margins of the offence are still in the process of being clarified through case law.

At the time of writing, the number of convictions for corporate manslaughter stands at 11.

There has been a marked increase in convictions over the past year or so: six companies have been convicted since January last year.

The recent increase in convictions is likely to embolden the authorities to continue bringing charges of corporate manslaughter in further cases.

What is corporate manslaughter?

The act replaces the old law of corporate manslaughter.

It does not impose any new duties or obligations on companies but is linked to existing health and safety requirements.

An organisation can be found guilty of corporate manslaughter if the following elements are proved against it:

If found guilty of the offence of corporate manslaughter, the organisation will be subject to a fine.

Currently, the sentencing guidelines state: “There will inevitably be a broad range of fines because of the range of seriousness involved and the differences in the circumstances of the defendants. Fines must be punitive and sufficient to have an impact on the defendant.”

The guidelines suggest that the appropriate fine will seldom be less than £500,000 and may be measured in millions of pounds.

However, the legislation is yet to be tested against a large corporate defendant.

Judges have given consideration to factors such as the impact the fines will have on the companies and whether the firms have made any monetary gains from their actions.

It should also be appreciated that the Sentencing Council for England and Wales has published a consultation on new guidelines that suggests fines for corporate manslaughter should be increased.

The draft guidelines propose that a medium sized company with a turnover of between £10m and £50m could expect a fine ranging between £3m and £7.5m for the most serious offence and between £2m and £5m for a less serious offence.

Very large companies with turnovers substantially higher than £50m could be fined more than £20m.

We are currently awaiting the council’s response to the consultation.

From viewing the cases that have progressed to a charge of corporate manslaughter, it is clear the prosecution process is not a quick one.

The cases that have been heard so far have taken between 18 months and 63 months to be decided from the date the incident occurred.

It is often the case that individual directors and senior management are prosecuted under the common law offence of gross negligence manslaughter alongside a corporate manslaughter case.

Individuals within the organisation can also be prosecuted for breaches of the Health and Safety at Work etc Act 1974.

Individual prosecutions of senior management can assist in bolstering the chances of securing a conviction for corporate manslaughter.

Indeed, in around half of the convictions to date prosecutors have also pursued individual prosecutions, some of which have been upheld and resulted in large fines – and prison sentences in two cases – being imposed on individuals, usually under the Health and Safety at Work Act.

To date no charges of corporate manslaughter that involve care home organisations and companies have been concluded.

However, one case involving a care home provider is scheduled to be heard in the courts later this year and the sector will remain vulnerable to such charges if steps are not taken to ensure that appropriate health and safety measures are promoted by senior management.

There are steps organisations can take to reduce the risk of prosecution. They should:

Samantha Cox is a solicitor at Ridouts