What does the NHS's new medicines savings drive mean for pharma?

Steve How and Sue Thomas, of Wilmington Healthcare, explore how pharma should engage with CCGs on prescribing saving targets 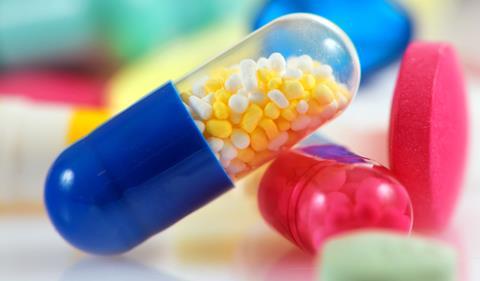 According to NHS England’s chief executive Simon Stevens, NHS prescriptions have risen by 50 per cent in a decade and GPs are now handing out more than a billion of them each year at a cost of £9.3bn.

In a bid to cut spending in this area by up to £400m annually, it was recently announced that the NHS will no longer prescribe low value medicines that can be easily bought over-the-counter, such as antihistamines and sun cream. However, this remit is increasing to include medication such as fentanyl for cancer pain, and others are in discussion.

Other key changes that have recently been introduced to help the NHS better manage and optimise prescription medicines, include the increasing significance of prescription saving targets for clinical commissioning groups.

As CCGs are forced to make savings on drugs, pharma needs to provide strong value propositions for its products that are backed up by real world evidence and fit into local medicines management implementation plans.

In this article, we will explore some of the medicines management changes that are happening in the NHS. We will also assess what they mean for pharma and how the industry should respond.

CCGs are coming under increased pressure to improve services and cut prescription spending costs as the NHS Rightcare Programme is rolled out among them as part of the Five Year Forward View.

NHS Rightcare has been tasked with helping CCGs to identify where they are wasting money on sub-optimal healthcare and define how their products and services could be changed in order to improve outcomes and save money.

In line with this, CCGs have been issued with refreshed Commissioning for Value Insight packs, which are to be used as planning guidance. These packs indicate unwarranted variation in outcomes and spend for key clinical areas.

CCGs will be monitored by four regional medicines optimisation committees, which were launched recently to avoid duplication when evaluating medicines

For example, there is a 175 per cent variation between GP practices in England for diabetes prescribing costs. Key targets include recommended prescribing savings identified from prescribing comparisons taken from 10 demographically similar CCGs.

CCGs will be monitored by four regional medicines optimisation committees, which were launched recently to avoid duplication when evaluating medicines, particularly those which are not evaluated by the National Institute for Health and Care Excellence. The RMOCs will coordinate medicines optimisation opportunities in a variety of settings, including care homes. They will also look at multiple prescribing, use of generics and biosimilars, and reducing medicines wastage.

They will be overseen by the Medicines Optimisation Oversight Group, which is responsible for governance, oversight of RMOC processes and the new RMOC system to ensure consistency in operation and for ratifying the prioritised RMOC annual work programme.

Following the announcement in March 2017 of a multimillion pound NHS medicines savings drive, which will see commissioners tackle spending on “low priority” medicines that can be bought over the counter, some CCGs are now canvassing patients’ views on where prescription savings could be made.

For example, Mansfield and Ashfield CCG, and Newark and Sherwood CCG are consulting the public on whether planned changes to prescribing should apply to all patients, or if any vulnerable groups of patients should still get them on prescription.

How can pharma help the NHS make savings on prescribing?

As NHS budgets tighten and CCGs come under pressure to meet new prescribing targets, the need for pharma to develop strong value propositions for its products has never been greater.

To demonstrate the value of its products, pharma also needs to think beyond traditional clinical trial data to provide real world evidence on issues, such as how its drugs perform within specific cohorts of patients and their effectiveness over time.

This kind of real world evidence is becoming increasingly significant as the NHS is now taking advantage of systems such as, “Eclipse Live” to identify real world outcomes and compare the effectiveness of one drug against another.

With between 30 and 50 percent of long term medicines being taken incorrectly, resulting in huge costs on wasted medicines, concordance programmes should also be a key area of focus for pharma

With between 30 and 50 percent of long term medicines being taken incorrectly, resulting in huge costs on wasted medicines, concordance programmes should also be a key area of focus for pharma.

Such programmes could include telephone support in the form of nurse helplines as well as the use of monitoring equipment, such as electronically controlled tablet trays that send a signal to a central control centre when a dose is removed from its packaging.

The savings that could be generated through improved adherence are so significant that concordance programmes could make cheaper and less powerful medicines more cost effective for a CCG than expensive rivals that are prescribed without a patient support programme.

As CCGs are forced to make efficiency savings, formulary inclusion is not enough to ensure that a drug will be used. Pharma needs to determine how its value proposition fits into local CCGs’ prescribing plans and create a compelling “case for change” to clinicians.

Engagement tactics must balance clinicians’ demand for products that show strong clinical benefit and patient safety against medicines management teams’ focus on the cost savings that can be generated by specific products.

Identifying and understanding local NHS strategic priorities is vital. Pharma must also ascertain CCGs’ quality, innovation, productivity and prevention targets and local prescribing efficiency targets, and identify the potential financial savings that could be made from common QIPP therapy switches.

With prescribing incentives being increasingly viewed as a way for CCGs to save money, pharma needs to identify which CCGs participate in such schemes and whether they are for specific products or general formulary adherence. Pharma also needs to know which CCGs offer Gainshare agreements and consider how much value it could offer a CCG or GP practice if it were to enter into such an agreement for a specific drug.

Although they are frowned on by the Department of Health and Social Care, Primary Care Rebates are being increasingly used by CCGs to make prescribing budget savings. Data from Wilmington Healthcare from September 2016 showed that the annual CCG income from rebates nationally was £28.3m, with 125 CCGs actively engaging in three or more rebates.

Knowing which CCGs are likely to accept Primary Care Rebates and determining whether they could prove cost effective for a product in the long run is a key factor that pharma needs to consider when creating a local value proposition for a CCG.

De-prescribing is another issue that is coming to the fore as CCGs seek to save money. For example, a controversial scheme is currently being run by Oxfordshire CCG in a bid to make initial savings of £1.45m by reducing prescriptions for frail patients aged over 70 living in care homes.

While de-prescribing might mean lower sales for pharma, providing a strong value proposition for regular reviews of patients, particularly the elderly and frail, who may no longer be deriving the full benefit of expensive drugs because of lifestyle or health changes, would enable pharma to engage with the NHS on this agenda.

Thanks to powerful data analytics tools, information on individual CCGs’ priorities and medicines optimisation activities is now easy to obtain. For example, the Medicines Management Dashboard run by Wilmington Healthcare enables pharma account managers to identify a wealth of information on CCGs’ capability to implement prescribing changes, including details of which CCGs run prescribing incentive schemes, or decision support systems and which ones are likely to accept rebates.

As the cost of medicines comes under the spotlight and CCGs are forced to make changes in order to improve outcomes and save money, the need for pharma to prove the value of its products has never been greater.

To achieve this, pharma must fully understand the environment and priorities to take a holistic approach that is underpinned by real world evidence on the effectiveness of its drugs and has a strong focus on cutting costs through improved adherence.

Pharma must also adopt a tailored engagement approach to CCGs that takes account of their local prescribing priorities and challenges, and demonstrates real value on a local as well as national level.

Click to find out more about HSJ Life Sciences Forum and see the latest agenda.

HSJ readers can save 25 per cent on the price of a ticket by using the discount code HSJLSFSub25.