The art of getting NHS staff physical

London 2012 the springboard for creation of the Workforce Workfit programme, which resulted in 10,000 staff taking part in physical activity

A report published in the Lancet concluded that Britain has one of the most sedentary populations, with almost twice the proportion of people defined as “inactive” compared to our French neighbours.

It is estimated that lack of physical activity leads to 6 per cent to 10 per cent of all cases of heart disease, type-2 diabetes, and breast and bowel cancer. This means that insufficient physical activity was responsible for around 5.3 million deaths across the globe in 2008. 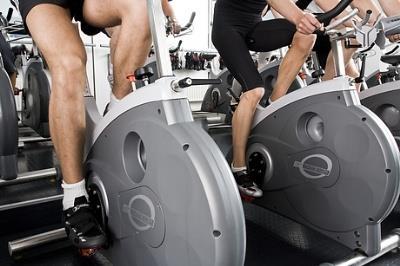 The London 2012 Olympics and Paralympics offered a unique opportunity to motivate and develop a lasting legacy of better health by increasing participation in physical activity. The North East has some of the highest rates of obesity in the country, with 29 per cent of women and 25 per cent of men obese, and it is a sad fact that NHS staff do not always lead by example.

In 2011 all NHS North East organisations were asked to bid into a pot of Olympic Legacy funding, outlining how they would engage employees in getting and keeping fitter in this Olympic year. The project bids were costed and included sections on evaluation and the sustainability of the proposed programme. Each organisation could bid for up to £5,000 of funding.

The Workforce Workfit programme is now running at the strategic health authority and was developed using social marketing principles. From the outset, all 250 staff were involved in voting on activities they would like to try, and barriers to participating in exercise were addressed from the beginning.

These barriers included lunchtimes, which were not popular because people did not want to have to get changed and “all sweaty” and then have to go back to work. Another barrier was time; having to go home and then back out again was seen as too much bother.

All classes were therefore at 5pm and either on or around the premises. Senior managers backed the scheme by allowing staff to leave their desk 10 minutes early to get ready.

Using this method, more than 60 per cent of staff were engaged in one or more activities within six months. These included boot camp, Zumba, ju jitsu and pilates and the pedometer challenge. The walking challenge was the most popular activity, with staff competing in teams of six walking “virtual” routes – initially from Land’s End to John O’Groats and later, more exotically, from Paris to Istanbul, following the route of the Orient Express.

The canteen staff put on themed meals as the walkers passed through the various virtual countries. Individual mileage leaders and team leaders had flags around their work stations to indicate the frontrunners. Reports and comparison charts were issued weekly.

This project achieved the Olympic Inspire Mark and is commemorated by a plaque at the Olympic Park. Workforce Workfit also achieved a national Gold Award from Olympic gold medallist Jonathan Edwards and Sir David Nicholson in recognition of its contribution to the national NHS 2012 Challenge.

This year the programme has now developed to include Bollywood dancing, fencing, rowing and horse riding. New partnerships have been forged with other organisations including community services and North East Ambulance Service, a personal training company Alchemist Fitness and Storck, a performance bike company.

The Workforce Workfit programme has resulted in almost 10,000 NHS employees across the North East becoming more involved in physical activity of some sort. The cost of the initial programme was £30k but with the partnership in-kind involvement with other companies, and local media support the true value of the programme will be much higher.

Ian Cameron is head of finance at NHS North East. He says: “It was a privilege to be involved in promoting health and fitness in the workplace. Some aspects of work can lead to long periods of physical inactivity, particularly office-based work where it’s easy to spend most of the working day sat at a desk.

“It’s very important to our wellbeing that we disrupt those patterns and making some basic choices to be more active and mobile can pay huge dividends.”

How to get your workforce fitter

Elaine Wilson is a specialist social marketing consultant designed and delivers the Workforce Workfit programme across the North East.