Burnham: Reconfiguration took focus 'away from where it should have been'

Andy Burnham has said health leaders in Greater Manchester should reflect on the much heralded reconfiguration of hospital services in the region, saying it “took time, energy and focus away from where it should have been”.

In an interview with HSJ, the region’s mayor said the Healthier Together consultation “came at the wrong end of the telescope” and efforts should have focused on health and social care integration. 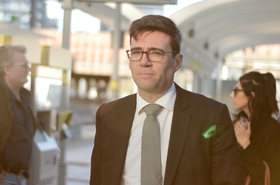 Although the Healthier Together process included workstreams on primary and community care, the public debate and much of the senior leader involvement was dominated by the controversial plans to consolidate emergency general surgery at four hospitals.

Engagement around the project started in 2013, with a final decision made in July 2015. The eventual unanimous decision by commissioners and subsequent failure of a judicial review was hailed within the NHS as a major success for the Greater Manchester health economy, and a boost to the region’s devolution programme.

More than two years later, the changes are still to be implemented, however funding has been secured and business cases agreed.

Mr Burnham, who was shadow health secretary and Leigh MP in this period, did not oppose the plans during the consultation and agreed there was a case for change.

But he told HSJ: “People need to reflect on why Healthier Together was so problematic. I think what happened was it went for quite a high end, quite narrow focus, which was emergency surgery affecting quite a small group.

“It didn’t really look at the whole question around integration. It almost came at the wrong end of the telescope, I think. It took a lot of time, energy and focus away from where it should have been.

“My view would be: don’t do a traditional thing [such as how to close or consolidate services] that the health service obsesses on, go for the big picture.”

Mr Burnham has called for social care to be fully integrated with the NHS for several years, and he said formal proposals around this have been submitted to the government as part of the budget process.

The submission calls for Greater Manchester to be a pilot area for the reform of social care funding, to make it free at the point of delivery and funded through a form of wealth levy.

However, Mr Burnham said: “I’ve come to the conclusion that Westminster won’t solve this. My argument to the government in this budget is to come at it from a different angle. Having raised social care in the general election campaign, you can’t just drop it now and say ‘that was too difficult we’ll forget about that’.

“Come at it in a different way by using the opportunity that Greater Manchester provides to see if we can pioneer a new way of doing things.

“Everyone can talk the talk about integration as much as we like and we can do bits of structural change here and there [but] no one will have a vested interest to make it real.

“What I’m absolutely clear on is moving to a world where social care is funded on the NHS principle.”

The submission also calls for the region’s transformation fund, which is worth £450m over five years, to be extended.

Although some progress has been made to better integrate services in the region, in boroughs such as Salford, the current legislation and tax laws have prevented the type of full integration Mr Burnham would like to see.

The idea of a new wealth or inheritance tax – raising money from people’s property assets – has been called a “death tax” by some national newspapers.

The Conservative election manifesto proposed people should be responsible for paying for their own care by using their property wealth – but with a £100,000 “floor” beyond which their assets are protected. However, this was heavily criticised and the party subsequently sought to insert further conditions.