Suspicion, poor relationships, unhelpful competition - there are many opinions on why the NHS Five Year Forward View is being held back. But there is a way forward, says Anne Crofts

Two-thirds (67 per cent) of NHS leaders state that there is insufficient leadership capacity and a distinct lack of collaboration between organisations, preventing them from realising the vision of the NHS Five Year Forward View. 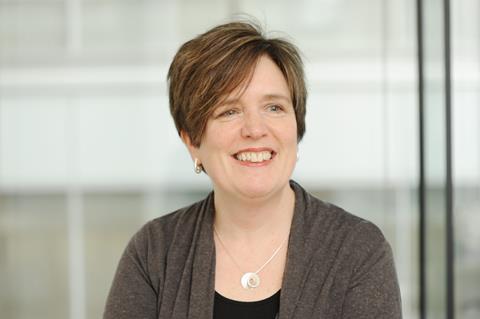 The challenges faced by the sector to implement the new models of care are numerous and have been widely discussed. Many senior leaders are keen to point out that the barriers to innovating are largely cultural legacies that manifest as a lack of partnership working and a lack of time and space to think strategically about long-term goals.

According to DAC Beachcroft LLP’s ‘Understanding the Barriers to Innovation’ research, in order to create real change around new models of care, organisations currently lack the resource and inclination to work in partnership within the current system.

One contributor states: “There is too much sense of unhelpful competition and too little local vision and effort to create change even when it is clear the local health economy would benefit.” Many complain of “competing priorities, suspicion and poor relationships”, with one commenting “When barriers are real they are often in existence to maintain self-interest and the status quo.”

Statistically, this view is popular: of all difficulties cited by organisations around workforce planning, 40 per cent specified that it was a lack of integrated planning, either across the local health economy or within the organisations themselves. It is patently clear that the current and continued emphasis on organisations being obliged to compete – through tariffs and within the system – is impeding progress towards organisations working together.

Lack of time and opportunity

But even with good governance frameworks in place, being a well-run organisation doesn’t make you a good partner. Many frameworks are acknowledged as important but subsequently ignored in terms of implementing any aspects of them. In fact, 45 per cent of respondents said they have these frameworks in place between organisations across the local economy, but while they are “designed to provide system leadership and coherence at both a strategic and operational level”, in reality they are stymied.

‘It was widely reported that leaders do not have the ability required to make the necessary organisational changes, whether through insufficient capacity to do so, or lack of direction from above’

Another constant theme throughout the survey is the simple lack of time and opportunity for leaders to think strategically, with one writing: “It feels as though change is constant and there is no time for review or reflection…” It was widely reported that leaders do not have the ability required to make the necessary organisational changes, whether through insufficient capacity to do so, or lack of direction from above.

This is a particular issue at GP level, where they are so overburdened and under pressure there is no time to address any issues, and those who have the potential skills to lead organisational change, have been diverted into commissioning functions in CCGs – with the difficulties of straddling both these roles already well documented.

Despite this, the research showed that senior health leaders are considered the most important factor in resolving workforce issues, and a surprising 60 per cent of responses cited investment in leadership as critical to develop the workforce; rather than job flexibility (15 per cent) and revised pay and conditions (10 per cent).

Of equal importance were “short-term operational pressures” and a “lack of clear vision and mission”. Some cite the onerous task of balancing the attentions of government bodies and regulators as a major barrier, whilst others state a lack of guidance. In both cases, there is a distinct feeling of a lack of empowerment for leaders, with many short-term pressures, no clear deliverables from the centre and a disordered balancing of regulatory, operational and financial burdens. It is a hard task for the most resource-rich and supported leaders.

Compounding this are difficulties around staff recruitment and availability of specialist staff, as well as the time and collaboration required to plan the workforce effectively. One respondent stated “We do understand that [our] trust’s existing workforce has to be developed to new ways of working – such as enabling higher-skilled nursing support staff, such as assistant practitioners, to work in multi-profession roles – but national requirements put significant pressure on providers. National issues are related to the restricted supply of skilled, professional staff.”

‘And although many leaders are rather unconcerned about the legal frameworks needed, so caught up are they with overcoming cultural barriers, these frameworks can act as a lever in overcoming them’

Many organisations understand what needs to be done, but require the guidance, capacity and skills to get there. And although many leaders are rather unconcerned about the legal frameworks needed, so caught up are they with overcoming cultural barriers, these frameworks can act as a lever in overcoming them. They are a great way to get people talking, and to try out what is possible in a relatively benign environment.

This latest report provides valuable insights into the steps that organisations are taking to meet the demands of the Five Year Forward View: simply by putting these issues into context highlights where the perceived and actual barriers exist and introduce the ways we can begin overcoming them.

To download the report, plus to see how different organisations are overcoming these barriers to innovation, please click here

Anne Crofts is a partner at DAC Beachcroft.