It's intensive, but is it for the best? 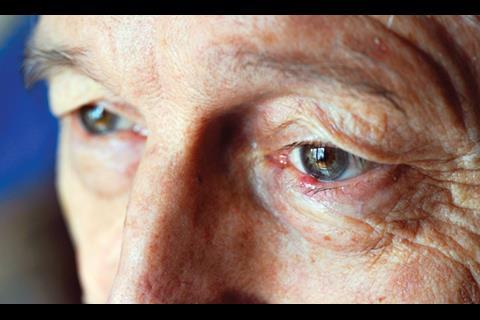 Is intensive mental healthcare in the interests of patients? 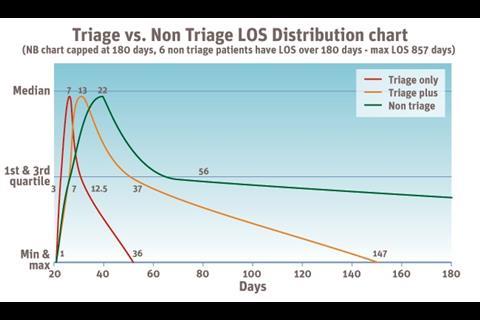 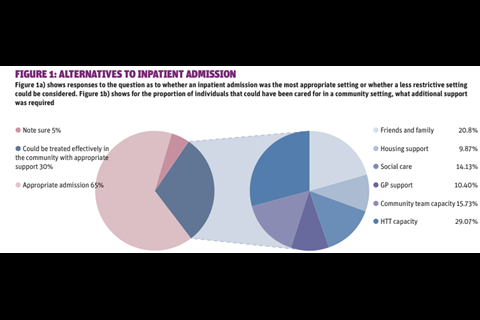 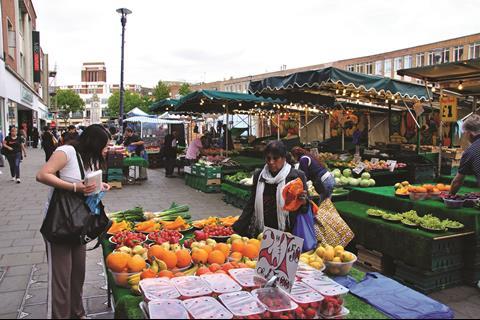 Triage ward models, pioneered at Lewisham, have a bias towards recovery in the community rather than extended inpatient admission

A trust set out to determine how appropriate and effective its use of intensive mental health services had been, write Emma Stanton and colleagues.

When it comes to healthcare, the cost is always disheartening, and mental healthcare is no different. In England, nearly 11 per cent of the NHS budget is spent on direct mental health services. This is before you include acute medical care that is related to underlying mental ill health or substance misuse.

Richard Layard’s June report for the London School of Economics’ Centre for Economic Performance, How Mental Illness Loses Out in the NHS, highlighted a scandalous inequality in the way the NHS treats mental illness compared to other physical illnesses. It found:

However, the real story behind the cost of mental health care is elusive. The overall cost to the health system in particular and to society in general is even greater. This is due to the overlap of mental health with acute care, and with social care issues such as employment and housing.

Mental illness can make physical illness worse. It can also cause physical symptoms which cannot be medically explained. LSE’s recent analysis estimates the additional physical healthcare caused by mental illness currently costs the NHS at least £10bn. Much of this would be better spent on psychological therapies. Regardless of this overlap, mental health services in England remain mostly in a silo.

Earlier this year, South London and Maudsley Foundation Trust worked on a retrospective utilisation review in partnership with Beacon UK, a company specialising in co-ordinating mental health services to improve outcomes. Utilisation review is a process that monitors the use, delivery and cost-effectiveness of services by analysing electronic medical records or direct communications with healthcare providers.

Our review set out to determine how intensive services were being provided for people with severe mental health problems, and whether alternative services would have been appropriate.

The study reviewed a random sample of 750 patients discharged between April 2009 and December 2011. Of these, 376 had received inpatient care and 374 care from home treatment teams. The reviews were undertaken by 14 psychiatry specialist registrars.

The doctors analysed patient notes using a tool designed to capture medical necessity criteria. These included demographic data, details of current admission, previous psychiatric history, mental state, presence or absence of social supports, evidence of self-harm and more. This analysis was repeated for each subsequent week of care. For example, a patient on the inpatient ward for six weeks had six retrospective reviews. The result was 3,300 retrospective reviews for the 750 treatment episodes.

Next, we wanted to know to what extent these admissions could be further avoided or shortened. So we asked the doctors to review whether, in their opinion, the patient could have been cared for in an alternative setting in the community. We also asked them to assess, from the information contained in the notes, what it would require to support the patient in an alternative setting.

In addition, we analysed how frequently these inpatients at SLaM attended nearby King’s College Hospital Accident and Emergency Department or were admitted to an acute medical ward there.

We found inpatient lengths of stay for adults and older adults reduced from 49 days to 33 over the three years. Importantly, there was no corresponding increase in readmission rates despite the significant reduction in lengths of stay.

We also found that approximately 30 per cent of the patients could have been cared for in a community setting (see figure 1). Two main supports were thought to be needed for this to happen - input from HTTs and support from friends and family. Some of these patients lack a supportive family network so thought needs to be given to finding viable alternatives. All the admissions we analysed were screened by the HTT, so it is unclear why it was not able to prevent admission. Further work is required to identify a range of alternative provision for this 30 per cent.

Figure 1 shows alternatives to inpatient admission. Figure 1a shows responses to the question of whether an inpatient admission was the most appropriate setting or whether a less restrictive setting could be considered. And figure 1b shows what additional support was required for the proportion of people that could have been cared for in a community setting

In keeping with the recovery model and the current economic drive for improved efficiency, this trend begs a closer look at the best use of mental health services. In other words, when is it best for someone to be treated in the community instead of an inpatient psychiatric unit and vice versa?

Pioneered at Lewisham, and replicated successfully elsewhere, the triage ward model is an innovation in acute inpatient mental healthcare. Compared with standard inpatient care, triage wards have daily consultant-led ward rounds, a higher level of staffing and an orientation toward immediate discharge planning. There is a bias towards recovery in the community, rather than extended inpatient admission.

The median length of stay for those cared for on a triage ward was seven days, compared to 22 days for those cared for on standard acute wards. This analysis does not include older adults. When people are transferred from triage to another inpatient ward -about half of all admissions to triage - the overall average length of stay remains significantly shorter than if not admitted from a triage ward.

Among some groups in the US, the term “managed care” has become synonymous with withholding care. That public perception may ring true in individual anecdotal circumstances. But it is neither the goal nor usually the outcome of managed care. Appropriate managed care means providing the right care in the right setting for the right duration.

The findings from this analysis suggest a role for introducing some of the principles of managed care to improve patient care without necessarily spending more. In this case, triage wards have allowed greater fidelity to the recovery model and dramatically reduced length of stay.

Improved management of pathways for people with mental health problems, across different providers and settings, can make a significant difference to quality of care.

We make the following recommendations:

For inpatient care, consider a triage ward model with an increase in staffing The triage ward model requires a larger staffing mix due to shorter length of stay and increased turnover of patients. More than one third of patients from this analysis were documented to have misused illicit substances or alcohol within the 30 days before their inpatient admission, and comorbidity is at the centre of escalating inpatient admissions. Consequently, the integration of physical health expertise within mental health care is likely to improve outcomes.

Use HTTs as a single point of access It is possible that more than 31 per cent of this study’s inpatients could have been cared for in a community setting. But according to documentation, just 25.5 per cent were discussed with the HTT during the first week of admission. The HTT, as the hub of services, should ideally be the single point of access, coordinating mobile assessments in accident and emergency departments and other care settings.

Review communication among care teams Because there was little documented communication between the community mental health team and the patient’s GP, the circle of care was not being joined up to include social and community supports.

Increase senior clinician input All new inpatients should receive senior clinician review within 24 hours of admission as well as daily subsequent reviews for the duration of the patient’s stay. Review by a senior clinician within this timeframe is common practice in the US and should be adopted in England.

This ensures that all patients are appropriately assessed and diagnosed, and that appropriate care plans are agreed, including proactive discharge planning from an earlier stage.

There has been considerable momentum behind the transition of mental healthcare from the inpatient setting to the community over the last few decades. However, our recent analysis at a leading mental health trust shows more could be done to improve health outcomes while reducing costs.

Excellent organisation and communication usually close the gap in any process, and healthcare is no exception. Through utilisation review, this study was able to identify where improved organisation and management of pathways could improve patient care without costing more. In essence, we need to move from thinking about managing beds and buildings to thinking about managing patients and pathways.

The study’s findings point to the veracity of the driving principle behind managed care - provide the right care at the right time in the right setting for the right duration. If healthcare organisations can adhere to this principle, cost management becomes about improving effectiveness and recovery for patients and not the withholding of services.

Being open on data Leading healthcare organisations have joined representatives of the UK’s pharmacetucal industry to produce best practice principles for clinical researchers on transparency and data arising from clinical research activity. Alison McAdams and Olya Melnitchouk discuss the impact of this collaboration for healthcare.