The Department of Health has avoided a parliamentary process to ask for more money despite overspending its revenue budget in 2015-16 – but has been strongly criticised by the National Audit Office.

The department has managed to keep within the element of its revenue budget that was “voted” by Parliament, but only after receiving an additional £417m of national insurance contributions. The annual accounts for 2015-16 were published on Thursday. 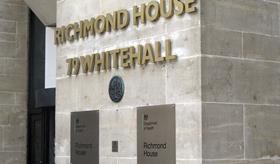 In a statement, the NAO said the department failed to follow “established practice” by notifying the Treasury of the extra receipts from the national insurance fund, and “therefore neither HM Treasury nor Parliament had the opportunity to consider whether to reduce any voted funding for the department by an equal and opposite amount”.

The DH has said this was due to an “administrative error”, and the Treasury has decided not to impose a fine.

Had the extra national insurance contributions not been received, then another £417m would have to have been spent from the voted budget.

The NAO was also critical of the lack of progress made to ensure the NHS is financially sustainable.

It said: “The Department of Health and its partners are still some way from implementing a plan to put the NHS’ finances in England on a sustainable footing…

“The department took a range of actions to manage its position in 2015-16 and address the growing deficit in NHS providers.

“While these are technically justifiable, they would not be at the core of a credible plan to secure the financial sustainability of the NHS in England.

“Some of these measures could have long term consequences. The switching of £950m from capital to revenue budgets means that long term investment plans have been set aside for the short term goal of meeting day to day spending.”