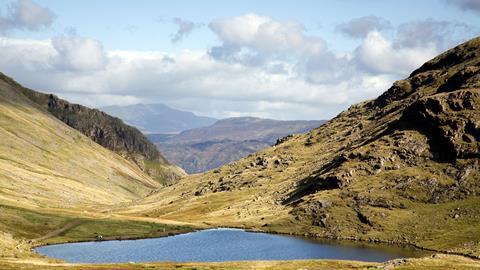 How Cumbria strove for new heights in healthcare

The combination of a success regime and the dawn of sustainability and transformation plans has started to address the shortcomings in Cumbria’s services, writes Alison Moore

For years the northern part of Cumbria has had problems delivering uniformly high quality, sustainable healthcare. In a largely rural and thinly populated county, solutions have been difficult to find and many suggested clinical changes have failed to win widespread support.

But the combination of a success regime, led by someone from outside the area, and the advent of sustainability and transformation plans have made a difference.

Within a relatively short time, plans to transform NHS services in the area have been drawn up – with input from a wide range of stakeholders – and the clinical commissioning group has given its backing after a public consultation.

Perhaps most remarkably, it has done so in a highly politicised environment, with the prime minister being questioned on some of the details of the plan during the Copeland by-election (she refused to comment, suggesting it was a matter for local determination).

In September 2015 former strategic health authority chief executive Sir Neil McKay was the man brought in to head the success regime – which effectively morphed into many of the workstreams of the STP a few months later.

“There are some excellent services in Cumbria,” he says. “But there are some pretty shaky ones which are barely sustainable.”

Services in Whitehaven were a particular challenge as they were 40 miles from the trust’s main hospital at Carlisle and some specialties had recruitment issues.

The uncertainty over the future of services added to the difficulties recruiting.

The plans have now been looked at by the county council’s overview and scrutiny committee and just one element has been referred to the secretary of state – maternity. Cumbria CCG has agreed that work will be done with the community over the next 12 months to attempt to find a staffing model that will retain consultant-led maternity at the isolated West Cumberland Hospital in Whitehaven, while developing midwife led services alongside. If services cannot be safely sustained, they will be centralised at Carlisle.

While some children will have to travel to Carlisle for longer stays in hospital, there will be some overnight provision in Whitehaven. And it will retain an A&E department and provide some limited trauma services and less complex acute surgery which previously had to be transferred to Carlisle. It will also do more elective activity.

Community hospitals also face change, with three losing inpatient beds. There will be much greater focus on integrated care, with teams covering seven identified localities. The aim is to reduce the dependence on hospitals to provide the sort of care which can be given closer to home: this should help North Cumbria University Hospitals Trust by reducing delayed transfers of care as well as overall demand.

So are there lessons for the wider NHS in what has happened in Cumbria? The success regime has been able to deliver a solution relatively quickly but the pace of change is always a challenge – especially when uncertainty is adding to the problems.

Sir Neil suggests that some STPs may be able to act more quickly by foreshortening part of the process – for example, if overview and scrutiny committees were happy to have shorter consultation periods.

Sir Neil says STPs have to some extent replaced the hole left by the abolition of SHAs and the lack of a strategic level organisation between local bodies – such as CCGs – and NHS England. “I wish I had £1 for every person who has said to me they miss SHAs,” he says. “The loss of that kind of system focus has been a major problem for the NHS.”

While STPs or success regimes may not have the legal authority that SHAs did, they are acting with the implicit authority of regulators.

It is clear that NHS chief executive Simon Stevens and NHS Improvement chief executive Jim Mackey are supporting STP leaders and vesting the authority in them to “get things moving”.

Sir Neil suggests independent chairs – used for some STPs – have been helpful but STPs have to bring people round the table and enable areas to find solutions that work for them.

Increasingly, he is handing over to local leaders to “front” the proposals and drive them forward, he says. Ultimately, the aim is for an accountable care organisation and he questions whether the STP will still be needed when that is up and running.

Nationally, he is delighted to see increasing evidence that NHS England and NHS Improvement are singing from the same hymn sheet and looking at issues such as payment regimes.

But none of the proposals which were backed by the CCG were easy. Early engagement of regulators, staff and stakeholders in developing a detailed clinical strategy which could be consulted on was important, he adds. Political courage is also needed to drive them forward.

The work has also led to deepening relationships between the area’s acute trust and others – although it also led to the conclusion that a proposed merger of North Cumbria University Hospitals with Northumbria Healthcare Foundation Trust was not the way forward.

Cancer services in Carlisle are now being provided by Newcastle University Hospitals Foundation Trust and paediatric services could be badged as provided by its Great Northern Children’s Hospital.

While there is still a lot more to do – not least implementation – Sir Neil argues that devolving as much power as possible to local leaders is the way forward now: “We have to give the leadership within the system as much power and influence as they need,” he says.

Kevin Atkin on joining up the vision

Since the abolition of strategic health authorities, a joined-up strategic vision across our health and social care services has proved difficult to bring about. 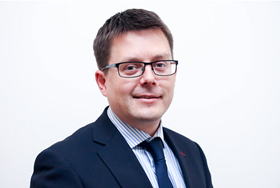 This situation has recently been helped by the creation of STP regions and the need for system-wide development of plans.There are many challenges ahead.

Care services have developed step by step as needs have changed over time. As treatment has become more specialised, hospital services have changed, and it is now harder to achieve the standards required for each and every service across all existing acute sites.

Consolidation of expertise has shown to improve care and outcomes, but there has been a reduced ability to deliver this strategic type of change.

With our change in population, and the baby boomers starting to reach their 70s, there is an urgent requirement to transform care services to meet the needs of more elderly populations within settings other than acute hospitals. System wide collaboration is needed, but health and social care organisations are not established to function this way.

To achieve greater integration and collaboration, systems are moving towards becoming accountable care systems or organisations.

This linking of organisations, with integration across the patient pathway replacing organisational silos and system wide incentives to treat individuals in the most appropriate way, must transform our services.

However, merely linking organisations and services together and streamlining pathways will not deliver the scale of change required. Rather, we must consider and address all aspects of the required change – for example considering the changing workforce, governance and technology to support new pathways (to name just a few), as well as the pathways themselves.

Only by considering these many facets of this complex problem, and how they fit together, can we then harness the full range of intelligence, technology and enthusiasm for change available to us to deliver efficient and effective care, as close to home as possible.

Cumbria demonstrates this approach in action. Sir Neil and his team harnessed clinical and workforce planning expertise and engaged managers and clinicians in designing innovative and implementable solutions.

Kevin Atkin is a Partner at GE Healthcare Finnamore