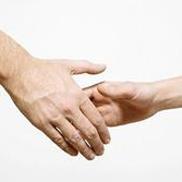 Junior health minister Ben Gummer has probably learned lots of things during his fledgling year in government. Perhaps chief among them will be to get your facts right on hand hygiene, after getting a telling off from a Labour MP.

A sombre letter from Mr Gummer was placed in the House of Commons library this month admitting that various infection rates have in fact been increasing, after he had said in a debate they had “plateaued” after significant decline.

It seems the initial typed draft was not quite grovelling enough, however, as, like a naughty schoolboy, Mr Gummer scrawled across the bottom in just about legible handwriting: “I apologise for inadvertently misleading the house”.

This week’s Your Humble Servant

End Game was happy to be interrupted from our 11am Snickers and Irn Bru break when we heard this hilarious story from one of our Whitehall moles. Apparently Number 10 hosted a summit earlier this month on the government’s long awaited obesity strategy.

Officials joining in the fun by dialling into a conference call from other parts of the country were bemused that the meeting had not started on time and none of the hosts were responding.

When the meeting finally started it was explained that a cohort of Cabinet Office officials and special advisers, rather than getting a bit of exercise by walking up the stairs, had got stuck in the lift. They had exceeded its weight capacity. 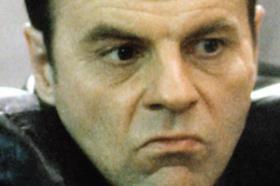 And what with all the mean looking pictures of him accompanying the stories, finance directors must be trembling in their moccasins.

One frightened number cruncher – who wouldn’t even tell us their name – emailed End Game to ask, doesn’t Mr Mackey remind you of another enforcer? Stalwart Hollywood tough guy Michael Ironside?