Childhood obesity: parental feedback and the weight of expectation 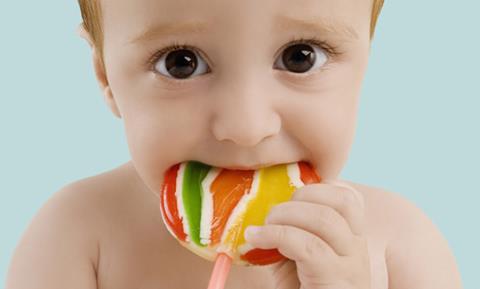 Concern about the prevalence of overweight and obesity among children has been increasing steadily during the past three decades.

Research evidence highlights the faithful tracking of excess weight in childhood into adulthood, which means rising trends of overweight and obesity in the future adult population, and morbidity and mortality from associated chronic diseases is highly anticipated.

In response to growing concern, a target to halt the year-on-year rise in obesity among children under 11 in England was made a Public Service Agreement (PSA) in the 2004 Treasury Spending Review. Since 2005, progress against the PSA target in England has been monitored through the National Child Measurement Programme (NCMP).

‘The Healthy Weight, Healthy Lives national policy highlighted a need to raise awareness with parents on the links between weight and health and in recognising their child’s weight status’

At its inception, the NCMP was an annual measurement exercise involving the weighing and measuring of children in their first and final year of primary school. It started out as a population-level surveillance exercise to allow analysis of trends in growth patterns and obesity and to inform local planning and delivery of services. In the beginning, no information about each individual child’s results was sent to parents unless requested.

Two years into the programme, the government piloted feeding back each child’s results to parents. A subsequent review commissioned by the Department of Health indicated that parents were, on the whole, happy to be informed about their child’s measurement results.

In 2008, legislation introduced in England resulted in the routine disclosure of each child’s results to parents, and it is now commonplace for primary care trusts to write to parents with feedback from the measurement exercise.

Although the programme was still defined as surveillance, some have argued that the standardised sharing of results with parents indicated that the NCMP became something more of a screening exercise.

The logic of taking the decision to routinely share results with parents is without question; it is a moral responsibility. The Healthy Weight, Healthy Lives national policy highlighted a need to raise awareness with parents on the links between weight and health and in recognising their child’s weight status.

Furthermore, the National Obesity Observatory has argued that the NCMP “helps to increase public and professional understanding of weight issues in children and is a useful vehicle for engaging with children and families about healthy lifestyles and weight issues”.

What is not well known though is whether sharing the results of the NCMP actually engages parents. Studies have found that the majority of parents are in support of the measurement programme and find receiving feedback beneficial.

In contrast, the media have been quick to focus in on the small proportion of parents who have reported a negative impact from receiving their child’s results.

In two localities in Leicestershire a public health team evaluated the impact of the 2009/2010 NCMP feedback letter with a view to establishing if it engaged parents. Parents (n=287, response rate 24 per cent) whose child had been identified as outside the healthy weight range were sent a postal questionnaire that explored perceptions of their child’s weight, the impact of the NCMP feedback letter and any intention to change following receipt of their child’s results.

Key findings of the evaluation were:

On the whole the evaluation suggested parents welcomed routine feedback but there was a small minority who expressed negative perceptions. Some parents commented that they found the feedback letter upsetting or worrying; or that they felt their child had been labelled or judged. A couple of comments about the content of the letter specifically raised an interesting question whether the mode of delivery of the results (ie by letter) or the feedback process itself was at the root of these negative perceptions.

It would have been reasonable to anticipate that parents of reception age children would query the delivery of results by letter since they would be accustomed to communication about their child’s weight through one-to-one contact with a health visitor in the universal contacts of the Healthy Child Programme and a letter conveying information about a child’s weight could be seen to be an impersonal means to convey a very personal issue.

However, the questionnaire results showed that parents of reception age and year 6 were equally uncomfortable with the written feedback. What did come across was that for a proportion of parents the letter was an inappropriate means of communication and that face-to-face or telephone communication would have been more appeasing.

In any health promotion endeavour we can anticipate a sliding scale of engagement, ranging from denial or resistance to active commitment to address a health issue. Results of this evaluation indicate that the NCMP feedback process may just fail at the first hurdle to engage a proportion of the parents of overweight children.

The experience of the health professionals in these localities is that, in general, the parents who question their child’s weight status results often need to seek further advice. We may not be able to say we have engaged these parents but in seeking further advice or support for their child’s weight and health we’ve certainly got their attention.

A clear outcome of the local evaluation of NCMP feedback was that there remained some lack of clarity and understanding of the NCMP by parents. We have the opportunity to address this issue by ensuring that parents are appropriately informed about the intentions of the NCMP (both its origins as a surveillance exercise, and its utility in supporting individual families and tailoring local services) before the measurement exercise takes place.

Within Leicestershire key lessons learned from the local evaluation of the NCMP feedback process have resulted in a number of changes to the local delivery of the programme, including:

Work set to commence beyond 2012 confirms that a wider review of the impact of the NCMP is long overdue. A re-evaluation following changes to the delivery of the programme at a local level would be beneficial in assessing the impact of improvements to the process and in identifying any ongoing issues.

The NCMP has been credited with raising the profile of childhood obesity. In its current form, however, the NCMP is not perfect and needs some improvement. There is a general recognition that the principal aim of monitoring childhood obesity levels remains an important driver for the continuation of the NCMP and it continues to be a useful exercise for service commissioners and public health teams in defining the scale of the problem and facilitating design and delivery of relevant services.

It is likely that there will always been some degree of animosity to the NCMP by parents. National studies and local evaluations have identified that, on the whole, parents value receiving feedback about their child’s weight as measured through the NCMP.

Since the introduction of routine feedback the boundaries between whether the NCMP is a weighing and measuring exercise for population surveillance and service planning, or a screening exercise identifying children with or at risk of obesity have become blurred. What appears critical, and should be the focus of future improvements regardless of its true intentions, is how information about the programme and each child’s results are conveyed to parents.

After all, what’s in a letter?  In our experience, more than is often intended.