Hunt vows to act on NHS's 'biggest area of weakness'

Mr Hunt said too many families were being let down because of what he described as “big problems” in the capacity of services to support and treat children earlier in their lives. HSJ understands Theresa May is also particularly keen to see the quality of children and young people’s mental health services improve. 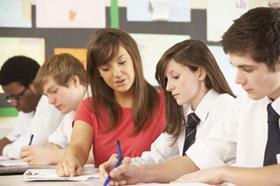 In a wide-ranging interview, Mr Hunt told HSJ it was a “tragedy” that children developing complex mental illnesses were not getting the treatment they needed until they were in their teens.

He added: “There is a big opportunity to do something to really make sure we deliver the Five Year Forward View for Mental Health and also to go further in the quality of mental healthcare we give to children and young people.

“I think that is possibly the biggest single area of weakness in NHS provision at the moment.

“There are too many tragedies because children develop eating disorders or psychosis or chronic depression, which is then very difficult to put right as they get older.”

NHS England announced a £3.97bn funding package for the sector in July, which described how an extra £1.4bn pledged for children and adolescent mental health services would be invested over the next five years, with £30m a year being set aside for eating disorder services.

Mr Hunt said integrating CAMHS further into schools could identify children and young people with mental health problems before they increase in complexity and get harder to treat.

He said: “I think we are letting down too many families and not intervening early enough when there is a curable mental health condition, which we can do something about when a child is eight or nine but if you leave it until they are 15 or 16 it’s too late.

“There are big problems with the capacity in CAMHS services but it’s not just there, but what happens in schools. Very few schools have a full time CAMHS worker.”

“I think we could make a lot of headway if we did that… the sheer family agony that we could avoid by helping children not to go off the rails earlier could make a huge difference.”