Analysis: EU nurses leaving NHS up by a third in a year

The number of nurses from EU countries leaving the NHS increased by 38 per cent last year compared to the previous 12 months, HSJ analysis of official data shows.

The increase in European nurses leaving the health service followed the result of the EU membership referendum last June, and will add to concerns over a workforce crisis in the NHS. 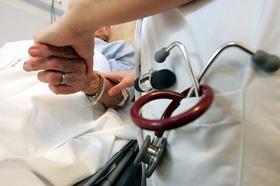 The number of EU doctors leaving the NHS increased by 3.5 per cent, with a total of 1,753 leaving in the year to December.

The figures, from NHS Digital’s hospital and community health services dataset, will add to concerns over the possible impact of Brexit on the NHS and the UK’s nursing supply. Internal modelling from the Department of Health, leaked earlier this year, showed the potential for a shortage of 42,000 nurses by 2026 in a worst case scenario. Analysis by the Health Foundation has warned of the same number.

Hospitals have increasingly recruited staff from EU countries since the 2013 Francis report into poor care at Mid Staffordshire Foundation Trust.

The NHS Digital data shows the headcount number of EU nurses working in the NHS in December 2014 increased by 31 per cent compared to the same month a year earlier. In December 2015, the number jumped by 27 per cent year on year, and in 2016 it rose again by 11 per cent to reach a total of 21,981.

Dame Professor Donna Kinnair, director of nursing, policy and practice at the Royal College of Nursing, said: “[The data] is worrying. In 2010 the government turned off the supply of nurses and they were warned about that and now we are seeing these people leave at the moment the NHS is in a staffing crisis.

“People will leave if they don’t feel welcome; they don’t know what the outcome of the negotiations will be. We are losing time and the government needs to make this a priority.”

The RCN and other health and care organisations have asked for staff to be given special recognition under any new post-Brexit immigration rules.

Nadra Ahmed, chair of the National Care Association, which is part of the Cavendish Coalition, said: “Any indication that the number of EU staff leaving the UK is rising is of course a cause for concern. The Cavendish Coalition has always maintained that the talented and diverse group of people employed in health and care are vital to our ability to provide the best possible care to the communities, patients and residents we serve.

“The coalition continues to call on any future government to provide firm assurances on the right to remain in the UK for all those from the European Economic Area working in health and social care. They and their families need this confirmation quickly, which will provide certainty for them and stability for employers.

“We are available to support the new administration with the planning of a revised immigration system that focuses on skill levels based on value to public service, rather than salary. This must be at the heart of the new prime minister’s commitment to health and care, to make the UK an attractive place to work.

“For the future, we must also shore up our ability to attract a domestic workforce, and health and care employers are already working to increase the supply. Future government support for such initiatives would be extremely welcome.”

In the Conservative Party manifesto, it pledged to prioritise the status of EU health and care staff in Brexit negotiations.