More than a third of organisations that received unauthorised NHS data during the rollout of Care.data have failed to respond to NHS Digital’s request to destroy the records.

The news comes as NHS Digital approaches the end of a six month period during in which it agreed to remedy the unauthorised sharing of data under the now-defunct scheme. 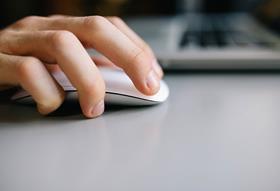 The organisation has until 19 October to action around 1.2 million patient record opt-outs and a number of other key undertakings. The deadline was agreed with the Information Commissioner’s Office.

A paper from NHS Digital’s September board meeting said 47 of the 123 medical research information service customers and nine of the 28 non-MRIS customers that received unauthorised datasets had not responded to its request to destroy the data.

The paper also said 51 GP practices out of the 7,454 contacted had not yet submitted an up to date list of patients who have chosen to opt out of data sharing.

This means that although NHS Digital said it has repeatedly contacted those practices, it is unable to respect the data preferences of the patients.

In their undertaking to ICO, NHS Digital agreed to make patients “aware that it is possible that their personal data has been shared with third parties against their wishes” by 19 October.

HSJ asked NHS Digital if it had fulfilled its undertaking to contact the 1.2 million patients affected by the incident.

NHS Digital said: “We have been working in consultation with the Information Commissioner’s Office to ensure that we meet the requirements of the undertaking.”

Under the Care.data patients were offered the opportunity to opt out from having their data shared with other organisations.

Approximately 1.2 million patients signed up to the opt-out under a “type 2 objection”, which said personal confidential information relating to them should not be disseminated or published by NHS Digital for purposes beyond their direct care.

According to the ICO, NHS Digital was not able to process these type 2 objections for “legal and technical reasons”, and confidential information was passed on to a variety of customers.

In April, NHS Digital signed an ICO undertaking committing to taking seven steps to remedy the problem. These include:

NHS Digital board papers published this month detail actions taken to fulfil the undertakings. These include:

CORRECTION: This story was updated on 28 September to reflect that 1.2 million patients have registered Type 2 objections, not 700,000 as previously reported.