The NHS’s unpublished proposals for dealing with extreme funding pressure suggest it will employ thousands fewer nurses and other staff in the next few years, and treat tens of thousands fewer emergency patients in hospital.

The findings are based on the detailed finance, workforce and efficiency plans submitted as part of the sustainability and transformation plan process. They have not been published, but HSJ has analysed a sample covering a quarter of the 44 STPs, shared on the basis they are not identified. They include more than one from each of the NHS’s four regions and a mix of rural and urban areas. 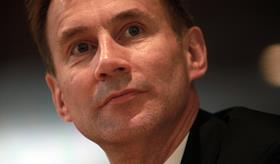 The trends they propose would require the health service to buck the established patterns of recent years, in which both emergency activity and the NHS workforce have increased.

National officials have distanced themselves from some of the forecasts, with NHS England chief executive Simon Stevens saying last week: “It is certain that we are going to need more qualified nurses in the National Health Service in five years’ time than now.”

In total, the 11 STPs forecast a 1.6 per cent reduction in whole time equivalent staff between 2016-17 and 2020-21, with a 2.3 per cent reduction in registered nursing posts. If this is applied across England, it indicates reductions of 17,300 overall and 7,300 in the nursing, midwifery and health visitor group, which is dominated by nursing.

However, there is variation between the 11 STPs. Five plan reductions in total staff, while four envisage it remaining more or less static, and two propose growth of more than 5 per cent by 2020-21.

NHS England, responding to the findings, has indicated this might be mitigated by more registered nurses working in GP practices, but this detail is not included in the STP templates.

The plans are for whole time equivalent posts, so account for both substantive and agency staff.

Last year, in response to STPs emerging that indicated they might reduce nursing posts, health secretary Jeremy Hunt told HSJ: “I don’t want to be rigid or inflexible about new roles, but if you ask me whether it is likely that local areas are going to be able to reduce the number of trained nurses, I would be very surprised if any actually managed that.”

STPs were developed by local NHS leaders last year. Full plans and templates were submitted to NHS England at the end of October. They aimed to set out how the NHS would manage within historically low funding growth in the next few years, while trying to maintain standards.

The STPs HSJ examined also envisage small reductions in the number of doctors. The only staff groups that would see significant growth under the plans are GPs and non-GPs working in general practice, referred to as “GP support” (see table below). The STPs envisage a substantial acceleration of the growth in these groups with thousands of new posts – reflecting the widespread aim of expanding primary care. At present about 15 per cent of ”GP support” posts are nurses, and it is unclear how much this might compensate for nurse reductions elsewhere.

The biggest cut proportionately is to “infrastructure support”, which mainly includes staff working on functions such as personnel, finance, IT and estates, and also includes managers.

The chart below shows the proportionate change in whole time equivalent staff in total and in the “registered nursing, midwifery and health visitor” group, which is dominated by nursing, showing both the actual recorded change (from 2010-11 to 2015-16) and the change forecast/planned in the sample of STPs (from 2016-17 onwards):

This chart shows the same for all workforce groups – click on a group line or name to remove or add it:

The table shows the planned percentage change each year in total across the 11 STPs for each workforce group:

An NHS England spokeswoman said reviewing “all STP returns” showed “the number of qualified nurses in hospitals, community services and primary care” would “go up by 2020-21”. This may assume more registered nurse posts in GP practices, which is not detailed in the templates but may be included in the ”GP support staff” line. NHS England has declined to provide its own figures. ”We are confident that a growing NHS will see more qualified nurses employed across England,” a spokeswoman said.