The health service will have to reduce the number of patients admitted to hospital as an emergency for three years running, according to official proposals for how it can survive despite its funding constraints. 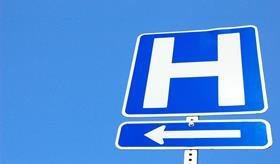 The findings are based on the detailed finance, workforce and efficiency plans submitted as part of the STP process. They have not been published, but HSJ has analysed a sample covering 11 of the 44 STPs, shared on the basis they are not identified.

The forecast across the sample STPs suggests, at the wider national level, a reduction of around 255,000 emergency admissions (4.1 per cent) from 2016-17 to 2020-21, and 190,000 accident and emergency attendances (0.8 per cent). The forecasts cover all clinical commissioning group commissioned activity.

Such reductions, while relatively small proportions, are in stark contrast to the trend of recent years. In the 12 months to October 2016, emergency admissions were up 4.8 per cent on the preceding 12 months, and attendances up 3.7 per cent, and there have been reports of unprecedented demand in recent weeks.

This chart shows the proportionate change in different types of hospital activity, including actual recorded change (from 2010-11 to 2015-16), and the change forecast/planned in the sample of STPs (from 2016-17 onwards):

This table shows the planned percentage change in hospital activity across the 11 STPs: