A holistic approach to patient care

An initiative in Kent is giving people with long-term conditions ways of improving their health and keeping them out of hospital. Alison Moore reports 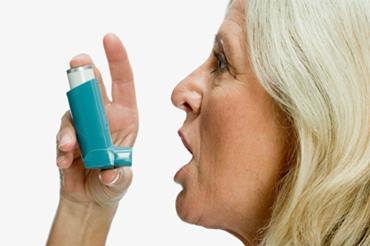 Keeping people with long-term conditions out of hospital is going to be key for the NHS as the number of patients rises.

‘Understanding what the patients want to achieve is important. This may be as simple as being able to make a cup of tea’

Identifying people at risk of deterioration and repeated hospital admissions and improving their health and self-management skills could achieve that aim. A scheme in Kent is offering such patients 12 weeks of intervention by health and other services in the hope that a holistic approach will make a lasting difference.

Early evidence suggests this can lead to fewer hospital admissions, shorter stays in hospital, an improvement in mental health and significant savings for the health service.

The patients − who have two or more long-term conditions and have been admitted to hospital twice within a year − have their needs examined by a multidisciplinary group, with input from their GP, community and mental health staff, social care and health trainers. They may also be signposted to help with the patient’s housing.

Typically the group usually first meets at the GP’s surgery and then some may visit the patient at home to get a greater understanding of their circumstances and how this relates to their health. A programme of interventions and support is then drawn up.

This will be tailored to the patient and can include telehealth, changing medication, physiotherapy or occupational health support, and health trainer input. If their housing is having an impact on their health, the group will try to initiate changes to this.

Patients were also being put in contact with groups such as Age UK or weight management classes that could be of help to them.

But it is not all one way. Patients are encouraged to take responsibility for their own health, by agreeing to lose weight, for example. Health trainer involvement helps with this as patients are often very open with them.

Understanding what the patients want to achieve is important. This may be as simple as being able to make a cup of tea for themselves. The patient and their carers are put at the heart of the care.

‘By delaying deterioration in their health, not only will patients benefit, but the NHS will save money too.’

After 12 weeks, the aim is that the person’s health should have improved. If possible, they should have been helped towards self-care, with appropriate support, and wider issues affecting their health addressed through, for example, increased social care or home adaptations.

Dr Tuan Nguyen, a GP based in Folkestone who pioneered the approach while he was working in Liverpool, says: “With patients who have children it is also important to show the next generation a different view of their parent, rather than someone who was in and out of hospital all the time.”

More than 100 patients have started the Pro-Active Care programme since it was set up by the South Kent Coast Clinical Commissioning Group, which covers 200,000 people in the Dover, Deal and Folkestone areas, in mid-2012.

Dr Nguyen’s aim is to roll out the scheme across the CCG area, where a majority of practices are already involved, but then to extend it to patients who do not yet require this level of health service input but whose conditions mean they are likely to make significant use of the NHS over the next few years.

This will involve a risk stratification tool to identify patients who are on the cusp of needing greater input from health and social care services. By delaying deterioration in their health, not only will patients benefit, but the NHS will save money too.

The scheme is based on a similar one Dr Nguyen developed in Liverpool. When he moved to Kent just over a year ago, he started to build support for the approach within his CCG.

‘Historically, as clinicians, we have tended to concentrate just on the clinical aspects of patients’ needs’

By having a short-term programme more patients can be seen across the year, he argues, rather than ending up with a static caseload of people who may no longer need the intensive input. It also allows the local health organisations to build capacity for this approach.

The use of the NHS by the first 17 patients completing the 12-week scheme in Kent has been measured. Over a full year it is expected that:

The effects of the project in the Anfield area of Liverpool were also studied, allowing comparisons over a longer period. This showed a fall in emergency admissions of 88 per cent, average length of stay dropped by 56 per cent and significant cost savings.

But linked with this were improvements in patients’ ability to do everyday activities and how they rated their own health.

”It is going to change the way that money flows through the system,” says Dr Nguyen. Community health services and social services in Kent are already looking at integrated budgets which would support this approach where money may need to be spent in one part of the system to reduce potential costs elsewhere.

The CCG has also worked with local councils through the South Kent Coast health and wellbeing board to develop an integrated strategy for commissioning adult health and social care services in the area.

Dr Joe Chaudhuri, long-term conditions lead for the CCG, says the Pro-Active Care approach fits in with the group’s broader strategy and ties in with the drive towards telehealth, the year of care approach and enabling self-care.

“Historically, as clinicians, we have tended to concentrate just on the clinical aspects of patients’ needs,” Dr Chaudhuri says. “In terms of the future, if we enable patients to self-manage better and improve their quality of life then the demands for healthcare intervention should lessen.”

He adds that the Pro-Active Care approach is improving working relationships across different organisations, which will bring broader benefits. There is now a shared vision of what needs to be achieved.

But he also points out that although the NHS budget remains protected, social care budgets are under pressure.

Dr Nguyen says the system is replicable elsewhere. Key factors for success are working with CCG leaders and others to build support for what can be a change in working methods.

He also approached the county council leader directly to get his backing for the scheme and has met with local MPs. Because Kent has a two-tier local government system, the CCG works with district councils − which have housing responsibilities − and the county council, which covers social care.