One of the NHS’s most influential chief executives has said it is taking too long to deliver the Five Year Forward View and has proposed a series of policy changes, including abolishing national access targets, to speed it up.

Sir David Dalton writes in an article on hsj.co.uk today that “decision making takes too long” in the health service. He proposes the removal of provider trusts’ “right of veto” over change and a large reduction in the number of local commissioners. 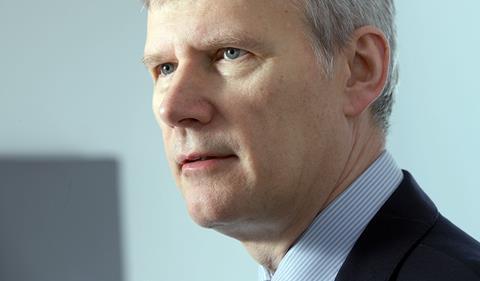 The NHS is ‘taking too long to deliver improvements’, Sir David Dalton said

The Salford Royal and Pennine Acute trust chief executive says: “We all praised what the forward view wanted us to do – but sadly we are behind on organising how it can be delivered at pace. Despite good work on integration and new models of care, it is taking us too long to deliver improvements.”

The NHS is currently under pressure to demonstrate that its plan is working, amid very poor waiting times performance, quickly growing demand, and with a huge effort underway to reduce provider deficits.

NHS England chief executive Simon Stevens is expected to use a Five Year Forward View update document next month to demonstrate progress, as well as signalling what additional resources may be needed from government.

Sir David, who has been one of the most influential chief executives in the NHS over the past decade, says in the article: “Decision making takes too long with 238 trusts self-determining their own strategy for their limited catchment area.

“Inertia prevails when providers put their own organisational interests ahead of the population they should serve. This ‘power of veto’ should be removed and the role of a provider should be reset to deliver operational excellence to agreed quality standards.”

His 10 suggestions for accelerating progress include replacing national targets with locally selected indicators, as the current regime “distorts real priorities” with “diminishing returns”.

He says of commissioners: “[Clinical commissioning groups’] responsibility for commissioning hospital services should be unified rapidly to commission for a one million population. There should be single contracts or commissions covering multiple providers across a whole STP footprint, across service lines or patient populations… The number of CCGs should reduce significantly.”

In relation to targets he says: “No other healthcare system has the number of performance targets the English NHS has. The sheer volume distorts real priorities and colossal expenditure is providing diminishing returns.

“Access targets are now much less important than meeting the agreed seven day NHS Clinical Standards… Current targets should be replaced with locally selected key performance indicators (from a national thematic list) and publicly reported balanced scorecards should be used – where the need for improvement is seen ‘in the round’.”

Sir David also says staff satisfaction should be a greater focus and warns: “Many staff, whether in primary, community or acute care, are showing signs of fatigue and helplessness. Their continued devotion cannot be assumed and their discretionary effort will be withheld unless new workforce supply strategies result in safer staffing levels.”

He also calls for “linking pay improvement to the contribution individuals and teams make to the goals and values of their employer”.