A recent HSJ webinar explores issues surrounding the huge backlogs for ophthalmology treatments, how to tackle them and the pandemic’s role in our response

More than 630,000 people were waiting for ophthalmology treatments in March this year: the second largest waiting list of all NHS specialties and nearly 10 per cent of all of those on the referral-to-treatment pathway.

The pandemic has obviously contributed to these numbers and there is general acceptance that a different approach to that adopted in the past will be needed to tackle waiting lists. Ophthalmology was already one of the specialties targeted in the national outpatient transformation programme, which pre-dated the pandemic, and some areas have already introduced technological innovations, revised pathways and new ways of working. 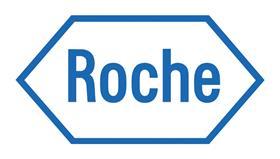 Yet more progress will be needed if patients are to avoid sight loss and impaired vision which can have a profound impact on their daily life and leave them more dependent on others. At the moment, one person gets a diagnosis of sight loss every six minutes in the UK.

Although glaucoma and cataracts attract most attention, the range of sight problems is much wider with age-related macular degeneration, for example, affecting 1.5 million in the UK.

But what can be done about this backlog of patients and how has the pandemic affected our response to this? An HSJ webinar, supported by Roche, set out to explore these issues.

A key one is a mismatch between workforce and demand. Professor Bernie Chang, president of the Royal College of Ophthalmologists, said the demand for eye care services was increasing even before the pandemic with a 40 per cent increase expected over the next 20 years. Older people were more likely to need eye care and those living in rural areas were particularly affected as these were the areas where it was hardest to recruit the necessary healthcare professionals.

Training for local optometrists to enable them to do more work could help in those areas, he added, and GPs could have an important role in a multidisciplinary workforce delivering eye care. The college offered training to enable professionals to gain the required competencies to look after patients with ophthalmic conditions, he added.

Conn O’Neill, public affairs partner at Roche, said, “We need to support everyone to work at the top of their grade.” One role for industry was supporting training around that, he added, but he stressed that it was important for Roche and others in industry to listen to those involved in eye care. “We don’t have all the answers. We are focused on wet AMD and diabetes-related macular oedema,” he said, adding that improving pathways for these patients would release time to care for those with other eye conditions.

But how the workforce is used can also impact on waiting times. Jon Bhargava, joint clinical lead for ophthalmology for the Getting it Right First Time programme and a consultant at the Countess of Chester Trust, said if the numbers on every cataract list increased from seven to eight, we would need 7,000 fewer operating sessions a year.

But if a consultant was doing the list they might be able to do 10 in an operating session, which would have a massive impact and free up resources to treat other people on the waiting list, he added.

He also chaired the royal college committee which looked at alternative pathways for cataract patients including follow-up for patients in the community rather than in hospital.

He said the pandemic, dreadful as it was, had allowed everyone to think about what they could do differently. “It turned out to be a fantastic opportunity to think outside the box and make changes,” he said. For example, patients could be sent their dilating eye drops to administer at home before their cataract operation which could reduce the amount of time they spent in hospital.

How the available resources are targeted towards those on the waiting list is also important – Professor Chang pointed to the need to prioritise by clinical need rather than just concentrating on the numbers treated.

Patients need to trust – wherever they go, whether in the hospital or community – that the standard of care they are receiving is the same. That will be key to allow more work to be done outside a hospital setting. There also needs to be trust between professionals that we are confident that whoever we delegate decisions to has had the proper training

But, like others on the panel, she identified positives from the pandemic such as many bodies pulling in the same direction to make changes they knew needed to be done.

But what of the experience of patients? Rob Cooper, strategic engagement lead at the Royal National Institute of Blind People, said that people were waiting a long time to see someone in secondary care. “For me the priority has to be how can we support those people while they are waiting,” he added. “We need to try to get support, advice, guidance for these patients as early as possible on this journey.”

For patients with sight loss, social care is important, said Mr Cooper, and there could be delays in getting access to rehabilitation.

Enabling more patients to be seen in a timely way is likely to involve partnerships between providers, patients and the pharmaceutical industry – but if partnerships are important what makes a difference in building them, asked Claire Read, webinar chair and HSJ contributor.

“The key is communication,” said Ms Davis. She said that developing the high-volume. low-complexity cataract pathway for GIRFT had involved getting about 40 people from different backgrounds together. “Let’s just get out there and communicate this really good best practice,” she said. “And let’s get the feedback from patients.”

Improving communication with patients was crucial added Mr Cooper. “We want to try to create a more informed patient across the whole pathway,” he said. “How do we ensure we give people the right information at the right time to enable them to make better choices, be more informed, to take a bit of control of what is happening to them.”

This would improve people’s mental health and lessen anxiety as people waited, he said. It might be simple questions like whether they could continue driving or working.

Mr O’Neill pointed out the impact changes could make for patients and carers, who might sometimes have to spend a whole day at a hospital. What interventions would offer “quick wins” through greater take up? Longer gaps between follow-up appointments might make life easier for some patients, he said, and he hoped that data would reveal who was most likely to drop out of the process and not attend follow-up appointments.

One other aspect is trust, said Professor Chang. “Patients need to trust – wherever they go, whether in the hospital or community – that the standard of care they are receiving is the same. That will be key to allow more work to be done outside a hospital setting. There also needs to be trust between professionals that we are confident that whoever we delegate decisions to has had the proper training,” he said, adding that the pharmaceutical industry had been helpful in providing some educational resources for allied health professionals and nurses.

And inequalities needed to be tackled as well. Mr Cooper referenced work in Manchester which showed which communities patients were coming from and could enable better decisions on where services were based to reach people. This work had showed different levels of engagement between communities which seemed superficially similar, he said.

Ms Davis said that “mutual aid” in London involved putting on patient transport to enable people to have cataract operations in a more distant unit which had capacity – without them being disadvantaged by not being able to get there.

An on-demand version of this webinar is available.

If you had previously registered as a viewer for the event, click here and login to Swapcard or check your email for the link to the recording.