Analysed: The London FT pipeline and its hotspots

HSJ Local Briefing is our in-depth analysis of key issues facing the NHS or major health economies. This week we examine the foundation trust pipeline before the capital’s strategic health authority disappears next year 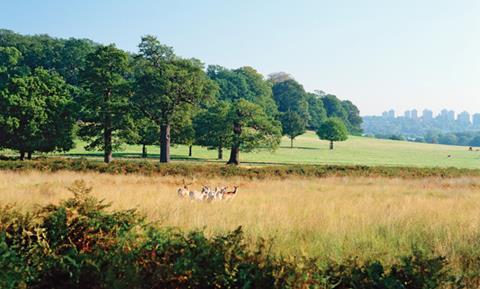 Chelsea and Westminster's successful “brand” for many of its services, particularly maternity, may might be attractive to the Richmond and Hounslow population served by West Middlesex

Richmond Park (NOT FOR REUSE)

NHS London is approaching the last four months of its existence but still has an opportunity to do something about the slow progress of its trusts through the foundation trust pipeline. Chief executive Dame Ruth Carnall recently told HSJ readers she “wasn’t going to sit and do my nails for four months” − but what can be achieved on the foundation trust front in the time left?

There are 22 organisations left in the pipeline but question marks remain over three trusts in particular. West Middlesex University Hospital Trust is in the middle of an exercise to determine its best merger partner, the Epsom and St Helier University Hospitals Trust de-merger was halted last month and Whittington Health Trust is still waiting to see what its long-term financial modelling says about its viability.

Epsom and St Helier will not face the failure regime, at least not until the process is concluded at South London Healthcare Trust. The Whittington will delay its application by three months as it struggles to make the case for its continued viability. West Middlesex’s merger decision between Imperial College Healthcare Trust and Chelsea and Westminster is too close to call, but third suitor Hillingdon is not expected to win.

The battle for West Middlesex

The trust found it was unviable after a long-term financial modelling exercise in September and announced it would look for a merger partner.

Although at the time it did not rule out a private sector management franchise, HSJ understands this is not now on the cards.

West Middlesex has been part of the North West London service review, Shaping a Healthier Future. However, the trust found it could not financially break even if the reconfiguration based on commissioners’ preferred option went ahead. These financial problems would be exacerbated by commissioners moving extra activity into the community.

‘A senior figure said, “Frankly, the debt will have to be written off as part of any merger, they’ve done it before”’

The trust has an expensive private finance initiative estate and has just been through a successful turnaround process but needs to bring in more elective work to cover costs.

There is also a legacy debt of £19.8m with the Department of Health.

One senior figure told HSJ: “Frankly, that will have to be written off [as part of any merger], they’ve done it before.”

HSJ understands the two main contenders to take over the trust are Imperial College Healthcare Trust and Chelsea and Westminster Hospital Foundation Trust.

One senior figure in the process said Imperial would have been the natural choice but for the trust’s well documented financial and organisational problems.

However, the source added that there was now an almost wholly different management team at Imperial to the one that led the trust into a £8.4m deficit at the end of 2011-12.

Even so, there is real doubt about whether the £900m-turnover organisation would be able to complete a detailed application to take over West Middlesex in time.

The merger would give the multisite teaching hospital a greater range of options when it reconfigures its partly decrepit estate.

A combined Imperial and West Middlesex would still have to achieve foundation trust status, which would not be an issue if the Isleworth-based trust merged with Chelsea and Westminster.

The £342m-turnover Chelsea and Westminster is one of the highest performing in the country and its leadership team is well thought of in London and beyond.

It also has a successful “brand” for many of its services, particularly maternity, which might be attractive to the Richmond and Hounslow population served by West Middlesex.

One London source told HSJ the combined Chelsea/West Middlesex trust would take the FT close to £500m annual turnover and that scale was increasingly important for trusts’ long term prospects.

Hillingdon Hospitals Foundation Trust was a surprise candidate for the merger. The £187m-turnover west London trust would also gain scale by merging with West Middlesex but senior figures said they would be surprised if Hillingdon beat a successful and long established foundation trust or a world famous teaching hospital.

There is thought to have been a fourth bidder that indicated an interest in a merger but then dropped out.

A decision is expected at a board meeting in December or January.

The future of Epsom and St Helier

When NHS London formally halted the merger of Epsom Hospital and Ashford and St Peter’s Hospitals Foundation Trust last month, senior figures said the failure regime could be the only solution.

St George’s Healthcare Trust dropped out of a St Helier merger bid in January and the consultation into reconfiguring services across the patch stalled before the consultation stage. This means the process of getting the different parts of the trust over the line to foundation trust status seems dead in the water.

The move was halted when NHS Surrey said it wanted to be more involved in the Better Services Better Value process.

Although there was tension over how much of Epsom and St Helier’s projected £20m deficit was going to be apportioned to which site, HSJ has been told the key reason for NHS Surrey’s move was services at Epsom.

Senior sources said GPs in Surrey had realised that if the St Helier downgrade had gone ahead they would be unable to remodel and possibly downgrade services at Epsom, something they belatedly realised they might want to do.

Any change to services at Epsom and St Helier will be deeply contentious.

Former health minister Paul Burstow and Conservative cabinet minister Chris Grayling’s Epsom constituencies are served by the trust. There are a number of marginal seats in the area.

HSJ understands there will definitely be no use of the failure regime before the special administration process is concluded at South London Healthcare Trust in February.

This is a problem that will almost certainly be passed on to the post-strategic health authority world.

It also means Mid Yorkshire Hospitals Trust is back at the top of the list of likely candidates for the next use of the failure regime.

Whittington Health Trust is facing the formal escalation process after asking for a three-month delay to its submission of its foundation trust application.

Under the DH’s rules, trusts face escalation if they fail to hit agreed milestones on completing parts of their application. These milestones were set out in their tripartite formal agreements with the department and SHAs, which were signed in September 2011.

The Whittington is due to receive the latest version of its long-term financial modelling later this month. It is not known whether it will spell the end of its hopes of being an independent integrated care organisation.

Any bleak assessment could end this vision. West Middlesex and Barnet and Chase Farm Hospital trusts both gave up on independent bids and started searching for merger partners after modelling revealed they were not viable alone.

The £270m-turnover Whittington grew significantly in size when it took over the community services for Islington and Haringey under the Transforming Community Services programme in 2010.

It has had widely respected leadership in the form of chief executive Yi Mien Koh since March 2011 and negotiated a block contract with its commissioners until the end of 2013-14.

One senior source said if the trust did fail it could be as a victim of commissioner expectations on price more than any fault in the organisation itself.

If the trust does have to give up its independence then University College London Hospitals Foundation Trust is thought to be a potential partner.

The rest of the London pipeline

In raw numbers, the London pipeline has improved a little, falling from 25 this time last year to 22 now.

But of this reduction, only the Royal Free London’s authorisation has been a genuine advance in terms of passing through the pipeline. The merger between Barts and the London, Whipps Cross and Newham hospitals simply rolled three aspirant trusts into one.

The North West London Hospitals Trust and Ealing Hospital Trust merger is another example of this.

The Royal Free’s proposed acquisition of Barnet and Chase Farm could take another aspirant out of the list, and possibly more quickly than is usually the case.

Kingston Hospital Trust is being assessed by Monitor at the moment and is the best hope NHS London has of getting another trust over the line without a merger being required.

The former covers Westminster, Kensington and Chelsea, and Hammersmith and Fulham plus Barnet, the latter covers the two south west London boroughs.

There has been concern in the aspirant foundation trust sector nationally that Monitor’s metrics on risk and the amount of potential private sector competition would trip aspirants up.

A senior London source also said they had been told large hospital trusts planned to bid for community service work when the contracts came up.

Central London Community Health confirmed it had missed its October target for submitting an application to the DH, saying it now hoped to be authorised by “spring 2014”.

HSJ understands the trust has the broad support of clinical commissioning groups in the three central London boroughs it serves.

There are three mental health trusts in the capital yet to gain authorisation.

Of these, Barnet, Enfield and Haringey Mental Health Trust is most advanced.

Both these prospects have receded slightly since the non-foundations took on new chief executives. South West London is also thought to be slightly safer from merger following the departure of the widely respected Maudsley chief executive Stuart Bell.