The risk of a patient taking their life is “high” in West Midlands’ mental health trusts due to a shortage of acute beds, the Care Quality Commission has warned.

HSJ reported in November that a patient of Birmingham and Solihull Mental Health Foundation Trust had died from an “intentional overdose” while under the care of a home treatment team. 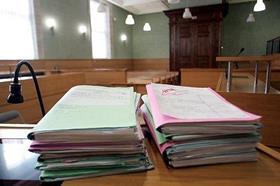 The CQC raised concerns responding to the coroner’s report

The coroner’s report into the death of Patricia Cleghorn said she may not have died if she had been admitted to hospital sooner.

In its response to Birmingham’s chief coroner, the CQC said: “There remains a shortage of acute beds in this trust and in other mental health trusts in this region. This shortage will continue to impact the most vulnerable people in the community.

“The provision of acute mental health beds rests with the trust and with the clinical commissioning groups… Whilst this shortage continues, the risk that another person will take his or her life remains high.”

The letter added that Birmingham and Solihull Mental Health FT has taken action to reduce risk through the creation of an “urgent care assessment team” and the use of “consultant psychiatrists to provide medical review”.

“With the actions identified by the trust implemented, the risk to vulnerable people on home treatment will be low,” the CQC said.

In November, Birmingham’s chief coroner Louise Hunt said: “The availability of acute mental health beds means the most vulnerable people are being cared for in the community with limited resources or care.”

The coroner said no formal risk assessment was carried out by the trust and “staff failed to appreciate what drugs she had available to her”.

The CQC said the risk of other patients being exposed to the same risk as Ms Cleghorn remains, but highlighted that Birmingham and Solihull Mental Health FT will be reviewing and clarifying the role of non-registered staff working in its crisis team.

The regulator said it is “currently considering whether enforcement action is required at this stage”.

The trust has an overall rating of good and a requires improvement rating for safety.

Trust chief executive John Short said: “The availability of acute mental health inpatient beds remains a national issue across the NHS in England and we are working collaboratively with trusts across the region and nationally to try and accommodate demand.

“As acknowledged by the CQC in its response to the coroner, notwithstanding this national issue our trust has taken action to reduce the risk to vulnerable people in the community by the creation of an urgent care assessment team and the availability of consultant psychiatrists to provide medical review.”