A top children’s hospital has received the highest possible rating from the Care Quality Commission. 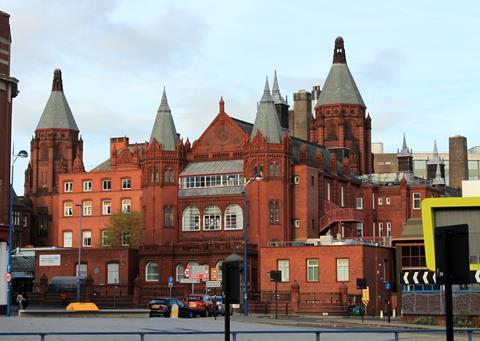 England’s chief inspector of hospitals rated Birmingham Children’s Hospital Foundation Trust as outstanding following an inspection by the CQC in May 2016.

It is the first dedicated children’s hospital trust to be rated outstanding, although since the inspection was carried out, the trust has merged with Birmingham Women’s Hospital FT. Evelina London Children’s Hospital, which is part of Guy’s and St Thomas’s Foundation Trust, was rated outstanding last year.

The trust was rated outstanding for whether its services were caring, effective and responsive, and good for whether they were well led. However, inspectors said the hospital requires improvement for safety.

Specific concerns were raised about neonatal services, which were rated as inadequate for safety. Staffing levels for consultants in neonatal care did not meet best practice guidelines and learning from serious incidents in neonatal was not being shared consistently across the trust, the CQC said. The service was rated requires improvement overall.

He said 100 per cent of children referred to the hospital were seen within six weeks, and no patient waited more than four hours once admitted to the trust.

Sir Mike said: “Feedback from parents and children was extremely positive, with many reporting they were treated with respect and dignity. Bereaved parents were given genuine, compassionate care with clear emotional support if a child died.

“When communicating with children, staff used language that was jargon free and easy to understand, using play, toys and nursery rhymes to maintain engagement.”

The trust needed to “review its governance processes to ensure neonatal services assess, monitor and mitigate risks to all neonates across the trust”, the CQC report said.

Community mental health services for children and young people aged 0-25 were criticised. The contract for these services was awarded to a consortium of providers including Birmingham Children’s Hospital, the Children’s Society, Beacon UK, the Priory Group and Worcestershire Health and Care trust in April 2015. The new service began in April 2016.

“Our inspectors will return at a later date to check on the progress of these areas”, the CQC report said.

Michelle McLoughlin, chief nurse for Birmingham Children’s Hospital, said the trust took the initial CQC feedback very seriously and quickly made improvements. “This included a review of our staffing structure and calling upon the expertise of the Neonatal Unit team at Birmingham Women’s Hospital. Our focus now is to create a single Neonatal Unit across our two sites”, she said.