A widely respected hospital chief executive has been appointed chief officer for a large sustainability and transformation partnership in the north west, HSJ has learned. 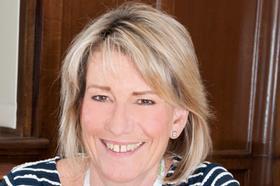 Jackie Bene, who is leaving Bolton Foundation Trust at the end of March, will become the chief officer of Cheshire and Mersey STP in May.

She has been appointed by Alan Yates, the STP’s new chair. She has been contracted for three days per week, under the “very senior manager” pay scale.

Cheshire and Merseyside has appeared to be among the more disjointed STPs over the last three years, but the new leadership team is aimed at establishing a more coherent and dedicated team.

The STP’s previous leader was Mel Pickup, who performed the role alongside her substantive position as chief executive of Warrington and Halton Hospitals FT.

In a letter to system partners, seen by HSJ, Mr Yates wrote: “I wanted to let you know before it is announced formally that we have been successful in recruiting a first-class chief officer for the partnership in Dr Jackie Bene… [she] has considerable experience of leading the place of Bolton and leading transformation programmes across Greater Manchester and so benefits from seeing the partnership through a variety of perspectives.”

He said there were eight applicants, of which three were shortlisted.