All health conferences should have a people's panel

All medical conferences should have a ‘people’s panel’, providing an opportunity for open, honest and equal dialogue, say Edward Mitchell and colleagues 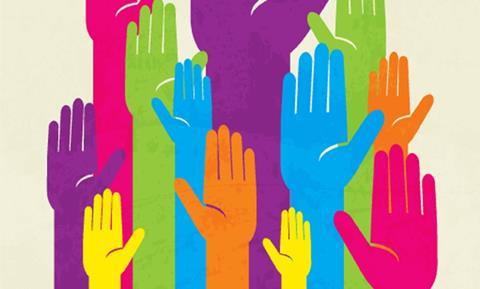 More than 1,000 people attended the first Future of Health: Long Term Conditions conference earlier this year. The organisers and co-sponsors, NHS England, UCL Partners and Dods, wanted to make the conference as meaningful as possible, and realised that it would be futile to discuss the issue of long term conditions without the perspective of the very people affected by them.

‘The group decided to change the word “jury”, because they wanted to be “critical friends” rather than sit in judgement’

This idea sprung from the ever increasing focus within the health and care systems on real world outcomes: that the 15 million people in the UK with long term conditions face a burden of disease over their lifetime that we can address medically (such as lowering HbA1c in diabetes) but that big gains in quality of life will only come through initiatives which address “more than medicine”.

These include designing services to suit users rather than providers, care planning to address people’s individual goals and paying attention to areas ostensibly outside the health sphere which in fact have a great impact on health − housing, transport, social care and employment.

How could we capture what people wanted from services for people with long term conditions? Various ways were discussed: giving seats on the conference steering committee to organisations which represent patients; rigorous quality control of speakers and sessions to make sure they addressed quality of life; having a patient give a plenary talk; and presenting the results of patient feedback surveys at the conference.

We did all of these, then went one step further and gave the conference a completely different feel from any others we’d been to or organised. We invited 14 people living with long term conditions to give immediate feedback and to tell us what we were doing right and wrong.

‘The panel made speakers think: am I addressing what’s important to people?’

The Richmond Group of charities and National Voices helped us recruit the group; initially it was called the Patient Jury. Then the word “patient” was dropped, in favour of “people”, in acknowledgement that people with long term conditions are patients for what is usually only a small proportion of their time.

Over two days, the nominated spokesperson and two people from the conference leads, UCL Partners and NHS England, facilitated the panel.

As a result of initial meeting and briefing, the group decided to change the word “jury”, because they wanted to be “critical friends” rather than sit in judgement − a term more conducive to better partnership. The People’s Panel was born.

And critical friends they were. They eloquently and touchingly described their conditions and the problems faced living with them. They attended plenaries as a group and divided up to listen to workshops. They were given priority in questions at the end of all the talks. They fed back through their spokesperson, who ended the conference each day with the thoughts and feelings of the panel.

Their impact was immediate and palpable. They made speakers think: am I addressing what’s important to people? Is this jargon? Is this going to improve the quality of life for the people sitting in front of me?

The result: a deeper commitment to the real issues by all; a greater willingness to abandon silos; a willingness to distance oneself from long held views, engendering loyalty to people rather than the system; and a recognition of the futility of planning services without working with patients in a meaningful way from early on.

‘It was the first event that created open, honest and equal dialogue between patients, commissioners, clinicians and policymakers’

It was not necessarily the case that what the panel said had not been heard before. But the coupling of clinical priorities with the experience of those for whom they are intended caused an observable shift in the implicit priorities of all those present − a shift in the direction of person centred care.

This is very much the zeitgeist. NHS England’s publication of Transforming Participation in Health and Care, and the forthcoming Citizen’s Assembly, which will hold the NHS England board to account, speak to patients as partners and their increasingly central role in policy.

Overall, the panel completely changed the nature and tone of the conference. It became the first event that any of us had been to that created an open, honest and equal dialogue between patients, commissioners, clinicians, academics, policymakers and trainee professionals. Every single person on the panel gave their all and dug deep into their reserves.

They described their exhaustion at the end of the conference to us and did not fail to remind us that they be would paying the price of their physical effort over the next days and weeks. But without exception they said it had been worth it.

We didn’t get it all right, of course. The venue was far from ideal with too many stairs, too far between rooms and not enough time for rests − not a great environment for busy people needing to self-manage their long term conditions.

But we got some of it right, and the major lesson we learnt was inviting the People’s Panel to design the conference (not just inviting them to attend) is the way to avoid these problems in the first instance. A principle that applies beyond the realms of conference organising, and into the design of services for people with long term conditions.

We effectively “involved” people with long term conditions in the conference, but we didn’t co-design the conference with them. It was a great start and everyone involved is keen to take it to the next step and co-design the next one. Let’s hope NHS commissioners can learn from our lesson too.

We’ve become converts to the People’s Panel. We can see no reason why all medical conferences shouldn’t have one. Organisers might claim, “Well, our conference is very technical,” or “It’s not really going to be of interest to patients,” or I don’t think the patient voice is really relevant to what we’re discussing here.”

If that’s the case, perhaps the question you should ask is: should you be holding a conference at all?

Ed Mitchell is an NHS Medical Director clinical fellow, Anna Moore is director of the integrated mental health programme at UCL Partners, Martin McShane is director for patients with long term conditions at NHS England, Peter Fonagy is professor of psychoanalysis at University College London and Anya De Iongh is a spokesperson for the People’s Panel