Co-payments undermine the NHS's claim to be 'free'

When NHS hospitals outsource their parking, catering and other services to firms wanting to make money from a captive audience they are not “free at the point of delivery”, says Noel Plumridge 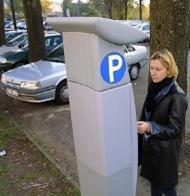 Offer patients choice, say the sceptics, and they’ll pick a hospital on the basis of car parking. Perhaps so: but in an emergency, the hospital car park chooses you.

Drive in, find a space, check the coins in your pocket and pad over to the NCP machine: £2.50 for two hours or £5.00 for six hours? Better go for the six-hour deal. We really don’t know how long we’ll be here.

In go the coins. Back to the car, fix the pay and display sticker to the windscreen. Then over to the hospital. First the toilets, where a sign explains the unpleasant blue strip lighting is to deter drug abuse. No time for Starbucks, join the crowd waiting for the lifts. Eleventh floor. Stroke assessment.

‘See a hospital through a patient’s or visitor’s eyes and things change. NHS care is not “free at the point of delivery” for relatives’

It’s early morning and we’re at a large acute hospital in the north of England. An elderly relative has been admitted following a stroke in the small hours. Up on the assessment ward there’s an atmosphere of calm busyness as women in white and blue tunics walk purposefully about. Tests are under way. Take a seat.

As expected, there’s plenty of time to absorb the surroundings. In the corridor are several huddles of relatives. No one looks affluent. More Superdry than Hugo Boss. Moving plastic chairs keeps two young visitors busy. There’s no greeting − the two static staff members are busy at their computer screens − but plenty of time to read the posters.

There’s a handy guide to staff uniforms. Matrons have red piping on their dark blue tunics. Sisters and charge nurses have white. Staff nurses wear pale blue. Security staff are easily identified by a shield, it doesn’t say whether they also carry sabres. Only doctors and managers are omitted.

Laminated A4 sheets provide performance statistics. In December 2012, hand washing compliance on the ward was 100 per cent. Rather oddly, staff attendance last month was 0 per cent. Ten minutes’ observation suggests both records will have been breached in January.

Time passes. Take a newspaper, go for some late breakfast.  Tea − not Starbucks coffee − costs £1.20. A tired looking man asks if he might share a table and says his sausage sandwich is “only £1.40” and “not bad at all”.  It comes in a polystyrene box.

Back on the ward, we’re able to see the patient. The stroke mercifully hasn’t been catastrophic, but he’ll clearly be here for a while.

Perhaps he’d like access to a television. In among the drips and gases there’s a futuristic screen. Other patients in the four-bed bay have theirs unfolded to eye level. One is watching the darts. The display offers “bundles” at between £2.50 and £20.00. You can subscribe to “the best in patient entertainment” either by ringing an expensive 0845 number or by using the machine in the corridor to buy a Hospedia “paycard”.

Outside, we fire a £20 note into a vending machine which curiously doesn’t seem to offer the £2.50 option. The paycard covers television for three days. A tenner would buy a day. It also includes outgoing phone calls, though not to mobile phones. There’s a sign at the ward entrance asking you to turn off your mobile, but it seems to be commonly ignored.

After a while it’s time to go. Still no test results but it’s still early days. We’ll be back this afternoon at visiting time.

This is not about QIPP or whole system efficiency: that’s another story. And if you are used to managing the millions, a few quid here and there may not seem material. But see a hospital through a patient’s or visitor’s eyes and things change.

‘NHS hospitals in England outsource their parking, catering and other services in return for hard cash to businesses keen to sell to a captive audience’

NHS care is not “free at the point of delivery” for relatives. Consider that the maximum state pension in England is £107.45 per week. Like the patients, many of the visitors on the 11th floor are elderly. A week’s TV for a sick patient, plus seven days parking for visits, and one can kiss goodbye to the entire week’s pension − give or take the price of a sausage butty.

The infirmary’s catchment area is impoverished. In 2010, unemployment ran at 13.5 per cent. The language of “shirkers” and “strivers” is irrelevant: the city is hard up. In fact, on the ward it’s hard to miss the crucial difference between the hospital staff and everyone else: staff have jobs and salaries. The others don’t.

NHS hospitals in England outsource their car parking, catering and other services in return for hard cash to businesses keen to sell to a captive audience. Hospedia, which acquired the assets of the notorious Patientline in 2008, is owned by private equity firm Marlin Equity Partners, based in Los Angeles. Its turnover hit £23 million last year. Economists call such charges to patients “co-payments”.

On the ground, it can feel more like a budget airline.