Competition in the NHS has to be carefully managed if we are to get the cost-effective, high-quality healthcare from the service we want 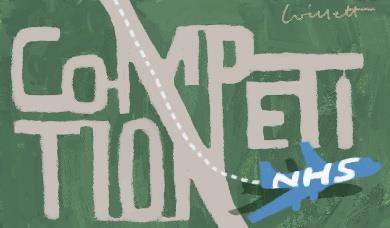 It is now nearly a quarter of a century since the white paper Working for Patients was published and introduced to the NHS the idea of an internal market. At the time, Ken Clarke said he wanted to see the white paper’s changes implemented gradually, rather than lighting the blue touch paper and standing back.

After 25 years of rumbling along the competition runway slowly gathering speed, it might just be wheels-up time for the NHS.

What has pushed the NHS into escape velocity are the new roles for Monitor and the Office of Fair Trading brought in by last year’s Health and Social Care Act. In particular, the act sets out new tasks for these organisations (and by implication the Competition Commission) to assess the costs and benefits of mergers and other significant service reorganisations from the point of view of competition and choice as specified by the 2002 Enterprise Act.

Last month saw the first published reviews of a potential merger between two NHS foundation trusts and the OFT has referred the poposed merger to the commission for further in-depth investigation.

Almost simultaneously, on the commissioning side of the market, the newly rewritten procurement rules issued on March 11 attempt to set out in words of nearly one syllable when commissioners can elect not to hold competitions and when they should.

In the search for new wording for something which has essentially ruled procurement in the public sector, including the NHS, for some years, the new regulations edge closer to a more explicit description of the role of competition in the NHS.

On the supply side of the market, the OFT’s review of the potential merger of the Royal Bournemouth and Christchurch Hospitals and Poole Hospital foundation trusts and the associated report from Monitor to the OFT on this not only go to the heart of much dispute about the role of competition in the NHS as a way to improve the quality of health services, but raise some difficult issues for the NHS in general and in this particular case.

The reviews are also revealing of the evaluative logic and lines of reasoning Monitor and the OFT need to adopt in order to fulfil their roles under the Health and Enterprise acts, and hold some important lessons for the NHS.

On the logic and reasoning, the OFT’s baseline position is that competition is a “good thing”. So, to use the jargon of regulation, any “substantial lessening of competition” is necessarily a “bad thing”. As, by and large, mergers might necessarily be expected to lead to less competition and choice, they are therefore also “bad things”. If only it were that simple.

Getting what we want

What the Bournemouth and Poole reviews show is that in the case-by-case evaluation of a merger, not only does the detail of the case matter but so too does a general qualifier to the OFT’s baseline view about competition; there can be “relevant customer benefits” that can compensate for the forgone benefits of lost competition as a result of a merger.

And once again, in plain English: competition is not always a good way of getting what we want.

The OFT recognising that competition is not the only way of skinning the quality of care cat is one thing. The requirement on the NHS to demonstrate this is the case is, however, another.

It is clear from Monitor’s assessment of the evidence submitted on relevant customer benefits for the OFT’s review of Bournemouth and Poole that convincing the competition authorities that less competition (in this case arising from merger) is bearable − given other benefits that arise from the merger − is not easy.

But wait: irrespective of the information demands from Monitor and the OFT, or the requirements of the rewritten procurement regulations, or the presence or absence of competition, surely the NHS should have a reasonably convincing evidence-based case for major changes such as the merger of two trusts?

This is no criticism of the particular case at hand, but it hasn’t been uncommon to hear economists at the Cooperation and Competition Panel complaining in the past of poorly evidenced cases for change from the NHS.

So, in terms of promoting a better evidence base for change, the scrutiny of Monitor and the OFT should be welcomed.

But some deeper questions remain. Not least is the place of other ways of achieving the objectives of competition − high-quality, cost-effective care. Everyone wants a good quality hospital on their doorstep, the question is how that can be achieved.

Competition and choice have evolved as dominant and powerful processes for producing things humans want. But markets can also fail; either to exist at all as a result of the way market incentives work, or fail to produce the quality and price desired because the competitive process has been distorted.

The OFT and the Competition Commission are largely concerned with rectifying failures in the competitive process. But both types of failure may respond to alternative, non-competitive actions. Some top-down management of performance, standard setting and inspection, for example. These could be complements to a competitive market too of course, but they may also be substitutes.

The service will need to engage constructively with the OFT’s competition role, and the authority will need to get to grips with the particular economic environment in which the NHS operates and the unique nature of the business that it is in.

Competition, in some regulated form, may generally be the economic process of choice in many sectors of the economy, but in a publicly funded healthcare service we need to be careful how, when, in what form and for what it is used to get the things we want from the NHS − cost-effective, high-quality healthcare.

John Appleby is chief economist at the King’s Fund