Crisis, what crisis? Psychiatry's shift to the mainstream

Almost since its inception, psychiatry has struggled to be accepted as a legitimate branch of medicine, says Ken McLaughlin

In its infancy it drew the wrath of the Church by postulating that the mind was simply a function of the material brain and therefore susceptible to disease and death, a concept that called into question the Christian concept of the immortal soul.

In the early 20th century, Freud’s theories around the unconscious posed a threat to mainstream psychiatry, as did the “anti-psychiatry” movement of the 1960s and 1970s. Despite these and many other critiques of its theories, concepts and treatments, psychiatry has remained the dominant profession within mental health services.

However, recent months have seen the debate over psychiatric validity once again come to prominence, and this time some leading lights within the profession are questioning its role and arguing that there is an urgent need for psychiatry to reposition itself.

Some go so far as to admit that the profession has made no new medical discoveries over the past 30 years, while others call into question the biomedical model of mental illness.

Unsurprisingly, such a crisis in psychiatry is welcomed by many of its critics in the hope that it will reduce the power of psychiatrists, lead to new ways of thinking about mental distress and reconfigure service provision in a more democratic way by giving a voice to those who actually require psychiatric and/or psychological support. 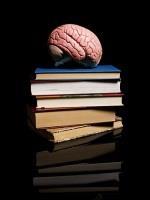 Power of the mind

However, if psychiatry is in crisis it is a rather strange one. The past decade has seen psychiatrists gain more statutory powers over their patients via the introduction of community treatment orders, which extend psychiatric power from the hospital to the community. Similarly, question marks over the reliability and scientific credibility of many psychiatric classifications and related medical treatments do not appear to have precipitated a decline in the diagnosis of the former nor prescription of the latter.

To understand why this is the case necessitates taking a step back from the narrow debate between psychiatry and its critics. We need to turn our gaze away from the isolated brain to wider social and political influences on the individual and collective psyche. While these are myriad and complex, by highlighting a few we can see that it is not solely the psychiatric profession and pharmaceutical industry that encourages people to see themselves as sick today.

First, in the contemporary period many traditional social bonds have been weakened that has, in part, led to people experiencing their problems in a more isolated and individual way. For example, the collapse of collective political struggle has seen a shift in focus whereby resistance to workplace exploitation is no longer framed around workers’ collective strength but on their individual vulnerability. Today, the unions actively encourage their members to view their problems through the prism of stress, with a sick-note and counselling offered by way of resolution.

Second, while critics of psychiatry correctly see the need for a new framework within which people can give meaning to their experiences, such a framework is all too often one that requires public recognition of individual hurt and offence caused to their sense of self. Newspapers are scoured by many in active pursuit of something to offend them, such as what they consider to be inappropriate terminology, or the exaggeration and sensationalising of the risks that ex-patients pose to the wider community, something that was evident in the recent supermarket Halloween costume furore.

Third, for both psychiatry and its critics childhood has become a key battleground. Faced with its failure to make much progress in ‘curing’ mental illness in the adult population, there is a growing belief by many psychiatrists that the answer lies in the early treatment of children. However, the exponential rise of childhood diagnoses such as attention deficit hyperactivity disorder and conduct disorder has less to do with a rise in childhood pathology and more to do with a society lacking a clear moral framework for bringing up its children. It is instructive that the rise in the prescription of Ritalin to control unruly children has coincided with moral confusion over how best to discipline them. In other words, as it has become less socially acceptable to smack children it has become more acceptable to drug them.

There are, of course, many children with severe emotional and behavioural problems. For them, professional intervention is often necessary. However, the expansion of such concepts and interventions to the extent that we see today has more to do with a sickness in society than one within our children. The promotion of the sick role and the seeking of recognition via public acknowledgement of individual vulnerability, rather than challenging psychiatric hegemony, risks inviting further professional colonisation of the lifeworld.

Dr Ken McLaughlin is a lecturer in social work at Manchester Metropolitan University. He is a speaker at the Battle of Ideas festival at London’s Barbican on 19-20 October. HSJ is a Battle of Ideas media partner