After the government cut a deal with the pharmaceutical industry that effectively took the cost of drugs off the table for two years, why is the National Institute for Health and Care Excellence still turning down cancer treatments based on cost? 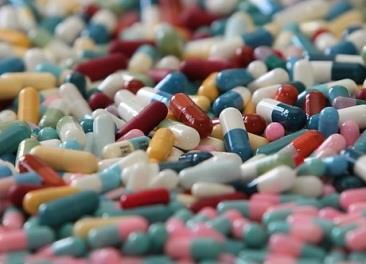 We heard earlier this year that the latest addition to the armoury against breast cancer was to be turned down by NICE for routine use on the NHS.

Kadcyla – also known as trastuzumab emtansine or T-DM1 – is a unique combination drug made up of the well known drug trastuzumab - Herceptin - and a very potent chemotherapy drug - DM1 - linked together. This is the first targeted chemotherapy treatment for breast cancer that specifically targets HER2 positive cancerous cells, leaving healthy cells relatively untouched.

And it is proving highly effective. Patients in clinical trials lived for nearly six months longer compared to those patients on the alternative treatment – with significantly fewer of the debilitating side effects such as vomiting and diarrhoea.

But while this drug is exceptional, the decision by NICE is all too familiar. This is the third drug for secondary breast cancer to be turned down on the basis of cost in the past year.

While patients in England will be able to access Kadcyla through the Cancer Drugs Fund, NICE’s decision means that women in Wales will likely miss out. In Scotland, patients remain in limbo while awaiting a ruling by the Scottish Medicines Consortium.

Perhaps more worrying is that this decision is the clearest indication yet that, unless something significant changes, our persistent problem of access to treatment will remain unsolved.

‘Unless something significant changes, our persistent problem of access to treatment will remain unsolved’

In the coalition agreement, the government committed to doing two things: it promised to “reform NICE and move to a system of value based pricing so that all patients can access the drugs and treatments their doctors think they need”. Now, four years on, both parts of this equation are finally on the table for scrutiny and discussion.

Long the whipping boy of charities and the industry, NICE has borne the “good job in difficult circumstances” mantle well. Interestingly, in April it came out fighting, placing responsibility for its negative decision firmly on the shoulders of drug manufacturer Roche for pricing the treatment too high.

The announcement on Kadcyla comes only weeks after NICE was in the press heralding its new “value based assessment” approach to drug appraisal. The resulting ripple of indifference was well deserved.

The latest proposals for NICE, at best, tinker around the edges of the appraisal process – giving additional weight to drugs for particularly burdensome illnesses and blurring cut-off lines, while removing beneficial status awarded to drugs designed for terminally ill patients in their last few months of life.

But it doesn’t take a health economist to see that it’s unlikely these changes will make any difference to patients who need Kadcyla – or indeed people who could have benefited from any of the seven other breast cancer treatments turned down by NICE in the past three years.

And the pricing bit? Here the picture looks a little rosier. The Department of Health and the pharmaceutical industry, through the Association of the British Pharmaceutical Industry, negotiated a new deal capping the NHS drugs budget at its current value for two years. This will be followed by minimum increases up to the start of 2019. Any spend over the current budget will be returned to the NHS.

This agreement means that even if Kadcyla were to be routinely introduced into the NHS, the impact should be cost neutral over the coming two years.

It almost seems too good to be true. Until you realise that this agreement is already in place, and has been since the beginning of the year.

Of course, the deal is more complicated than it looks on paper. A system for ensuring the money rebated by the pharmaceutical industry does indeed go back into the NHS needs to be worked out. But by all accounts it would be a travesty if the opportunity to finally take the sting out of expensive pharmaceuticals is missed due to red tape.

Deal or no deal?

At an estimated cost per quality adjusted life year of £185,000, no one is arguing that Kadcyla is not an expensive drug. But do we still need NICE to rule on cost effectiveness if the government has managed to cut us a deal with pharma that effectively takes price off the table? If the drug pricing agreement runs to 2019, are we any nearer to the longer term solution that is so desperately needed?

Despite a government commitment to sort out this mess, it seems the answers to these important questions remain unclear. What is clear is that the latest round of mud-slinging between NICE and the industry is no good for patients.

Even where drugs remain available, unhelpful decisions like this one on Kadcyla only serve to worry patients and their families, and across the UK deny access to treatments that could vastly improve patients’ lives.

And this decision will doubtless also have an impact on doctors’ enthusiasm to prescribe these exciting new treatments, perpetuating the clinical conservatism that means the UK lags behind our European counterparts in the uptake of new drugs.

With the general election looming, it’s time to hold the government to account for the promises it made at the start of this term. The report card on improving access to cancer drugs can only say “must try harder”. And it must. The 1,000 women who die of secondary breast cancer each month must be given every chance to help beat their disease.