Obesity evidence: There are diets as effective as the knife

NICE has praised the use of surgery to fight the growing obesity crisis. All while research shows that very low calorie, and low energy liquid diets are just as successful, more sustainable and cost effective for the NHS, argues Iain Broom 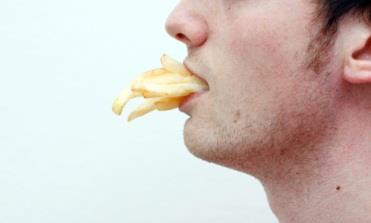 The UK is on course for a massive increase in bariatric surgery to address obesity and diabetes, according to a current consultation document by National Institute for Health and Care Excellence.

Newspaper headlines exclaimed “Thousands more to get obesity ops on the NHS” and “1.8 million people will qualify for taxpayer funded surgery”.

Indeed, on Radio 4’s The Report, Mark Baker, director of the Centre for Clinical Practice at NICE, spoke as if it were official policy by praising surgery and slamming very low calorie diets – meal replacement soups, bars and shakes, with fewer than 801 calories a day.

This is despite explicit evidence to the contrary from obesity experts around the world, clearly ignored by Professor Baker.

Charities and others hit out at the costs, but this is just part of it.

I do believe Professor Baker and his colleagues have got this one very wrong, and missed huge swathes of evidence.

So before we spend £100m on extra surgery annually (according to The Report), let’s look behind the headlines. And, indeed, let’s examine whether the £100m figure is even accurate.

Within this, there are many issues, not least mortality, which is small but significant.

Then there is the ongoing essential patient care, addressing psychological problems and nutritional deficiencies.

All this costs around £700 annually - a total of £14m, which is omitted from the NICE consultation. And in 10 years the cost will be £140m and counting.

‘Not all patients are suitable or want surgery; many surgical interventions fail’

And what about patient choice? Not all patients are suitable or want surgery; indeed, many surgical interventions fail.

Do we simply ignore these patients or do we really try and help them lose almost the same amount of weight by diet and behaviour management?

This brings us to the nub of the problem, so let’s look at different dietary approaches in association with behaviour change and increased physical activity to achieve weight loss and maintenance.

The government’s central strategy of “healthy eating” and “five a day” has spectacularly failed.

In its 11 years, the central battleground of obesity has risen from around 3st weight loss to 5st. Today, obesity costs the NHS many billions of pounds a year and morbid obesity is the UK’s fastest growing weight category.

Even 10 years ago, the Health Technology Assessment Group demonstrated that a low calorie diet offered by far the best of any method of weight loss by dietary means over a year.

This research, of which I was a co-author, was funded by NHS Research and Development and so NICE would clearly have had access.

In addition, research by the Counterweight Research Group - funded by the Scottish government and published in the Journal of General Practice - backed this up, confirming that a more than 15kg weight loss was perfectly sustainable over a year using a low energy liquid diet in primary care.

Indeed, three and four year studies have shown excellent results, with sustained medical benefits and savings on drugs and treatment.

Time to look at the evidence

On diabetes - one of the NICE pillars - a small study excited Diabetes UK so much that they allocated their largest grant ever - £2.4m - to a major piece of research in Glasgow and Newcastle to establish the role of these diets in reversing diabetes in newly diagnosed patients.

Even the EU is excited, with a €6bn global research programme to reverse pre-diabetes.

I am pleased to say that progressive sections of the NHS already use these diets. I have used them myself since 1983 with great success.

The British government is not anti-commercial – they fund Weight Watchers and Slimming World.

‘We need a successful, well researched solution that people can undertake themselves at home’

Yet very low calorie diets are far better at losing more substantial amounts of weight, so why not them?

A health economic analyses of the diet demonstrated its suitability for use in achieving improved weight loss over conventional low fat diets. Also, the cost per quality-adjusted life year fell well within the scope of NICE approval for funding.

In summary, more than ever in the middle of our obesity crisis, we need a successful, well researched solution that people can undertake themselves at home.

Very low calorie and low energy liquid diets - combined with therapy to resolve the underlying issues that caused the weight gain in the first place - are highly successful.

NICE should recognise this, and get behind it.