Older people are our forgotten addicts

Alcohol misuse is soaring among older people and is presenting new challenges for service provsion and commissioning, says Tony Rao 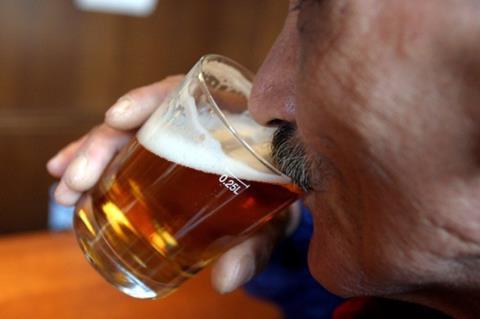 The number of alcohol-related admissions for people aged 65 and over in England is growing apace. In London alone, there were over 400,000 admissions in this age group between 2002-03 and 2011-12, with an average 189 per cent increase in admission numbers over this timeframe.

Some areas such as Enfield, Bexley and Brent saw increases of over 400 percent. A similar increase of 150 per cent for admissions over this period has been noted for those aged 65 and over, with alcohol misuse accompanying other mental disorders (dual diagnosis).

In 2009, South London and Maudsley Foundation Trust developed the first dual diagnosis strategy in the UK. Having made the recording of alcohol and drug use mandatory within the mental Health of older adults clinical academic group, detection, intervention and referral for older people with dual diagnosis became incorporated into all care pathways and all service lines.

As well as developing a bespoke training package for health professionals in dual diagnosis, there are plans to create champions within each clinical team and for more robust partnerships to be established with statutory and voluntary agencies.

In addition, for the first time the impact of alcohol-related health and social harm in older people has been collated for a single borough.

The publication of Our Invisible Addicts in 2011, led by Professor Ilana Crome, represented the impetus for driving changes in policy, public health interventions, service delivery, training, research and integrated care. Although some aspects were seemingly controversial at the time, viewing alcohol as a drug that may have the potential for greater harm in older than in younger people led to the government’s alcohol strategy making recommendations for routine screening of 40-74 year olds for alcohol misuse in primary care.

There are also plans to convene a working group to revisit the theme of recommended limits and how these might apply to older people.

Addressing older people’s drinking within my own mental health service has been challenging. Between 2005 and 2012, there has been a 90 per cent reduction in alcohol-related hospital admissions for older people from my catchment area of north Southwark.

However, alcohol harm still appears to be rising in that there has been an 80 per cent increase in the number of patients with dual diagnosis on my community team caseload.

In spite of this, the impact of integrated care in delivering both specialist alcohol and old age psychiatry expertise within a single service has paid dividends, with favourable outcomes evident from the first naturalistic study of liaison psychiatry referrals for older people with alcohol misuse who were followed up for at least six months in the community.

Analysing this data more closely, the delivery of brief intervention and motivational interviewing within a recovery model was the broad framework for producing clinically effective outcomes of abstinence and controlled drinking.

This mirrors similar findings in the US, where a three year follow-up study of brief intervention for community residents aged 65 and over found significant reductions in alcohol screening scores and depression at both intervention discharge and 30 day follow-up.

A 12-month randomised controlled trial of primary care intervention for patients aged 55 and over found a reduction in the overall amount of alcohol consumed over the previous seven days, when comparing the provision of a booklet on health behaviours to a larger package involving counselling and telephone advice.

Mental health services cannot operate in silos and the voluntary sector has a major role to play in complementing the delivery of health-based interventions. In the UK, most of these services for older people are for those aged 50 and above, also delivering interventions within a home-based model.

Using a summary of older focus client outcomes from October 2010 to March 2012, Addiction Northern Ireland found a 60 per cent overall reduction in alcohol misuse accompanied by an improvement in quality of relationships, emotional health and use of time following one on one counselling.

Addaction in Glasgow implemented a similar model but also included peer-led counselling and found that 80 per cent of service users had reduced their alcohol intake and showed similar improvements in mental and physical health.

‘What was once a group that was hidden and forgotten is now one that can and should be very much on the political, clinical and public health agenda’

As part of Drug and Alcohol Service for London, a three year project in Bexley called Last of the Summer Wine identified similar themes to Foundation 66 in common risk factors for drinking. DASL complemented home based counselling with training of health and social care professionals, distributing information leaflets and delivering workshops for carers.

In the West Midlands, Aquarius ran an 18-month pilot project between 2010 and 2011, with interventions to improve networking and local involvement, health information and assertive outreach.

The provision of services for older people with alcohol misuse have transformed the face of patient care over the past five years and there will naturally be further growth in this area of expertise.

What was once a group that was hidden and forgotten is now one that can and should be very much on the political, clinical and public health agenda. This cannot happen with integrated care models with partnerships that involve primary and secondary care, social services, housing and the voluntary sector.

The potential for commissioning services to meet a growing demand remains considerable.