The contenders to the political crown at May’s general election must be clearer about how they would fund care, resource change and secure a sustainable NHS for future generations, writes Anita Charlesworth

The problems with accident and emergency services over the past few weeks must have quashed any doubts in anyone’s mind that the NHS will be a key battleground in the general election debate.

Much of that debate will hark back to past actions, or to today’s challenges facing the NHS.

These discussions are important but there is a big elephant in the room that no one wants to talk about, and that elephant is money.

After the general election in May, one of the first things the new incoming government will do is to conduct a spending review to determine how to share out additional funding or, more commonly these days, how to allocate the pain of spending cuts. 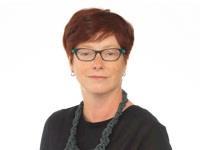 All the main political parties are committed to reducing the fiscal deficit, which will still be around 5 per cent of gross domestic product in 2015. The NHS now accounts for almost £1 in every £5 of all government spending.

Just sustaining, let alone improving, the quality of care while delivering fiscal balance will be one of the major challenges facing any incoming government.

We need all political parties to be much clearer with the health service and the electorate about how they would face this challenge.

Last week at the Health Foundation we launched our finance briefing, which set out our analysis of the funding issues facing the NHS.

Three things are clear from our work and bring into sharp relief the magnitude of the choices the new government faces.

First, the £8bn of additional resources that Simon Stevens identified as required for the NHS in England by 2020-21 in the NHS Five Year Forward View should be seen as the absolute minimum. It cannot be seen as the starting point for negotiation that can be whittled away, nor does it allow politicians to commit the NHS to lots of new initiatives.

It is the funding level which would be required to maintain services for a growing and ageing population if – and it’s a very big if – the NHS succeeds in delivering a significant improvement in productivity and it is possible to maintain very tight pay restarting for healthcare workers.

The forward view sets out a programme of reform for the NHS that is designed to allow the service to improve the rate of productivity growth and thereby narrowing the funding gap to £8bn.

Given the outlook for public finances, the squeeze on other public services, combined with straightened household finances, it must be right to ask the NHS to pull out all the stops and seek every opportunity to improvement the efficiency of care.

But while everyone recognises that there is scope for substantial improvements to how well the NHS delivers care, it is also clear that if it were that easy it would already have been done.

Unlocking the big ticket productivity improvements will require dedicated time, skills and effort. It needs upfront investment in change and in new services before the gains can be realised in other parts of the system.

This is not unique to healthcare. All large, complex services know that change doesn’t happen instantly and that success is dependent on hard work and resources.

The second issue, which all parties need to address, is therefore to resource a “transformation fund” to provide the financial assistance necessary to underpin change.

The Health Foundation’s work shows that the funding challenge doesn’t disappear beyond the next Parliament, even if the NHS succeeds in implementing the vision set out in the forward view.

Our new estimates of the pressures on health spending show that, even with continuous growth in productivity in line with recent trends, funding pressures on the NHS in England would rise to £65m above inflation by 2030-31.

‘We need NHS funding to grow by around 2.9 per cent a year, faster than the projected rise in GDP’

If successive governments are to meet these pressures, we need NHS funding to grow by around 2.9 per cent a year, faster than the projected rise in GDP (2.3 per cent).

The third task facing the next government is therefore not just to secure the resources and deliver service for the coming five years, but also ensure the longer term sustainability of the NHS. To do this we need to establish a political and public consensus on longer term funding levels for the NHS.

Clearly, a significant challenge lies ahead that all political parties need to rise to. The scale of funding required may seem daunting but our analysis doesn’t suggest there is anything inherently unsustainable about the NHS model.

If by 2030-31 we were spending the extra £65bn projected as the level pressure facing the NHS, health spending in the UK would have risen as a share of GDP to around 10 per cent.

In other words, the same share of GDP as was spent on average by the 15 leading members of the EU in 2012, and still substantially below countries such as Germany and the Netherlands. Challenging, but far from impossible or unimaginable.

Anita Charlesworth is chief economist of the Health Foundation