So, how easy will it be to deliver the General Practice Forward View? 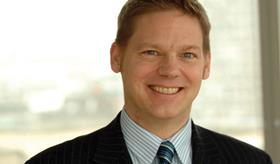 The General Practice Forward View, published this week, is the missing element of the wider ‘forward view’ reform agenda. It sets out a wide range of investments in general practice and wider primary care designed to stabilise this sector and to enable it to play a greater part in the ongoing transformation programme for the NHS.

It has, so far at least, received a relatively warm reception from the profession and a clear endorsement from the Royal College of GPs (who actually appear as development partner of the report). It heralds significant new money to support a comprehensive package of developments.

Centre stage is the pledge to increase funding of GP services by 14 per cent overall. This includes an immediate 4.4 per cent increase in core GP funding, with a significant hike in fees for services such as vaccination and immunisation and financial help to cover the increases in costs of medical indemnity.

In addition, there is a pledge to increase training and recruitment of GPs, with 5,000 more GPs in place by 2020, supported by a further 5,000 allied staff such as mental health therapists, clinical pharmacists and physician associates.

The current GP workload will be reduced by streamlining NHS contracts to lessen pressure on primary care (for example, by no longer requiring hospitals to automatically refer patients back to their GP if not attending an outpatient appointment or if they require onward referral to another professional) and reducing the burden of Care Quality Commission regulation.

Investment in infrastructure will be targeted at premises improvement and in technology designed to transform doctor-patient interactions through on-line consultations and better resources for self-care. Importantly, this package isn’t tied to strict compliance with wider and contentious policy aims such as seven day working – though this will no doubt be encouraged.

These reforms begin to address an increasingly obvious anomaly. While health policy has consistently emphasised the need to invest in primary care, perversely the proportion of NHS expenditure dedicated to general practice has steadily declined over the last decade.

Are these reforms needed? Absolutely. General practice is facing ever increasing demand on its services

This latest package reverses the decline sharply. When taking into account all funding sources, RCGP analysis suggests that the proportion of funding dedicated to general practice will rise by 2020 to around 11 per cent.

While a significant step forward, it should be noted that, according to the same analysis, this simply serves to bring general practice’s share back broadly to its 2005 position.

Are these reforms needed? Absolutely. General practice is facing ever increasing demand on its services. Last year’s Primary Care Workforce Commission, chaired by the eminent Professor Martin Roland, reported that the demands on general practice have increased significantly.

Test results dealt with in general practice have tripled between 2003 and 2013 and people with complex prescription regimes have more than doubled between 1995 and 2010. At the same time, investment in GPs has fallen relative to hospital consultants, with the number of GPs increasing between 2003 and 2014 by 14 per cent compared to a rise of 48 per cent in hospital consultants.

The wider transformation of the NHS, and its long term financial sustainability, cannot be achieved without primary care at its centre

In fact, the number of GPs per head of population has actually declined since 2009 and 8 per cent of GP positions and 12 per cent of GP training places remain vacant. More worryingly, fewer than 20 per cent of foundation doctors say that general practice is their first choice of career.

Perhaps unsurprisingly, the seventh National GP Worklife Survey in 2013 reported increasing levels of workload and the highest stress levels since the survey began.

But the reinvigoration of general practice is important from a broader perspective, too. The wider transformation of the NHS, and its long term financial sustainability, cannot be achieved without primary care at its centre.

Local Sustainability and Transformation Plans will all be propped up by ambitions to reduce unnecessary admissions to hospital, stronger health promotion and disease prevention, and faster discharge into supported community environments. None of this can be achieved with a weary general practice sector losing its most experienced members to early retirement.

Different sides of the same coin

Therefore, the GP Forward View and a sustainable NHS are very much linked. This new package of support will provide a helping hand to those GP leaders (in CCGs, Vanguards and Pioneer sites) who are trying to create a new vision of care with general practice at its centre.They currently face the risk of becoming detached from an increasingly demoralised army.

But the implementation challenge should not be underestimated. As Arvind Madan, Director of Primary Care at NHS England and an author of the Forward View, makes clear the solution to the current problem lies in a mixture of investment and reform. More money to provide the same thing is not on offer and changing the skill mix in primary care is key. So there is much to do within general practice to realise expectations.

The aim (and the claim) is that the Forward View will sit alongside earlier reforms of note as watersheds in general practice – such as the 1990 GP contract that led to widespread development of primary care nursing teams, or the introduction of the Quality and Outcomes Framework which accelerated the implementation of structured disease management.

Towards a sustainable future

While ambitious, this does not seem far-fetched. If successful, the Forward View will enable GPs to focus on complex patients, will see pharmacists and other professionals as an integrated part of the primary care team and will revolutionise the ways in which patients and primary care communicate through new technology.

If GPs are facing challenging reform, so too may be patients

But these reforms also present potential challenges for patients. The national evaluation of integrated care pilots carried out on behalf of the Department of Health by EY and Rand Europe offers some insight here.

The impact of more proactive coordinated care for people with long term conditions led to some surprising falls in patient satisfaction, at a time when clinical staff believed that they were offering better clinical care. The hypothesis is that a new style of care, with a better variety of skills, can be perceived as a loss of continuity by patients. If GPs are facing challenging reform, so too may be patients.

Richard Lewis is a Partner and Health Advisory Leader at EY