Taking the pulse of health and wellbeing boards

A national survey of the role of health and wellbeing boards offers a degree of optimism for the future, but they must scale a steep learning curve, says Richard Humphries 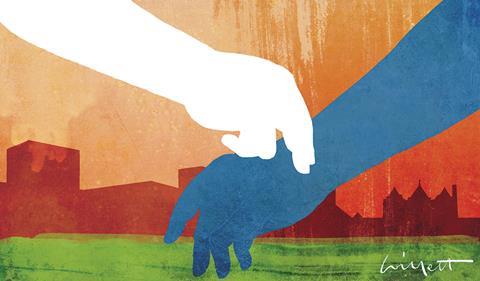 One aspect of the Health and Social Care Act that has proved remarkably uncontroversial is the creation of health and wellbeing boards to drive closer working and integration between the NHS, social care and public health.

The fault line in the relationship between local government and the NHS goes right back to the big falling out in 1946 between Herbert Morrison and Nye Bevan over who should run the new service. Morrison, the leader of the commons, lost the argument and although local authorities hung on to community and public health services, these too went over to the NHS in the 1974 reorganisation.

These two huge public service silos have needed some kind of coordinating vehicle ever since. Health and wellbeing boards are the latest iteration − the new “poster boy” of partnership working. History has often judged their predecessors unkindly. So will the new boards fare better?

The results of the King’s Fund’s national survey of health and wellbeing boards offer grounds for cautious optimism, but they face a steep learning curve if they are to demonstrate a real impact on the tough challenges facing their local health and care system.

‘Unless NHS England is a more active partner in its commissioning role, it will be hard for the boards to lead the development of integrated care locally’

On the plus side, local authorities offered stability and leadership in establishing the boards while the NHS faced the turmoil of reorganisation and clinical commissioning groups were distracted by the authorisation process. Our survey respondents − usually local authority board leads − reported that relationships between the authority and local CCGs are very good, with more than two thirds saying this has improved over the past year.

This is reinforced by an emerging pattern of senior elected members chairing the board and the vice chair coming from the CCG. Most boards can tick the shadow year boxes such as producing a joint strategic needs assessment and a local health and wellbeing strategy.

But there are wide variations in board development and in some places the profound differences in culture and ways of working between the NHS and local government have yet to be mutually understood. The financial climate and confusion about new roles in the reformed NHS are seen as the biggest obstacles.

More worryingly, most boards we surveyed have yet to grapple with the immediate and urgent challenges facing their local services, notably financial pressures and service reconfiguration and transformation.

Surprisingly, given this is their raison d’etre, very few mentioned integrated care. And while most respondents thought their boards would have a real influence on the commissioning plans of their local partners, most had no confidence in their ability to influence the commissioning decisions of NHS England in relation to local primary care services.

Unless NHS England is a more active and engaged partner in its commissioning role, it will be hard for the boards to lead the development of integrated care locally − their primary purpose.

Boards seem to recognise they need to change gear and move on from focusing on their own development to delivering tangible outcomes for their local population. Nearly two thirds said they wanted a greater role in commissioning services in order to do this.

‘NHS engagement in the boards will be rekindled by money − notably the £3.8bn integration transformation fund’

But this would have major implications for their composition, size and the professional support they would need. The legal powers and duties of boards are largely permissive and discretionary, reflecting their role as a vehicle for partnership rather than executive decision-making.

And in London and other big conurbations the scale of service change needed exceeds the geographical footprint of single boards. Here, wider system leadership arrangements will be needed.

NHS engagement in the boards will be rekindled by money − notably the £3.8bn integration transformation fund and the local plans for its use that must be signed off by the boards by April next year.

The stakes are high as the financial squeeze on the NHS and local government simultaneously intensifies. As King’s Fund chief executive John Appleby pointed out recently, financing the integration fund will result in an average reduction of £17m for each CCG. Boards will need to work hard with their NHS partners to agree how the tough conditions attached to the fund can be met in ways that alleviate local pressures on acute hospitals, as well as social care.

This is a big ask but a great opportunity for boards to demonstrate they can rise to the challenge of playing a bigger role in the planning and commissioning of all local services.

In the meantime, strong and purposeful relationships between CCGs and local authorities − based on partnership not takeover − offer the best prospects for boards to make a real difference where their predecessors failed.