The Bedpan: Let them eat pizza

This week: John O’Connell, chief executive of the TaxPayers’ Alliance

“If a bedpan is dropped in a hospital corridor in Tredegar, the reverberations should echo around Whitehall” – attributed to Nye Bevan

The Bedpan is HSJ’s new weekly political column. The NHS is an inherently political construct which will always be affected by politicians, political parties and movements - The Bedpan helps you understand where the political winds are blowing. The column will normally take the form of an interview with a prominent figure on the political scene.

This week: John O’Connell, chief executive of the TaxPayers’ Alliance.

Why he matters: Formed by omnipresent right-wing lobbyist Matthew Elliott in 2004, the TaxPayers’ Alliance remains highly influential on Conservative attitudes to public spending, as well as consistently controversial. Mr O’Connell joined in 2009 an as intern, then went on to head up its highly successful lobbying arm before taking the top job. 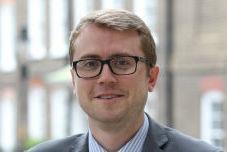 TaxPayers’ Alliance chief executive John O’Connell says he was “pleasantly surprised” to be asked in March this year to provide a quote for the NHS England press release announcing that it was “curbing routine prescribing for minor, short-term conditions”.

The decision certainly raised eyebrows in NHS policy circles, for whom the alliance is something of a pantomime villain – booed before it has a chance to open its mouth. Indeed, even before this piece was published, HSJ received several complaints about the fact we were interviewing somebody from the TPA, with most critics citing its refusal to reveal who funds them as their objection.

Mr O’Connell says the alliance is “happy to work with government organisations if there’s a shared interest” and has “met with loads of people from NHS England” on a range of topics.

The TPA chief executive, in fact, is at pains to put right what he sees as a number of misconceptions about the alliance’s work and views.

To begin with he says the TPA does not “necessarily see a problem with spending more money on the NHS per se”, adding: “Richer countries tend to run out of things to spend on other than keeping themselves alive, which is a great thing.”

The TPA is also no fan of US healthcare – something which Mr O’Connell says it is regularly accused of. To the contrary, he says, the campaign group has no love for a system which combines high insurance premiums and significant taxpayer subsidy.

He laughingly acknowledges that championing a European approach to healthcare from the right might be difficult at present, but says “Europe’s not wrong about everything”

It does however, question whether the NHS’s tax payer funded model is sustainable in the long run and think it “sensible” that alternative approaches – such as those used in Germany, France or the Netherlands – are worthy of exploring and might avoid the cycle of “feast and famine” to which the NHS is so often exposed.

Mr O’Connell points out that these countries all spend more of their GDP on healthcare, but that any suggestion of diverging from the UK’s existing system is treated with “opprobrium”.

He laughingly acknowledges that championing a European approach to healthcare from the right might be difficult at present, but says “Europe’s not wrong about everything” and pleads with critics to “tell us why we’re wrong instead of shouting us down”.

But it is dissatisfaction with the tax which people pay now which drives most of the alliance’s thinking and activity.

“The tax burden is at a 49-year high,” says Mr O’Connell. TPA members “are happy paying reasonable amounts of tax for first-class public services – beyond that [they think] ‘leave me alone.’”

When you drill into the ‘would you pay more money for the NHS’ [polls] it’s quite often, ‘but somebody else should pay rather than me’”

He continues: “My very strong inclination would be to find money for the NHS from not doing something else – [stopping] a stupid project like HS2 would save more than £50bn.”

Challenged on the polling which suggests support for increased taxation to help fund the NHS, he says: “When you drill into the ‘would you pay more money for the NHS’ [polls] it’s quite often, ‘but somebody else should pay rather than me.’”

The TPA chief executive might also surprise a few when he declares unequivocally that “the NHS needs good management”. He even thinks there are circumstances in which NHS managers should be paid more.

“The public sector, not just the NHS, is woefully bad at procurement – which is infuriating and wastes tax payers’ money as the private sector can kind of fleece them. The public sector must be bolder in paying higher salaries to people that understand procurement. If it saves taxpayers money in the long run, then fine.”

What Mr O’Connell really dislikes is “centralisation of pay” in the NHS.

He claims it is not “for anybody in Whitehall to determine who is doing a good job” and that trusts should have “flexibility” to pay those who excel significantly more and refuse a rise to those who are not performing. That is at odds with the approach of government and regulators in recent years, to set incrementally tighter rules.

The TPA chief believes some local authorities have been much more willing to “embrace change” in the form of greater efficiencies than has the NHS. He claims that despite enormous cuts to their budgets, user satisfaction rates with councils do not appear to have shifted significantly.

Returning to pay, he says: “Public sector staff are paid more than their private sector equivalents – they also have exceedingly better pensions that are subsidised by taxpayers.”

And referring specifically to NHS managers he adds: “So, it’s legitimate to call into question what people are paid and how many of them there are. Has growth in managerial numbers [this century] produced better results?”

Not according to the alliance’s members who would like to see a return to a pre-Griffiths report world, when clinicians ran health services with little general management, concludes Mr O’Connell.

While he is clearly not happy with all that is going on in the NHS, it is prevention initiatives and health education that really get the TPA chief executive’s goat.

Acknowledging that many TPA members might like the idea of drunken louts paying toward their care in emergence departments, he believes it is “a dangerous argument”

He is firmly against using financial incentives to dissuade people from unhealthy behaviour. The “tax system shouldn’t be used as a lever to interfere in people’s lives in the aggressive way it currently is”, he asserts, claiming that “smokers pay more duty than they cost the NHS”.

He is also against charging the ‘undeserving’ for normally free services. Acknowledging that many TPA members might like the idea of drunken louts paying toward their care in emergence departments, he believes it is “a dangerous argument – deeming what sort of lifestyle is preferable”.

Mr O’Connell believes the better answer is education – though not of the sort commonly discussed in public health circles. He wants doctors to dispense “tough love” to unhealthy patients in order to get them to change their ways.

He is much less keen on more traditional public health messaging, saying he is “genuinely concerned” about the way interventions like plain packing for cigarettes have been “normalised” and claiming the current prevention agenda is “deeply, deeply disturbing in terms of personal freedoms”.

Warming to his theme, he continues: “There must come a point where you say ‘sod off’ – and let me live my life.

“If I want to eat something that’s unhealthy for me – I do not need you telling me that I can’t do it. It’s nothing to do with you how I enjoy my life.