The Bedpan is HSJ’s new weekly political column by editor Alastair McLellan. The NHS is an inherently political construct which will always be affected by politicians, political parties and movements - The Bedpan helps you understand where the political winds are blowing. The column will normally take the form of an interview with a prominent figure on the political scene.

“If a bedpan is dropped in a hospital corridor in Tredegar, the reverberations should echo around Whitehall” – attributed to Nye Bevan

This week: Fraser Nelson, the editor of Tory ‘house magazine’ the Spectator

Why he matters: Mr Nelson has edited the Spectator since 2009. A strongly independent voice on the right, Mr Nelson and his magazine have significant influence over issues like the Conservative party leadership and the direction of Brexit.

“The Conservatives’ approach to the NHS,” says Fraser Nelson, “can be summed up in two words: ‘Simon Stevens’.” 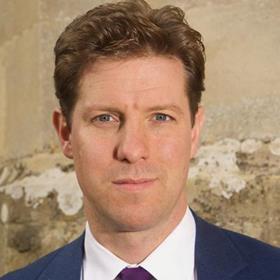 The Spectator editor is not suggesting that Mr Stevens is a Tory – the NHS England chief executive was of course a leading player in New Labour’s health reforms – or that he is enacting a Conservative agenda.

Mr Nelson is simply expressing his belief that handing responsibility for the NHS to the “widely admired” Mr Stevens is a profound relief for a party for which the NHS is “the third rail – touch it and they get frazzled”.

It’s not, he observes, sitting in the Spectator’s St James’s Park office once occupied by Boris Johnson, that Conservatives think the NHS is perfect.

“If you were to slip a truth serum into any Tory’s gin and tonic he would tell you that the NHS’s problems are caused only to a small degree by a lack of money, and that there is still staggering waste and inefficiency,” he says, but “they’ve inherited something that is too big to reform effectively”.

Fixing the NHS is a project on the scale of Soviet Perestroika he declares, and the Tories “don’t want to be Gorbachev”.

This reluctance to take a firm hand with the NHS is long-standing.

Mr Nelson, in his soft Scots Highland accent, recalls attending a meeting at the right-leaning think tank Reform during the early years of David Cameron’s leadership of the Tory party.

The guest speaker was Michael Gove, at that time “the philosopher king of the Cameron project”.

Some members of the Reform team enthusiastically promoted a market-driven restructuring of the NHS should the Tories take power.

“Gove got quite angry,” remembers the Spectator editor. “It’s the only time I’ve seen him angry, he’s quite a genial person. He said: ‘You guys are all wasting your time if you’re going to come up with market-led NHS reforms. If you want to influence what a Conservative government does, drop this, because it ain’t going to happen.’”

Why Mr Cameron did allow Andrew Lansley to embark on a major reform of the NHS – though not of the sort envisaged by Reform – is a “mystery” to Mr Nelson. But the fall-out from that period has only confirmed the view that the NHS is Kryptonite to Conservative governments.

Thank heavens then for Mr Stevens, someone who is “not short of ambition”, acts as “effectively the health secretary of England” and allows the Conservatives to present themselves as “decent custodians” of the service.

Mr Nelson is particularly impressed by the way the NHS England chief stood up to the PM during her first year of office.

“Before last year’s disastrous general-election she was all up for machine-gunning any signs of independent life in her own cabinet or outside of it. They all wimpishly caved in, expect Simon Stevens, who fought back. Good for him - he’s a difficult man to reshuffle and he knew it. I just wish the cabinet displayed the same fortitude that he showed under fire.”

Mr Stevens is “a little bit too effective a campaigner for the Tories’ liking” and “always gets the most money available to him”.

Since the 2017 general election No10 does not control the rest of government, according to Mr Nelson: “People can operate with as much latitude as they’ve got the nous to take – sadly about third or half the cabinet might as well not be there at all. But Stevens spotted this opportunity brilliantly.”

The result was his success in persuading the PM to give the NHS a £20bn birthday present. This was a decision, Mr Nelson confirms, which was “deeply controversial” within the party, angered the Chancellor, and left a “lot of people in the Treasury in despair [because of] what it would mean for other spending departments”.

Indeed, Mr Stevens has been so successful that “there’s nothing [now] he really wants” from government, according to Mr Nelson.

He is very clearly a fan of the NHS England chief, but concludes: “It’s not entirely a good thing – what happens if it was somebody less effective in that role – where would control and oversight come from?”

The trauma of social care reform

While Mr Nelson thinks Jeremy Hunt acquitted himself well as health secretary and doesn’t wish to “disparage” his successor Matt Hancock, he adds that it has “never been clear what a Conservative health secretary wanted to do with the NHS”.

The Spectator editor pines for Mr Hancock to “come up with a coherent narrative for a Conservative approach to healthcare – rather than simply asking Stevens to run the NHS”.

If reforming the NHS feels difficult for Conservatives, then the more urgent task of rescuing social care also feels beyond them after the trauma of the 2017 election, Mr Nelson explains.

“The folk memory of the Tory party is that they tried to fix social care and it almost destroyed them. It’s shame in many ways. The so-called ‘dementia tax’ strategy was the right one. Damian Green told me that there are £1.7trillion of assets in the equity of those who are over 65.

“Taxpayers money should not be used to protect people from the ignominy of a five-figure inheritance as opposed to a six figure one.”

The government are “going to find ways of kicking [social care reform] down the road to the next election and beyond”.

So, who might grasp the nettle of NHS and social care reform?

The centre does not exist any more. Globalisation over-reached and Brexit dialled it back

Labour are very clear on what they do not like about the current NHS, but – apart from giving it more money and ending privatisation - they are, wisely, keeping their counsel on what else they would do in power.

Mr Nelson says Tories are unlikely to object to either of Labour’s avowed priorities, noting that “the former communist John Reid was far more supportive of private sector organisations” working in the NHS when Labour health secretary during the last decade than any of his Tory successors.

As for a centre party emerging and driving forward a series of New Labour-like reforms, forget it.

“Politics has moved on,” says Mr Nelson. “The centre does not exist anymore. Globalisation over-reached and Brexit dialled it back. [The post-crash world has] undermined the idea of Blairite market reforms being a compromise, a stable centre ground. Most Tory voters think we should nationalise the railways. People like me might soon find ourselves as nostalgic for that [Blair] era as Corbyn and McDonnell were perceived to be about the 1970s.”

Next week: Paul Mason, the left-wing futurist with 600,000 Twitter followers.

Coming up: John O’Connell, chief executive of the Taxpayers Alliance.

If there is any political figure you would like me to interview, please leave suggestions below or email Alastair.mclellan@wilmingtonhealthcare.com