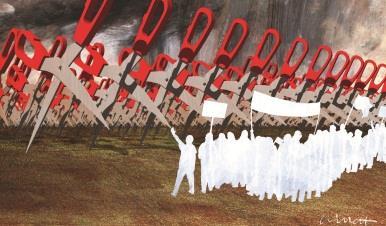 Today’s veto of the 2015-16 NHS tariff by 75 per cent of NHS providers, measured by activity, is very significant.

It is NHS hospital, ambulance, community and mental health leaders saying they can no longer guarantee to provide sustainable and safe care, and meet their constitutional performance targets from 1 April unless immediate changes are made to the way they are paid for their services.

‘Being forced to run a deficit is becoming normal practice’

The 2015-16 tariff proposed a fifth successive year of 4 per cent cuts to what NHS providers are paid, combined with demands for an unachievable level of efficiency savings.

A fifth year of hospitals receiving only 50 per cent of the cost of recent demand increases in accident and emergency.

And a fifth year of ambulance, community and mental health trusts not being properly funded for the emergency patients they treat.

It also proposed that providers directly commissioned by NHS England for specialised care would only be paid half the cost of any additional activity in 2015-16.

NHS Providers estimates that, taken together, this cuts £1.7bn from what trusts should be paid in 2015-16 – despite an expected 4 per cent increase in demand and cost for the fifth year in a row.

‘It’s not just about the money. You get what you pay for’

Eighty per cent of England’s hospitals are now in deficit, and most are running their accident and emergency departments at a substantial loss.

Financial deficits are rapidly spreading to mental health, ambulance and community trusts. Being forced to run a deficit is becoming normal practice.

And it’s not just about the money. You get what you pay for.

As the King’s Fund said last week: “Services are stretched to the limit. With financial problems endemic and staff morale a significant cause for concern, the situation is now critical.”

Talking to our members, vetoing the tariff is not a decision they have taken lightly. Triggering the objection mechanism has serious repercussions, creating uncertainty over the contracting round and plans for 2015-16.

‘With financial problems endemic and staff morale a significant cause for concern, the situation is critical’

But after five years of unprecedented price cuts and with NHS providers helping to deliver an extraordinary £20bn of savings over this parliament, objecting to the tariff for many represents a last resort.

There is a widespread sense that politicians and many NHS system leaders simply do not understand the impossibility of the task providers are now being asked to deliver and vetoing the tariff is one of the very few ways trust leaders can raise their rapidly growing concerns.

So, what next? We believe five immediate changes are needed.

First, NHS system leaders need to clearly commit to the principle that NHS providers are fully paid for the care they provide.

NHS providers should be asked for a deliverable level of efficiency savings in 2015-16, not an impossible 3.8 per cent tariff efficiency factor which, for many, translates to a savings target of between 6 and 10 per cent due to the impact of other measures included in the tariff.

Second, all acute emergency work should be paid for at 100 per cent of tariff cost, not the current 30 per cent or proposed 50 per cent with appropriate investment across the rest of the urgent and emergency care pathway.

And the proposed 50 per cent marginal rate for specialised care should be scrapped, with providers and commissioners quickly working together to agree an alternative way to control the specialised commissioning budget.

Third, financial risk must be equally shared between commissioners and providers, so that local health and social care economies work together to address the underlying demand growth and efficiency challenges.

The 2015-16 tariff should explicitly be set to have equally sized deficits on both the commissioner and provider sides.

Fourth, we need an intense new focus on managing the risks to mental health, ambulance and community trusts who have to operate on block contracts, as they are particularly vulnerable to large demand increases.

We also need guarantees that full funding will be made available before 1 April 2015 to ensure delivery of the new mental health targets being introduced in 2015-16.

Fifth, we have to stop penalising providers for failing to meet impossible financial or performance targets. We need a new approach that supports providers, rather than the current regulatory regime that fines them for failing to deliver targets they are not realistically capable of delivering.

NHS England and Monitor need to rapidly and transparently work with the sector to find a sustainable new tariff for 2015-16.

We then need to learn from this experience to reset the way in which the national tariff is decided for 2016-17, so that we avoid a veto next year.

A month ago Circle announced it was handing back Hinchingbrooke Hospital to the NHS because it was impossible to run sustainably. NHS providers don’t have that luxury.

The tariff veto is a similar statement that it is now impossible for all but the very strongest NHS providers to cope with rising demand, meet performance targets and achieve financial balance.

We need NHS system leaders to hear this veto and we need immediate changes.