There is still hope for trusts seeking to merge

The Competition Commission’s stance on foundation trust mergers may seem unyielding, but there is still promise for NHS organisations wanting to merge, says Ben Collins 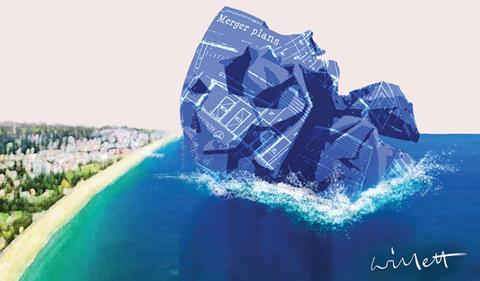 After 10 months of agony, the Competition Commission finally put an end to Bournemouth and Poole’s merger plans. The tone of the commission’s final report is uncompromising, rebuking the foundation trusts for failing to provide a detailed rationale for the merger and rejecting any suggestion that it might deliver benefits for patients.

But did the regulator make a fair assessment of the case? And where does this leave other foundation trusts contemplating the mergers obstacle course?

In its preliminary findings in July, the Competition Commission reached the entirely justifiable conclusion that the merger would reduce competition in elective care. With the New Forest to the north and the Channel to the south, the merger would have created a local monopoly. However, the commission could still have allowed the transaction to proceed if it believed it would deliver substantial countervailing benefits for patients, sufficient to outweigh the detriment to competition.

In this final instalment, the commission comprehensively dismisses the FTs’ arguments that the merger would improve services. In accident and emergency, consolidating emergency surgery on one site would have both advantages and disadvantages that had not been properly assessed.

In maternity, the planned new unit would not, apparently, be operational within a reasonable period. In cardiology, the parties might be able to establish a single rota without merging. In haematology, it was unclear whether the parties would actually proceed with the reconfiguration if the merger took place.

Managers in all industries exaggerate the benefits of mergers, both to their shareholders and the regulators. But some will question whether the Competition Commission was even handed on all of these points. For example, is it equipped to challenge the clinical consensus in favour of consolidating emergency surgery, even if some residents it interviewed opposed the reconfiguration? Was it fair to disregard the benefits of a new maternity unit because it wouldn’t be up and running until 2018?

Under competition legislation, the authorities are required to make a balanced assessment of the costs and benefits of mergers. Contrary to popular belief, there is no presumption in favour of competition to the exclusion of other considerations. However, there is a nagging suspicion that the authorities may be unwilling or ill equipped to give the benefits of mergers a fair hearing in practice.

In this case, a cynic might accuse the Competition Commission of sleight of hand. How convenient that it could dismiss all of the parties’ arguments in favour of the merger on technicalities, such as the absence of sufficiently detailed implementation plans. If it had accepted any of the benefits, the commission would have needed to weigh them against the loss of choice in elective care. A difficult task, and we are still no wiser as to how it would go about this.

‘Despite the frustrations, we should recognise that the general mergers regime has some significant strengths’

We might speculate, mischievously, about how the commission would have assessed Lord Weir’s plan to merge our patchwork of local electricity networks into a single national grid from the 1920s to the 1930s. Would it question whether the new grid would be operational within a reasonable period? Would it point out that some details of the plan were far from fully developed? Perhaps it would argue that the benefits could be delivered without the need for mergers.

So where does this leave other FTs and NHS trusts with merger ambitions? Some will hope that the widespread dissatisfaction with the Bournemouth and Poole process will lead to fundamental changes to the rules. The regulators are clearly feeling some heat, as evidenced by their joint statement, published alongside the Bournemouth and Poole ruling, committing to minimise the risk of lengthy reviews and to ensure that patients’ interests lie at the heart of the process.

One option might be for ministers to claw back the final decisions on NHS mergers under the public interest provisions in the Enterprise Act, just as they have done in media and banking.

However, it is unclear how any public interest test for healthcare mergers might be framed. In the media sector, the test relates to protecting media plurality. In banking, it relates to protecting the stability of the banking system. In healthcare, we just want to assess the benefits of the merger against the cost to competition, something already required within the existing framework.

An alternative option would be to remove NHS hospitals from the general mergers regime entirely. However, there is surely little appetite to do so at such an early stage, just 18 months after the government brought foundation trusts within the regime through the Health Act.

So my hunch is that the current system will stay in place for now. Despite the frustrations, we should recognise that the general mergers regime has some significant strengths. How many other major decisions in the NHS are approached with comparable rigour and freedom from political influence? It is worth giving Monitor, the Office of Fair Trading and the Competition Commission more time to make the system work for healthcare.

In the meantime, there is still hope for FTs and NHS trusts contemplating mergers. If your patients have access to three or more alternative hospitals within a reasonable distance, it may be possible to gain rapid clearance on the basis that the merger does not raise competition concerns. Chief executives will need to mobilise their organisations to meet a high analytical standard at the OFT stage.

If the case raises competition concerns, it will be essential to gain Monitor’s unambiguous support. The competition authorities cannot easily ignore a sector regulator’s expert advice.