What went wrong in the demise of Choose and Book?

As one healthcare IT system is replaced by yet another, it is time to question what is at the root of these failures and tackle the user experience, says Deborah Swinglehurst, Trisha Greenhalgh and Rob Stones 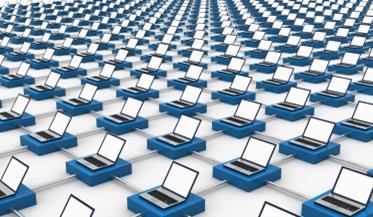 A report in The Guardian announced “the NHS is quietly ditching an electronic booking system for outpatient appointments, Choose and Book, which has cost £356m since 2004”.

At its inception, Choose and Book was intended to replace traditional paper referrals with an integrated electronic system, as well as provide the opportunity for patients to choose their outpatient provider, assisted by performance metrics published on the NHS Choices website and a patient friendly booklet entitled Choosing Your Hospital.

It was envisaged that appointments would be booked in the GP consultation, thereby increasing convenience for all parties, while also encouraging a more standardised approach to referrals. Proposed benefits included reducing “did not attend” rates, lessening bureaucracy and ensuring fewer referral based queries to primary care staff.

Policymakers were confident that Choose and Book would deliver substantial cost savings for the NHS in the long term. But like so many IT projects in healthcare, the short but turbulent life of Choose and Book has been characterised by lack of “take up” among GPs, and a frustrating failure to deliver against the policy objectives identified at the outset. So what went wrong?

The failure rate of large scale IT projects in healthcare is high, particularly so when they are part of large, top-down change programmes. Policymakers tend to frame this as an issue of stubborn clinician resistance and typically respond to it by either imposing sanctions on clinicians for non-use or through pay for performance schemes – the stick and carrot approach – often accompanied by a call for more training.

Much of the health informatics literature is informed by similarly behaviourist notions of what motivates action among clinicians, the focus being on securing their compliance, rather than necessarily questioning the ends that are at stake.

Our team undertook a case study of Choose and Book between 2007 and 2013. We studied it from a sociological perspective, conducting detailed ethnographic fieldwork in four GP practices. Our dataset comprised background documents, field notes, naturalistic interviews and observation of clinical consultations and administrative practices relating to outpatient referral.

We considered the Choose and Book as an example of what sociologist Anthony Giddens describes as an “expert system”, that is, “a system of technical accomplishments or professional expertise that organise(s) large areas of the material and social environments in which we live today”.

Expert systems are driven by abstract rules and procedures, often inscribed in technologies, designed to coordinate social relations across time and space. As long as people use the technology as intended, an expert system can achieve a range of predefined, uniform, standardised goals, thus eliminating “undesirable” variation in practice that arises from distinct actions and interactions of people, relationships and contexts.

Inscribed in Choose and Book software is the assumption that the sick patient is a rational chooser, able and willing to weigh up options if provided with information, quality statistics and decision support.

We brought this concept to the study of the use – and non-use, partial use and abandonment – of Choose and Book. Rather than focusing on ‘barriers’ and ‘facilitators’, which is a common approach in medical research (the means), we focused instead on the ends towards which referral processes were directed.

Our guiding question was: “What is excellence in clinical practice and how does this play out in referral practices?”

This question brought to the foreground clinicians’ and administrators’ professional and moral identities – their commitments, desires and values – and exposed a range of tensions between these deeply held normative principles on the one hand and the demands made on them by the impersonal, remote, expert system of Choose and Book on the other.

Putting aside the detailed economic analysis, we identified four foci of intelligible resistance to the technology by healthcare staff.

First, they resisted the policy of choice built into the technology, tending to present this to patients as a demand of the system that was at odds with their judgement of what would be most beneficial to patients or most likely to improve service quality.

Second, they resisted the material constraints imposed by Choose and Book, which was cumbersome, slow, prone to freezing or crashing and importantly, often failed to offer suitable appointments at the preferred (local) hospital.

‘Resistance to technology is much more complex than simple technical failure or some ill defined combination of inertia, anxiety and Luddism’

Even highly experienced users of Choose and Book spent large amounts of time trying to resolve glitches, seeking helpdesk support or finding workarounds to get the job done. An elaborate human infrastructure was necessary to support the so called automated system, and large amounts of printed paper were generated in the process.

Third, healthcare staff resisted the tendency of the technology to interfere with their local, contextualised, practical judgements based on knowing particular patients, services and clinicians.

These judgements were often based on years of experience and not amenable to Choose and Book metrics. This is typical of expert systems, which tend to empty out the content of local interactions because the technical knowledge they contain is assumed to have validity independent of any particular interaction, and to have the authority to override situational contingencies.

Finally, healthcare staff resisted the altered social roles and relationships incurred by using the system. GPs were not happy to be recast as technicians, tasked with explaining performance metrics they thought had dubious value to their patients. As one GP put it: “We seem to be moving away from curing, caring and comforting to robotic automata.”

We understand that C&B is soon to be replaced by a technically superior e-referrals scheme. The overarching message that emerges from our work is that resistance to technology is much more complex than simple technical failure or some ill defined combination of inertia, anxiety and Luddism on behalf of clinicians.

We urge policymakers to adopt an approach to information technology strategy that seeks to ensure professionals can be supported in the details of their work, that their professional values can be upheld – and not overridden – and that the ends to which they aspire - high quality ethical practice - can be privileged over and above the means: efficiency of processes.

In particular, we suggest it is important to consider how any proposed technology configures the user, how it supports or compromises local, contextualised decision making and how it shapes the working practices and professional-patient relationships on which high quality care depends.