The criteria most commonly failed by CCGs in wave two of authorisation give an indication of where their strengths and weaknesses lie, says Dawn Brathwaite 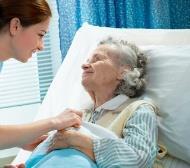 In the second wave of authorisation, the NHS Commissioning Board authorised a further 67 clinical commissioning groups, bringing the total to just over 100. This follows the 34 CCGs authorised in December in the first wave.

Some interesting observations can be drawn from the authorisation outcomes document for wave two. More than half of the latest CCGs have been authorised with conditions, meaning they will continue to receive some formal support to help them meet the criteria within the six authorisation domains:

Nineteen CCGs were authorised without any conditions, meaning they fully met all 119 authorisation criteria. Forty-five were authorised with between one and 22 conditions requiring minor levels of support varying from level one − a “model document or toolkit” to level three “decision sign off or approval by the NHS Commissioning Board”. Seventeen were told that some of their decisions would have to be signed off by board.

Three CCGs − Nene, Herts Valleys and Medway − have been authorised with conditions requiring the more intensive level four support, which includes the assistance of a team or individual to help a CCG. This support will be provided by the commissioning board or neighbouring CCGs and will be underpinned by legal directions. NHS Herts Valleys has been hit with 21 level-four conditions, NHS Nene with six and NHS Medway with two.

Criteria missed by Herts Valleys CCG, resulting in level-four conditions, include the requirement to have “governance, decision making and planning arrangements where quality is a priority and clinical views are foremost”, the failure to demonstrate that “member practices receive timely information to inform their involvement in CCG planning and monitoring of those plans”, and “clear governance structures and programme management capacity and capabilities in place to support the delivery of QIPP”.

For Nene, level-four conditions were imposed because it did not have “arrangements in place to manage all contracts that will be transferred from PCTs on or by 31 March 2013 or new contracts from 1 April 2013”. NHS Medway faces level four conditions over its financial plans.

Criteria most commonly failed by CCGs in wave two give an indication of where their strengths and weaknesses lie. If we look at the 119 authorisation criteria CCGs must satisfy, there were a few which CCGs failed to meet far more frequently than any others:

CCGs subject to conditions will receive a rectification plan from the commissioning board to help them discharge their conditions. Conditions imposed on the first and second wave CCGs will be reviewed in March and quarterly thereafter. However, the board’s managing director of commissioning development, Dame Barbara Hakin, said it was likely that most of the low-level conditions would be removed prior to CCGs taking over from PCTs in April.

For those CCGs authorised with conditions, the board’s authorisation decision letter outlines the conditions and support CCGs require and the limited functions that would apply during the period between authorisation and April.

Subject to having been authorised in waves one or two and for there being no relevant conditions in their authorisation decision letter and no directions imposed by the board, CCGs can now enter into contracts to commission secondary medical services (broadly speaking, acute hospital, mental health and community services) from 1 April.

This means that where a CCG has been authorised, it can enter into the 2013-14 NHS standard contracts with secondary care providers, which will cover services provided to NHS patients in the contract year 2013-14 and beyond. Generally, authorisation empowers a group to do anything that will help it to be ready to start work when it assumes full statutory responsibility.

Even where a CCG has been directed by the commissioning board not to exercise a function, it can exercise its general power “to do anything which is calculated to facilitate, or is conducive or incidental to, the discharge of any function” (section 2 of the NHS Act 2006) to take action for the purpose of preparing itself to exercise that function.

For those CCGs authorised with conditions they have the challenge of satisfying the board by the end of March that they have met all conditions. Some would question whether this task is achievable within such a short time. Will these CCGs be ready to take control of local budgets from April? While they have made huge progress in preparing for their new powers and responsibilities, there appears to be an absence of a clear plan for how they will use these powers once authorised.

One of the consequences of not meeting the conditions is that come April some CCGs may find they have the necessary resources to perform the functions but do not have the requisite statutory authority to do so.

Equally some CCGs may find they are paying the commissioning board or neighbouring groups to perform certain functions as a result of the unmet authorisation conditions. This would represent a financial burden on the CCG. Added to this dynamic is the CCGs’ other challenge of delivering improved services for patients at a time of financial retrenchment.

It will be interesting to see the results of the third and fourth waves of authorisation and whether the NHS Commissioning Board finds it necessary to use the more punitive measures available to it.

Of the 62 CCGs in the third wave, six have been authorised with no conditions, meaning that they fully met all 119 authorisation criteria, including Central Manchester; Erewash; Newark and Sherwood; North Derbyshire; North Tyneside; and Southern Derbyshire.

Unlike with the first and second waves, five CCGs have been authorised with conditions requiring more intensive levels of support. These are based in Eastbourne; Hailsham and Seaford; Newham, Herefordshire; Scarborough and Ryedale; and Vale of York. The support will be provided by NHS CB and will be underpinned by legal directions.

The remaining 56 CCGs have been authorised with conditions meaning that they have not met all the authorisation criteria, giving rise to further scrutiny by the NHS CB.

48 CCGs await authorisation in the final and fourth wave due to be announced by the NHS CB on 7 March 2013; we await the result of these with interest.