More about how we can help

Penalty clauses and the rule of law in NHS acute services

Are the financial adjustments for performance in relation to C difficile legal? 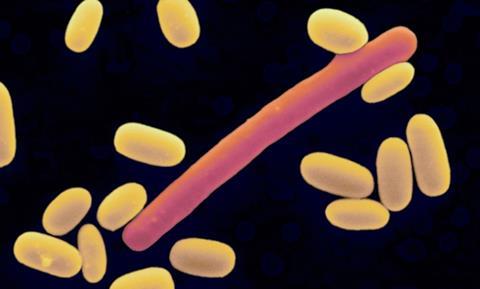 When I was a baby lawyer, 30 years ago now, I learned about the rule of law. In its most basic form, this is the principle that no one person or body is above the law.

The most important application of this rule is that governments may only legitimately exercise their authority in accordance with written, publicly disclosed laws that have been adopted and are enforced in accordance with due process. This principle is a crucial safeguard against arbitrary government, in whatever form that may take.

There is a good argument that Clause 44 is unenforceable

Way back then, I also began to study contract law and learned about the concept of “liquidated damages”. This legal term refers to a fixed sum that contracting parties agree will be paid in the event of a breach. The intention is to introduce some certainty where there is a breach, but they are only valid and enforceable at law where the fixed sum is a reasonable estimate of the probable loss that will be suffered by the “innocent” party to the contract.

If the purpose of the fixed sum is to deter the party liable to pay it from breaching the contract, it will be an invalid “penalty clause” and the courts will not enforce it. In those cases the normal rules for assessing damages will apply and the courts will award a sum that will put the innocent party in the position it would have enjoyed had the breach not occurred and the contract had been performed in accordance with its terms.

In commercial contracts, liquidated damages clauses are common, both in individually negotiated contracts and in standard business terms and conditions, particularly for late performance. They are less common for defective performance.

Using a liquidated damages clause can have commercial advantages for both parties, for example by making it easier to recover damages and by doing away with the need to prove actual loss or show that the losses suffered were as a result of the breach and not something else entirely.

Where there is an enforceable liquidated damages clause, all that is necessary is to prove that there was a breach falling within the scope of the clause and there is no need to prove the actual loss or the extent of that loss.

So when might a liquidated damages clause not be enforceable because it is a penalty?  The essential point is that the fixed sum must be compensatory, not deterrent. Therefore it must be a genuine pre-estimate of the anticipated loss which the innocent party would be likely to suffer if the other party were in breach of contract. This does not mean the loss has to be capable of being calculated precisely - a “best guess” process can be agreed that sets out a calculation to be used. Provided that the calculation does not result in a fixed sum that is way over the greatest loss which might be suffered, the clause is likely to be enforceable.

In determining whether a clause is a penalty or not, the courts will look at all the facts known to the parties when they entered into the contract. Sometimes, where the contracting parties are of equal bargaining power, the courts have recognised that other commercial considerations can mean that the liquidated damages provision is compensatory and not deterrent. The court is not concerned with whether the provision is called a “penalty” or “liquidated damages” in the contract itself.

“What has all this got to do with the NHS Standard Contract?” I hear you ask. Well, take a look at clause 44 of Section E “Financial Adjustments for Performance in reducing Clostridium difficile” (2012/13). The provision gives the commissioner the right, nay the obligation (denoted by the use of the imperative “shall”) to make financial deductions from the payments due to the provider under the contract if the provider has exceeded the baseline threshold specified by the commissioner. Section B Part 8.5 of the contract sets out the financial adjustments to be made, based on the percentages by which the provider exceeds the baseline threshold.

Are these provisions an enforceable liquidated damages clause or an illegal penalty clause? Let’s apply first principles – ie are they compensatory or designed to operate as a deterrent? There is nothing in the contract or the accompanying guidance which explains how the percentage deductions have been calculated and how they represent a genuine pre-estimate of the losses that the commissioner would suffer if the breach occurred, ie if the baseline threshold is exceeded.  Where is the evidence that such a breach by the provider would actually result in the commissioner suffering any losses at all?

In my view there is a good argument that Clause 44 is an unenforceable penalty clause intended to deter the provider from breaching the contract rather than a liquidated damages clause intended to compensate the commissioner. This view is reinforced by the fact that Clause 44 is mandatory and the provider has no option but to accept it, together with the baseline threshold set by the commissioner.

The Department of Health’s aim may be to reduce cases of C difficile and no-one would dispute that as a laudable aim. But what about the rule of law? A penalty clause in any other commercial contract would be at risk of being held to be unenforceable by the courts.

It astonishes me that so far as I am aware since these provisions were introduced into the NHS Standard Contracts no provider, particularly no NHS foundation trust, penalised by the application of this provision, has challenged its legality. Have commissioners been complying with their obligations to apply the financial adjustments or have they too recognised the doubtful legality of the clause?  Have they set the baseline thresholds at levels which will avoid the possibility of having to apply any financial adjustment?  It may be that this is indeed what is happening out there in ‘NHS contract performance management’ land and if that is so, how is this helping to reduce cases of C difficile?

To my mind, it is high time the Department of Health recognised formally that, as legally binding contracts become the norm in commissioning NHS funded services, these kinds of provisions can have no place. The rule of law, ie one rule for everyone, must take precedence and some other legally enforceable method will have to be found to encourage the reduction in cases of C difficile.  Perhaps they could try a genuine liquidated damages clause designed to make the provider bear the real cost of high levels of C difficile rather than a deterrent penalty clause.

More about how we can help