A different path for dementia care

With a quarter of all hospital beds occupied by people with dementia, the NHS needs to improve how it provides care for those with the condition, says George McNamara. 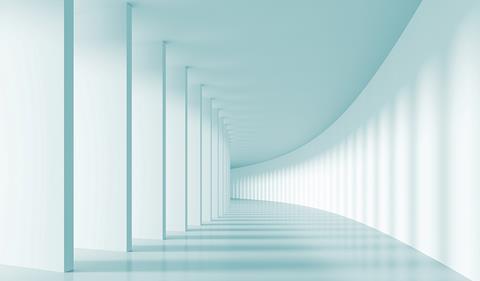 As we face up to the national challenge of improving the situation for people living with dementia, the spotlight is about to fall on a condition that afflicts over 800,000 people in the UK. The Department of Health is set to host the first G8 dementia research summit in December and UK funding for dementia research will increase to about £66 million by 2015.

‘People with dementia are in many cases being unnecessarily admitted to hospital, staying too long and ultimately dying there’

But despite the issue’s growing profile, an audit by the Royal College of Psychiatrists this year gave a worrying insight into the poor quality of care people with dementia still experience in hospitals. And with a quarter of all hospital beds occupied by people with dementia, the NHS should be leading the way in caring for those with the condition.

Commissioned by the Healthcare Quality Improvement Partnership and carried out by the Royal College of Psychiatrists, the audit surveyed 98 per cent of eligible hospitals across England and Wales.

The report laid bare the stark reality of how hospitals are treating people with dementia. Although it documented some improvements since the first audit in 2011, several areas showed little progress and huge discrepancies were found between written policies and actual practice.

People with dementia are in many cases being unnecessarily admitted to hospital, staying too long and ultimately dying there.

Many elderly patients with dementia develop acute confusion during a stay in hospital. The audit reported that less than half of the 7,987 patient sample had been assessed for delirium, while only half had received an assessment of their mental state.

It highlighted issues around management overseeing care that is delivered, revealing that less than half of hospital executive boards are routinely involved in reviewing hospital performance data on the quality of care received by people with dementia.

Problems with the quality of information and communication were also an issue. The audit showed patients’ case notes often did not include information that could aid communication with them. Information important to future care was not routinely summarised at the point when people with the condition were discharged from hospital.

On a positive note, the report did show just over three quarters of hospitals now have dementia champions in place at ward level, which are there to oversee care on wards and ensure people with dementia are well looked after. It was also encouraging to see a reported 10 per cent drop in the overall number of prescriptions for antipsychotic drugs, with patients more likely to receive an assessment of their nutrition. But more action is required.

To make sure hospitals are dementia friendly, it is crucial that all staff are aware of the condition and know how to support people with it. The report found 41 per cent of hospitals were still not offering dementia awareness training to support staff. A tenth of hospitals did not provide this training to nurses in their first 12 months.

As well as training, the report highlighted other key areas for improvement. Only 36 per cent of hospitals currently have care pathways in place for people with dementia and less than half of patients in the audit had been given key health assessments such as for delirium (38 per cent) or mental state (50 per cent).

When a person with dementia is admitted into hospital, it is vital that their needs are assessed and that doctors and healthcare professionals responsible for their care consider how their condition might affect their time in hospital. We know from research studies that delirium is closely linked to dementia.

Not only is it a behavioural and psychological symptom of dementia, it can also pre-empt the condition and hospitalisation is thought to be a cause of delirium. It is vital that healthcare professionals recognise the potential long term impact of delirium and are aware that older people who experience episodes could be susceptible to developing dementia.

There is also a problem around the way in which hospitals communicate with care homes, and a lack of understanding about how to alter care plans to meet the complex needs of people with dementia.

According to a report by the Care Quality Commission, in over half of primary care trusts (78 out of 151) , people with dementia in care homes were admitted to hospital for an avoidable reason − significantly more than those without it. In almost all hospital trusts (96 per cent), people with dementia stayed significantly longer than those without the condition after being admitted in an emergency. In 76 per cent of trusts, they stayed significantly longer when admitted for any reason.

Recommendations from the report included advocating the employment of more dignity leads, dementia champions and dementia specialist nurses in all hospitals.

The use of personal information documents to enhance the care provided to people with dementia was recommended, such as This is Me published by the Alzheimer’s Society. It can help ensure staff are aware of each patient’s individual needs and preferences.

Hospital chief executives should be ensuring routine audit of in-hospital antipsychotic prescribing is carried out, allowing for comparison of practice between wards and departments. The director of nursing in each hospital should regularly review protected meal times in the hospital, to ensure people with dementia are being supported at meal times and gaining the nutrition they need.

Finally, commissioners should ensure liaison psychiatry services are in place to provide adequate access over 24 hours for treatment and referral of people with dementia in hospital.

‘While diagnosis rates are increasing, some GPs are still reluctant to diagnose dementia’

Not only do hospital staff need to be aware of dementia and trained in how to support people with the condition, all healthcare professionals need to gear up to deal with dementia.

Earlier this year, changes were proposed by NHS England that encouraged GPs to take a more proactive approach to finding people in their areas with dementia. They were invited to provide a directed enhanced service for dementia, which meant taking the time to identify patients at high risk.

Latest figures about the uptake of the different directed enhanced services show that the dementia service is the most popular of the new services GPs can provide, with over 59 per cent now signed up to taking a more proactive approach to diagnosing people living with dementia.

To encourage doctors to have the confidence to diagnose the condition, the Alzheimer’s Society launched a new dementia guide, a booklet providing information people need after a diagnosis of dementia. The guide, which has been partly funded by the Department of Health, has been developed to give GPs and psychiatrists the opportunity to provide people with dementia and carers with know-how and guidance at the point of diagnosis.

The guide was published a year on from the from the all party parliamentary group on dementia’s Unlocking diagnosis report, which found many people said “nothing” happened after a diagnosis, showing that more immediate support and information was needed. While diagnosis rates are increasing, some GPs are still reluctant to diagnose the disease.

‘Health and social care must become more integrated, providing people with dementia with a seamless package of care’

In this time of change for the NHS and the healthcare environment, it is vital that management and senior staff get on board with the national challenge on dementia. While government calls for improvements in diagnosis rates of dementia and improved services and support once people have been diagnosed, decision makers need to lead change across the NHS, especially those working on the frontline.

Health and social care must become more integrated, providing people with a seamless package of care. The first step is ensuring adequate systems and processes are in place; the second is shifting attitudes.

It is so important for all professionals working within the health and social care sector to be dementia friendly if people with dementia are to get excellent care and support. With over 1 million people set to develop dementia by 2021, now is the time for decision makers to shape the way our health service copes with this condition.