Closing the gap between the theory and real change

To build a sustainable NHS we can no longer ignore the gaps separating the theory of change and improvement and its real implementation, says Mark Hayes 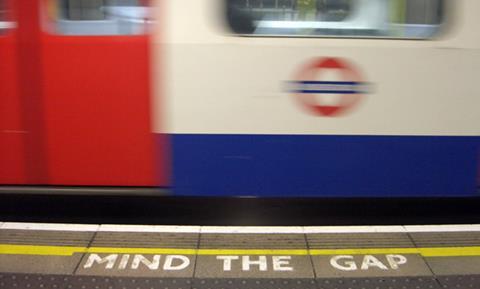 "Gaps surround me in every direction; some are large and some quite small, some come from outside the organisation, some from within and others are expressions of the human condition"

During the past year I have been getting used to catching the 6.30am train for my commute from York to London, and to hearing the announcers on the Underground reminding me to “mind the gap”.

Now, of course, I know the gap they want me to “mind” but it strikes me that my new job as chief clinical officer in the Vale of York Clinical Commissioning Group requires me to be mindful of a great number of gaps.

Gaps surround me in every direction: some are large and some quite small; some come from outside the organisation, some from within; and others are expressions of the human condition.

Looking to external factors, we can see the gap between the funding we should receive according to the allocation formula and the funds that we actually receive. For North Yorkshire this is 2.7 per cent, or £29m.

We can also see a gap between the expectations from our population on what we should be able to provide for them and the amount that we can actually purchase from our funds.

There is also a gap between the words coming from our leaders about leadership styles needing to be more coaching or participative and their actions that continue to be command and control.

But the gap I want to focus on is the one between the theory of change and improvement and the implementation of those changes.

In the past year I have read books, attended lectures, visited Jonkoping, a centre of healthcare excellence in Sweden, and become a GenerationQ fellow. My head is full of the theory of change management, improvement, six sigma, lean and the theory of constraints but I am no nearer to finding the secret to implementation.

‘The more I learn the simpler it all becomes. In theory, it is common sense, and therein lies the problem’

The more I learn the simpler it all becomes. In theory, it is common sense, and therein lies the problem. It is all about people, motivating people, communicating with them, empowering them and trusting them.

American professor William Edwards Deming led the charge to quality way back in the 1940s. He was ignored by his compatriots but the Japanese took his theories and applied them relentlessly. His work fed into the Toyota production system, which has been copied throughout the world. However, because the basis of the Toyota system is continuous improvement, it is very hard for those copying to catch up.

The need for change

There is a growing band of improvement enthusiasts in this country and across the world and no shortage of inspirational speakers who can describe the need for change in the most articulate of ways. One only needs to type “Don Berwick” into a search engine to find any number of fantastic videos and texts relating to improvement.

But we are still left with a major “gap” between these pioneers and real “share and spread” across the whole system. We must somehow create a new normal; a way of working that becomes the grain in the wood.

But how can we do this? We need action at every level of the system. We need our leaders to walk the talk because the current gap between their words and actions is not only unhelpful, it is actively damaging. We need leaders who trust their staff, who believe in their desire to improve and who understand that it is the constraints of the system that limit performance – not the attitudes of the staff.

‘We need our leaders to walk the talk because the current gap between their words and actions is not only unhelpful, it is actively damaging’

We need to involve and educate our staff in the ways of improvement, and that means everyone from bank staff to consultants. We must convince them that standardisation and innovation are two sides of the same coin. We must standardise on current best practice then we must innovate, improve and set the new standard across the whole system.

Success is hard to do

This is all simple, common sense stuff but the NHS is not alone in finding it hard to do. The success of those organisations such as Unipart, Toyota, Southwest Airlines and Jonkoping is that they understand people; they have done the work on the psychology of motivation.

The NHS has a headstart because the employees are self-selecting in terms of culture and values. But we must build on this foundation and create systems that target their intrinsic motivation rather than looking to “incentive” schemes that either fail to incentivise or, worse, result in perverse behaviours.

If we are going to create a sustainable healthcare system that can meet the challenge of increased demand from a static or reducing budget, then we must find ways to close some of these gaps. Minding the gap will not be enough.