Commissioning through the pathway 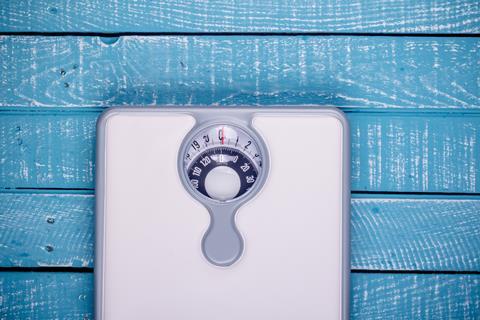 A national drive is needed to make commissioning for weight loss more joined up and to improve access.

Annette Donegani, senior service improvement support manager (long-term conditions) with Salford Clinical Commissioning Group, said that one of the issues was that commissioners did not commission across all the tiers (see box in article 1). This meant there was no real link to what was happening in primary care, and also supporting people after they had undergone metabolic surgery. “It’s not linked in. We as commissioners only commission the tier three and four service, and different commissioners may have different access criteria for these as well,” she said. “And there is a monetary element to this as well – opening up access more widely – because obviously there will be a significant investment needed from commissioners to increase the numbers that are currently going through tier three, and that can access surgery.”

In Salford, which is a deprived area, they know as commissioners that they don’t even begin to “scratch the surface”, she added. “Those are concerns for us. And along with that, there doesn’t seem to be the political and national drive to help us to take this forward. There are lots of things that need to be joined up that aren’t joined up at the moment. It’s a mish-mash and for patients it must be extremely frustrating.”

While the GPs on the panel expressed concern that they had little to offer patients in primary care in terms of viable pharmacotherapies or access to specialist interventions, Lisa Rickers, bariatric specialist nurse, Imperial College Healthcare Trust, worried that patients weren’t getting enough support when referred for surgery. Even when they have been assessed as likely to benefit, they might wait another two years for the procedure. Patients also tell her that they don’t feel they get enough support after surgery, she added. “How do we make the pathway sustainable? I think this needs careful consideration, because at the minute, I don’t think that we are, and what I do every day isn’t sustainable. It’s about thinking more creatively about how we can do things.”

There doesn’t seem to be the political and national drive to help us to take this forward. There are lots of things that need to be joined up that aren’t joined up at the moment

Matt Capehorn, a GP and head of Rotherham Institute for Obesity, said it was important to get all parts of the system working better together, including different players in industry. That would include bringing organisations and clinicians together to decide what they wanted, and to argue for it with one voice. “That could be arguing that obesity is a disease, and getting rid of the stigma around it. It could be that we need more emphasis on the tier three and four end of the pathway and less on prevention – not instead of prevention, but as well as, but a bigger chunk. Because we can prevent obesity by treating the overweight, we can prevent severe and complex obesity by treating obesity, for example.”

Barbara McGowan said she was optimistic that pharmacotherapies were coming on stream, but said the problem was that they couldn’t yet prescribe them on the NHS.

Shane Gordon said that more work needed to be done to make the business case for effective treatment for obesity, to show that there were cost benefits for treating it early.

Ms Donegani said that as a commissioner she wanted to see cost-benefit analysis, including the cost of continuing as they were doing rather than making changes. But she warned that it was very difficult to get investment for something that didn’t show benefit within 12 months because of the way that commissioning systems are structured.

“The issue is how do we change it, not just for one locality, but for the whole country? The issue is that the way it’s structured at the moment, from a commissioning point of view, is completely disjointed. Right the way from the GP door up to the surgery, nothing seems to be linked. Different people commission different parts, they’ve got different pots of money, they can either commission it or not, they can commission it at different levels. It’s massive when you break it down and look at it in all its individual component pieces. There’s an awful lot of work here, and it hurts my head sometimes. Everyone knows it’s the right thing to do – the situation for us as a country is getting worse, Covid has highlighted it. The time is ripe now – now is the time when we should have that concerted effort, people should get together, and the whole thing should be put in a bag and shook up to make a difference.”

This is an HSJ report on an advisory board organised and managed by Ethicon. Ethicon had no editorial input into the report.