3
Improving the flow of bariatric/metabolic surgery

Improving the flow of bariatric/metabolic surgery 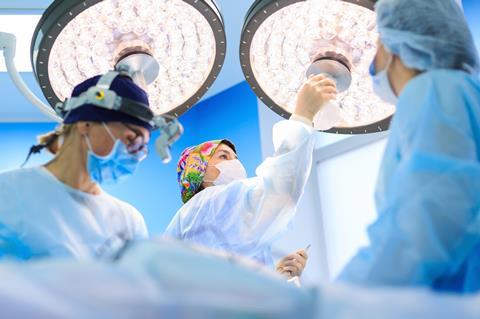 Only a tiny proportion of people who could benefit from metabolic surgery in the UK have access to it – with implications for the health of individuals, the NHS, and the wider economy.

According to the British Obesity and Metabolic Surgery Society, health gains from the procedures include remission of type 2 diabetes in 70 per cent of patients, significant weight loss, reduction in the numbers of heart attacks and strokes, and increased life expectancy.

Currently around 5,000 operations are carried out each year, says BOMSS honorary secretary Vinod Menon, but around two million people could benefit. He believes that number should be increased but recognises there will be challenges. “Even if we get it up to 20,000 in three years and 35,000 in five years, it’s still only reaching a very small proportion – a single digit – of the population that needs it,” Mr Menon said.

Workforce and infrastructure remain barriers. While there are some 42 bariatric units, these also perform other surgeries, so even if these centres scaled up the number of metabolic procedures they performed, the question would remain about what would happen to the other surgeries that would usually be done in those centres. What would that do to waiting lists more generally? “To do 2,000 surgeries per centre requires a lot of will from the top – the chief executive – to make that space,” said Barbara McGowan. “Yes it can be done. But where are you going to get the theatre space to do that? How are you going to chuck out the hips and the orthopaedic group? It’s a lot of capacity that needs to increase quite quickly.”

While it might look as though standalone units solely performing metabolic surgery might be the answer, this brings its own challenges. While some patients could well be suitable for this, others will need access to intensive care, McGowan added. “It doesn’t have to be one or the other. You could have different hubs doing relatively “easier” cases. But I still think it’s going to be a challenge going from 5,000 to 35,000 without significant infrastructure changes and just relying on what we have at the moment.”

Lisa Rickers warned that moving to larger specialist hubs had implications for patient experience, particularly if they had to travel long distances to access surgery. Working in centres performing a large number of surgeries would also have an impact on staff, she added. “It feels very different as a practitioner – it feels very production-line – and in terms of how we follow those patients up. We need to think about the lifetime requirements of those patients and how that is managed.”

Commissioners would want to make sure there wasn’t a detrimental impact on other services, said Annette Donegani. “We’ve got massive waiting lists now – thousands of people waiting more than a year for elective non-urgent surgery. That’s where we are, and we’re going to take years to clear these. Anything that’s going to negatively impact that has to be taken into consideration and I don’t think that would be acceptable to commissioners.”

Scaling the workforce will also be required to reach 35,000 surgeries per year. Although Mr Menon said that surgeons like him who were currently performing one such procedure per week could increase that number, this would only have a limited impact on the overall total – and would also leave the question of who would be performing the non-bariatric operations that these surgeons were no longer doing.

If more operations were carried out, there would also have to be an increase in specialist nursing staff to ensure proper follow-up.

The advisory board agreed that professional education was needed throughout the pathway, as well as raising awareness more widely of the benefits that bariatric/metabolic surgery can bring for patients who are suitable for it.

This is an HSJ report on an advisory board organised and managed by Ethicon. Ethicon had no editorial input into the report.