Competition is all around us – so why fight it?

Competition and integration can co-exist to provide a seamless health service that gives the end user what they need, says Mark Hayes 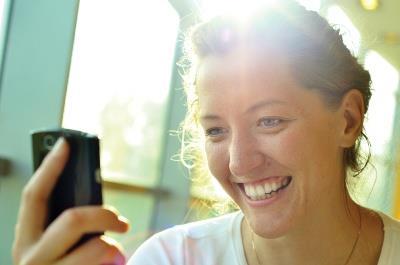 Competition or integration – which will deliver the future NHS we all want? There are vocal groups backing each choice with great vigour, extolling the obvious virtues of their favourite. But is this a simple either/or choice, in which one option is clearly superior? Or is it more like a both/and choice with the two possibilities existing but in a different space and time? Or perhaps the reality is we have a paradox of two diametrically opposed ideas that are present simultaneously with neither able to be resolved or eliminated.

‘The phone is made in China, the signal is provided by a network, the operating system is by Apple and the applications come from thousands of separate organisations, all of whom are in competition. But all of these components work seamlessly to provide the required service’

As the NHS is inherently a political topic, much of the discussion centres on the either/or viewpoint. You either have competition or you have integration, it is not possible to have both. This duality suits the politicians and pressure groups reducing the discussion to simple sound bites and apparent matters of principle. It also fosters the adoption of entrenched and inflexible positions, which in turn lead to conflict, with each side claiming to hold the moral high ground and be the saviours of the NHS.

I wonder how widely this viewpoint is held by NHS staff? Perhaps they are more pragmatic and maybe they see the both/and solution as more real. In this scenario one might see some competition in areas like children’s wheelchairs, and integration between community services and social care. This might better reflect the current situation on the ground and certainly could be described as a more realistic answer.

But what about the paradox? How can this view be applied to the problem? Before we can assess this we need to look at what we mean by the terms “competition” and “integration” and remove the implied labels of good and bad.

Competition is all around us. As I sit writing this I can see the tree sparrows in my garden competing for a perch on the feeder and the blackbirds that seem to spend more time chasing each other off than catching their next meal. And what better advert for competition was there than the recent Paralympic Games, in which individuals overcame huge personal challenges to achieve their maximum potential? If we view competition as a driver for improvement for individuals and organisations, we can probably all agree that it is a “good thing”.

Where we might find a lack of agreement is in situations where competition is used as a means to other ends. Over the years there have been examples of the NHS “market testing” services and awarding them purely on price with inadequate concern for quality. These exercises in procurement have given competition a bad name. But I would suggest that, as in many areas of life, it is not the concept that is at fault – rather the fault lies in poor implementation.

As a GP, I know the members of my “tribe” are pretty competitive in nature. We like to compare ourselves to our neighbours and score higher or do better than them, whether in quality and outcomes framework scores or patient feedback. I think this is healthy and it fits with my clinical commissioning group’s desire to pursue continuous quality improvement.

So what of integration, what is it anyway? There are many and varied descriptions of what is meant by integrated care but I think it can best be described by what it is not. It is not fragmented care.

The presumption of the either/or advocates is that it is not possible for integration and competition to co-exist, but is this true? Let us use Apple’s iPhone (or, indeed, any other smartphones) as an example of how they can co-exist successfully.

My smartphone delivers a fantastic range of services from music to business or gaming applications. It does this through the integration of many separate businesses. The phone signal is provided by a network; the phone is made in China, to a design from Apple in California. The phone’s operating system is by Apple but the applications come from thousands of separate organisations.

Each of these organisations is in competition with the other bodies. But all of these components work seamlessly to provide me with the service I require. I do not need to care whether, or how, the various components are integrated; the system just works.

Now isn’t that something we should be aiming for? The technical term for the interface between different parts of any system is a “handoff” and it is at these handoffs that many of the problems our patients experience will occur. One of the aims of any integrated system is to improve the quality and reliability of handoffs.

So how could we manage this paradox? Prime candidates for integration are primary care, community services and social care but within both primary care and social care there is already competition among providers. I believe it is possible to create a specification for this service that creates a system that is seamless from a user perspective while allowing the separate elements to be provided by several competing organisations.

I do not accept the premise contained in the question; the challenge for commissioners is not to choose either/or but to manage the paradox that competition and integration both have a role to play.