Encourage GPs to take ownership of their CCG

Regardless of their shape or size, building and maintaining strong relationships with GPs is a key challenge for new CCGs, write Holly Holder and Shilpa Ross 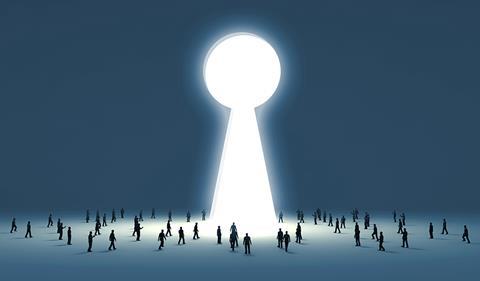 GPs need to feel a sense of ownership of their CCG

GPs need to feel a sense of ownership of their CCG

The diversity in the size and structure of clinical commissioning groups has given rise to wide variations in governance arrangements and how CCG leaders engage with GP members and external stakeholders. This is one of the early findings from a joint study by the King’s Fund and Nuffield Trust, which is following the evolution of CCGs in six case study sites over three years.

With a 13 fold difference in the size of the population covered by the largest and smallest CCGs, it is perhaps not surprising that governance structures vary.

While the size of primary care trusts also varied significantly, these differences in governance are a product of the new system, and have important implications for managing relationships with member practices and external stakeholders.

It is clearly important for GPs to feel a sense of ownership over CCGs if their engagement is to be sustained in the long term. As part of our research, we surveyed practices to understand the views of CCG members about this in our case study sites. Nearly half of those responding said their CCG is owned by its members and felt like “our organisation”. However, responses varied according to the size of the CCG − in our smallest case study site, 56 per cent of GPs agreed with this, while only 39 per cent agreed in the largest CCG.

In part, this reflects differences in the governance structures they have established. Many larger CCGs have adopted locality structures with groups of local practices delegated responsibility by the CCG’s governing body to ensure that services are commissioned to meet local priorities. The benefit of using a locality structure is that it recognises that practices in large CCGs may serve different population groups, allowing practices to come together to respond to specific needs.

However, the challenge for governing bodies is to ensure this additional layer does not distance members from the CCG’s decision making process and that the governing body (not just the locality board) reflects the full range of members’ views.

In the smaller groups we surveyed, the sense of ownership was stronger, partly due to GPs having greater access to the governing body. However, this is not to say that smaller CCGs do not have their own challenges in maintaining member influence and engagement. Many CCGs have entered into partnership agreements with neighbouring groups to coordinate commissioning responsibilities, share risk and strengthen the influence they can exert on providers.

Again, size appears to be a good predictor of these arrangements − among the case study sites, the four smallest have all entered into formal partnerships with neighbouring CCGs, while the two largest had no such agreements in place.

While these partnerships are important for dealing with issues that span CCG boundaries, in particular coordinating service changes across large geographical areas, they can bring their own difficulties.

Our research indicated a risk of GPs feeling that they have limited influence over decisions taken at a partnership level, or that the CCG itself has limited power in the partnership if decisions agreed are perceived by GPs to not be in the interest of their group.

We also found a great deal of variation in the relationship between CCGs and commissioning support units. A larger outsourcing of services to CSUs was used by one of our case studies as a way of avoiding replicating the previous primary care trust structure, leaving the management team “small and agile” and better able to focus on more strategic elements of clinical commissioning. However, they also conceded that they were dependent on the newly formed units’ ability to meet their needs.

Relationships with other local partners also varied. For example, with NHS England local area teams still very much finding their feet when we carried out our research, relationships tended to be stronger where area team staff had existing relationships with CCG colleagues from the days of the PCT.

With local area teams and CCGs heavily focused on establishing themselves as new organisations, there was still significant uncertainty about how they would work together. Half our case study sites reported that late appointments in the area teams had resulted in ambiguity about relationships, roles and responsibilities. Given the critical and overlapping responsibilities of CCGs and area teams to support quality improvement in general practice, it will be essential for them to collaborate effectively in future.

Our research identified several actions that were particularly effective in encouraging GPs to feel ownership of their CCG. For example, it is important to demonstrate early successes to members by bringing about tangible improvements for patients and developing new systems that support local clinicians in their work.

‘If CCGs are to be effective, clinically driven, decision making bodies, buy-in from local GPs is essential’

Among our case study sites, CCGs had developed a number of specific mechanisms for engaging members, including a telephone hotline that gave GPs direct access to members of the governing body; websites or intranets for sharing information, including a notification system for GPs to feedback concerns about commissioned services; and the use of newsletters to promote the activities of the CCG.

If CCGs are to be effective, clinically driven, decision making bodies, buy-in from local GPs is essential. Regardless of their shape or size, building and maintaining a strong relationship with GPs will be a key challenge for governing bodies.

Our research suggests there are a number of steps that CCG leaders can take to harness the support of local GPs and cultivate a sense of collective ownership: