How conflicts of interest in CCGs will be regulated 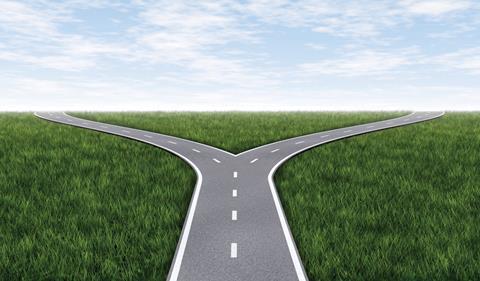 Under the NHS reforms, CCGs now have responsibility for commissioning healthcare services to meet the reasonable needs of the people they are responsible for. Each CCG must have a governing body, which has put in place governance arrangements, including publicly accessible registers to ensure conflicts and potential conflicts of interest are declared, and that conflicts are managed in such a way to ensure that they do not affect the integrity of the CCG’s decision making processes.

Research by the BMJ indicated that 426 (36 per cent) of the 1,179 GPs in executive positions on CCGs have a financial interest in a for-profit provider outside their own general practice.

These interests range from senior directorships in local businesses set up to provide services such as diagnostics, minor surgery, out-of-hours services and pharmacies, as well as shareholdings in large private-sector health companies that provide care in conjunction with local doctors.

The Sunday Times last month sensationalised this under the headline ‘GPs’ private firms grab NHS cash’, referring to examples such as a CCG chair curbing his own involvement in a company that has been commissioned to help obese patients, while his wife remains a shareholder.

The Department of Health has introduced regulations to control the potential for problems. The NHS (Procurement, Patient Choice and Competition) Regulations 2013 impose legal duties on NHS England (previously known as the NHS Commissioning Board) and on CCGs. The regulations state that NHS England and CCGs must:

The task of policing these regulations will fall to Monitor, whose role until now has been limited to supervising a small number of NHS foundation trusts. Monitor has published guidance on how it intends to enforce the procurement regulations. It says offenders may be told to take remedial steps or to pay a financial penalty.

Alternatively, Monitor may accept undertakings to ensure that breaches do not continue or recur. Monitor will look at the seriousness of breaches, whether there is a need to deter similar breaches and the proportionality of any remedy. If the regulator does decide to impose a financial penalty this can be up to 10 per cent of a provider’s turnover.

The extensive nature of GPs’ business interests outside of general practice means Monitor may be busy reviewing commissioning decisions. However, enforcement may not be the responsibility of Monitor alone. In cases where a GP’s fitness to practise is called into question, the General Medical Council will become involved. The GMC has published a new edition of Good Medical Practice, and has given specific guidance on financial and commercial arrangements and conflicts of interest. The guidance will come into effect on 22 April.

The GMC’s guidance says trust between doctors and patients is essential to maintaining effective relationships, and this may be damaged if a doctor’s interests affect, or are seen to affect, professional judgement. There may be cases where conflicts of interest are not avoidable.

‘Probably only the most blatant cases, involving deception or very large sums of money, would cause the GMC to take action’

Examples might include cases where a GP is a member of a CCG and the GP or their spouse is a shareholder in a company that is tendering to provide services. The GMC guidance says whether a particular conflict creates a serious concern will depend on the circumstances and what steps have been taken to mitigate the risks − for example, by following established procedures for declaring and managing a conflict.

Doctors are advised by the council to manage any conflict of interest by excluding themselves from the decision making process and any subsequent monitoring arrangements.

No one could complain about the objectives of the procurement regulations, but it remains to be seen whether Monitor will regulate effectively. Its enforcement guidance gives the impression that it will manage its limited resources by taking action only in cases it considers serious, or in cases where a widespread type of abuse requires deterrence.

In spite of the GMC’s good intentions, it may not regard all breaches of good medical practice or its guidance as being within its remit, because disciplinary action will normally only be taken when a complaint calls into question a doctor’s fitness to practise. Probably only the most blatant cases, perhaps involving deception, concealed financial gain or very large sums of money, would cause the GMC to take action, and most complaints may therefore be screened out.

‘At the start of a new era, it is vital to the success of the reformed NHS that the public has confidence in the system’

What is increasingly apparent is that GPs actively involved in CCGs generally have such extensive interests in private health provision that conflicts of interest cannot be avoided, and the best the public can hope for is that conflicts will be managed.

Taxpayers and patients may not be reassured just because doctors declare their interests and do not take part in decision making. After all, this limited transparency will not enable the public to know what lobbying has gone on behind the scenes by influential CCG members.

At the start of a new era, it is vital to the success of the reformed NHS that the public has confidence in the system. It is not yet clear how effectively taxpayers and patients will be protected by the arrangements put in place to enforce requirements of transparency, and whether it will be left to the media to expose what the public will regard as flaws in the system of financial governance.

David Reissner is a partner and head of healthcare at Charles Russell LLP, david.reissner@charlesrussell.co.uk