How to lift the barriers to post-stroke psychological support

To meet a stroke survivor’s psychological support needs, psychology provision has to be available at every stage in their recovery, with a strong focus on long-term needs. Julie Dunlop and colleagues explain 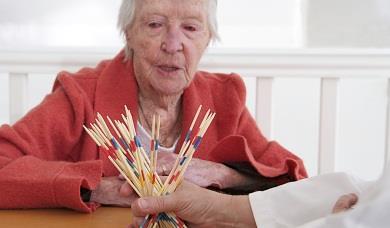 Although the physical impact of stroke is well acknowledged, very little is known about the impact towards one’s psychological wellbeing, which can be just as devastating.

‘The report highlighted clinical psychologists being under-represented in stroke teams’

A survey by the National Audit Office in 2010 showed psychological support following stroke is one of the least well provided areas of need nationally. The report highlighted clinical psychologists being under-represented in stroke teams and consequently leaving stroke survivors feeling isolated, unsupported and at risk of severe psychological deterioration.

One of the key objectives from the Department of Health’s 2007 Stroke Strategy is quality marker 13, which aims to “ensure individuals and carers are screened to identify psychological support needs and ensure identified needs are met”.

A total of 960 stroke survivors who experienced a stroke between December 2011 and February 2013 were offered the opportunity to respond, with 128 completing the survey. This represents 7.7 per cent of all north central London stroke admissions. The youngest respondent was 35 years old and the eldest was 94 years old. The ratio of male to female respondents was 6:5 and 10 per cent responded by phone, 90 per cent responded by mailing back the questionnaire.

Stroke triggered psychological changes in the majority, with 55 per cent of respondents self-identifying cognitive and mood changes and 42 per cent with behavioural changes. Thirty-three per cent of people self-identified a need in seeing a psychologist, and of those 70 per cent reported wanting psychological support between the first six weeks to six months post-stroke.

What are the barriers?

Almost 50 per cent of respondents identified being housebound or having a communication deficit as barriers to accessing a psychology service. This is most concerning and is likely to be an under-represented view, due to those people who are most physically disabled and/or have the greatest psychological needs are possibly experiencing the most barriers to completing a survey.

The North Central London Stroke Handbook is a comprehensive resource of the available stroke information and local services, given to all stroke survivors. It was identified as a useful tool by 40 per cent of the respondents.

Gap analysis identified psychology services across north central London are least available at six weeks and beyond. This results in stroke teams being unable to meet stroke survivors’ support needs – and thus fail in meeting the psychology criterion derived from QM13.

Clinical psychology is only available across the entire pathway from the onset of stroke and beyond within the borough of Camden through the Camden psychology stroke service. It offers stroke-specific clinical psychology support at any stage in one’s recovery.

Improving Access to Psychological Therapies (IAPT) across North Central London offers non-stroke-specific clinical psychology. However, the audit highlighted that stroke stroke survivors who are housebound are unable to to access these services.

Adopting Camden’s model in providing long-term stroke-specific psychological services is one example of a focused service. Developing the role of IAPT services to offer stroke specific intervention is another possibility. Offering home visits to people who cannot access services in the community and utilising a flexible referral process would reduce barriers to access IAPT services, improve quality patient outcomes and is applicable beyond the North Central London stroke population.

Commissioning stroke specific psychologists within stroke teams would further enhance the ability to adopt a psychological stepped care approach, increase inclusion and ensure QM13 is achieved in line with recommended guidance set out in the 2012 National Clinical Guidelines for Stroke and supported by the NHS Improvement Programme.