Improving outcomes for people with diabetes

The majority of diabetes care is undertaken by patients themselves but many people still do not realise they have the condition, which can prove fatal. Better education and use of data could vastly improve patient outcomes, says Gill Hitchcock

NHS chief executive Sir David Nicholson is among 2.9 million people in the UK diagnosed with diabetes. In a speech at Healthcare Innovation Expo 2013 in March, he said: “If you think about someone with diabetes, 99 per cent of their time they are self-caring and that self-care is critical.”

‘f you’re between the ages of 40 and 75 you should get a health check, but fewer than 40 per cent of the folk who should have had this’

In order for the NHS to meet the massive challenge of treating people with long term illnesses, he recognises that the way forward is to work in partnership with the people who have those conditions.

The chief executive of Diabetes UK, Baroness Young, estimates that people with diabetes spend only about four hours a year with health professionals, and her campaigning charity argues for good patient education to enable people with diabetes to self-manage their condition.

Members of the all party parliamentary group for diabetes have highlighted the unsustainable rise in costs of diabetes to the NHS, which the Department of Health estimated at £1.3bn for 2009-10.

The public acounts committee says the DH’s figure is based on poor quality information. However, based on an assessment by the York Health Economics Consortium, Diabetes UK puts the figure at £10bn; 80 per cent of which goes on dealing with complications rather than treating the primary cause.

The charity wants service developers to ensure that education is prioritised, planned as a long term activity and sufficiently resourced to meet the needs of the local population. Access and uptake of structured education for diabetes should be built into the quality and outcomes framework, it says.

Although the framework initially improved diabetes outcomes in primary care, the public accounts committee has found there has been little improvement lately and the current payment system is not driving the required outcomes.

Risk assessment and early diagnosis are another must. “If you’re between the ages of 40 and 75 you should get an NHS health check, but fewer than 40 per cent of the folk who should have had this,” says Baroness Young.

An assessment for those at high risk of developing diabetes would help prevent the condition and early diagnosis could get the right advice to the 850,000 people who have diabetes without realising it. 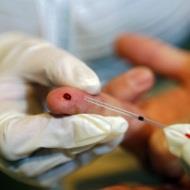 ‘Diabetes creeps up on you. And so it’s a slow killer, but it’s still a killer’

Guidance from the National Institute for Health and Care Excellence sets out that every person with diabetes should have a planned programme of nine annual checks of blood pressure, blood glucose level, cholesterol, feet and legs, blood and urine tests for kidney function, weight, smoking status and retinal screening.

Only 60 per cent of people with type 2 diabetes, and fewer than 35 per cent of those with type 1 diabetes get these checks, Diabetes UK has found. Meanwhile, the DH says its target for primary care trusts to deliver all nine checks to 100 per cent of people is unachievable and that 75 per cent is more realistic. And financial incentives appear to be inadequate: GPs are paid for each individual test they carry out, rather than being rewarded for ensuring all nine tests are delivered.

Better integration of care pathways, would ensure specialist primary, secondary and community care services are available to patients with diabetes when they need them. Poor circulation, as a result of diabetes, contributes to 125 foot amputations each week, according to Diabetes UK; up to 80 per cent of these are preventable if people receive the correct disease management.

The public accounts committee is calling on the DH to ensure its payment systems effectively incentivise good care and better outcomes for people with diabetes. It says the payment by results tariff system in secondary care does not incentivise the multidisciplinary care required to treat diabetes.

‘Unless the government and the NHS start to show real leadership on diabetes, this unfolding public health disaster will only get worse’

Baroness Young also believes health professionals need to form local networks, led by a responsible owner, to ensure they design the right services for people with diabetes, monitor progress and make changes if the results show a lack of improvement.

Another issue for patients with diabetes is the NHS’s failure to make proper use of information. Although the DH has improved its data on diabetes, the NHS is not using this effectively to assess quality and improve care, the public accounts committee found.

The Francis report highlights the appalling record keeping in the case of insulin dependent Gillian Astbury who went into hospital for a fractured hip and died 10 days later in a hypoglycaemic coma after nurses failed to administer insulin. Robert Francis QC highlights the lack of records for Mrs Astbury’s need for insulin.

Tim Kelsey, the NHS Commissioning Board’s director for patients and information, says data saves lives by empowering doctors to have different kinds of conversations about their practice and ultimately might help those with diabetes, as well as other patients, to choose their healthcare provider.

“We are going to ask GPs to start liberating their data from this year and hospitals from next year. And with these two new data resources we can start to really shift the conversation about outcomes and quality,” says Kelsey. “For the first time this year we will start to link data from primary and secondary care so we can start tracking what happens to people across those two contexts in healthcare.”

If current trends continue, the Impact Diabetes report, published in Diabetic Medicine, predicts the NHS’s annual spending on diabetes will rise to nearly £17bn over the next 25 years, accounting for 17 per cent of its entire budget. Meanwhile, the number of people with diabetes is expected to reach 3.8 million by 2020.

Diabetes does not get the same priority as other conditions, says Baroness Young: “Stroke, cancer, heart disease: they are all drop dead events, whereas diabetes creeps up on you. Fifty per cent of people have complications by the time they are diagnosed. And so it’s a slow killer, but it’s still a killer.”

She was dismayed that health secretary Jeremy Hunt made no mention of diabetes in his announcement last year of action on avoidable deaths, and warns: “Unless the government and the NHS start to show real leadership on diabetes, this unfolding public health disaster will only get worse.”